Catching up with… Jake Dixon 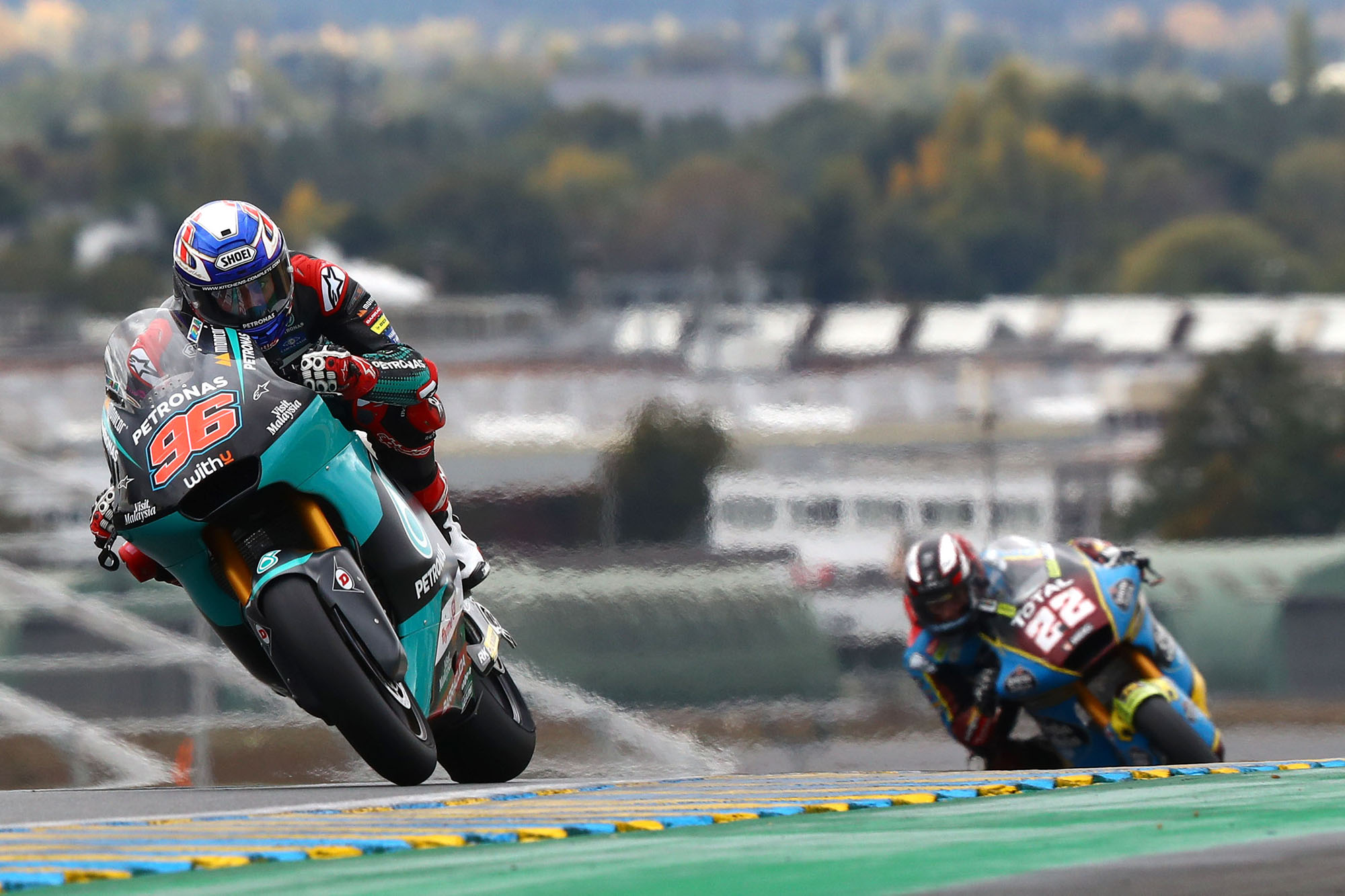 It’s been quite a journey for Jake Dixon to become a leading Moto2 racer. Just a decade ago, 14-year-old Jake was club racing, in the Aprilia Superteens championship, and since then he’s had a rapid rise through the ranks, racing 600s in the British support classes before switching to the British Superbike (BSB) class midway through the 2016 season.

Two full seasons in BSB saw Jake’s stock rise dramatically. His hard charging style took him to second in the 2018 championship, behind veteran Leon Haslam, and won him a legion of fans. Haslam moved onto the world superbike stage the following season, but rather than drawing a comfortable wage and going into the 2019 season as the title favourite, he decided to risk it all and start at the bottom in the Moto2 world championship.

“After 2018 I wasn’t sure what to do,” he remembers. “I had two years going for the championship and I wanted to go to Grand Prix. That’s every kid’s dream, but it’s not that simple. Luckily Frankie (Carchedi, Jake’s personal manager) works inside the paddock and had the contacts to find me a ride.

“I have a good working relationship with IRTA and Dorna and I have to pay a tribute to Mike Trimby of IRTA (International Race Teams Association) because he was ultimately the one who gave me the break and the opportunity to get to where I am now.

“He and Frankie pushed hard for me and Carmelo Ezpeleta (boss of Dorna) wants Brits in Grand Prix. An opportunity arose with the Aspar team. For me, coming from British championships to Moto2 was difficult. The team didn’t know how good I was, so they weren’t inclined to pay me to come and race for them. I was earning good money in BSB but had to step back to earning no money in Moto2. It was a real shock. I have to pay bills like everyone else and had to rely on personal sponsors to get me through the year.”

Dixon’s success shouldn’t be understated. Where most of his rivals grew up racing stiff Grand Prix style machines on the wide and flowing European tracks, Jake’s entire career had been spent riding more forgiving production based machines on the UK’s unique tracks, which tend to be narrow, tight and twisty. It was a tough jump to make, especially as the Spanish Aspar squad were running the unfancied KTM chassis.  It was a bruising season but the 23-year-old Kent lad showed enough potential to get a better ride for 2020.

“It wasn’t the team’s fault but it was hard with the package we had,” he said. “The team was great. Maybe there were some communication problems with my Italian crew chief, so that was always a little bit difficult, but I had to adapt a lot, going from tracks like Cadwell Park to Sepang, which is so much longer and very, very different.

“There was a lot to work out but there were glimmers throughout the year. I topped the wet practice in Motegi and was fast at Le Mans. When conditions were tricky, you don’t rely on the bike as much. Having those sessions gave me the confidence to know that I could do it with the right package around me. It was such a difficult year but I just chipped away and then the Petronas opportunity came up, which I can only put down to having a great manager.”

The move to the Petronas Sepang Racing Team saw Jake move to the more competitive Kalex chassis, in a well run team staffed mainly by British mechanics. Jake went on to be a regular front runner, heartbreakingly missing out on a first win when he crashed out of the lead in France, before ending the season two rounds early after crashing in Valencia and badly breaking his wrist.

“Johan Stigefelt, my team boss, is such a great guy. He pushes me to constantly strive for higher goals and listens to me when I don’t feel things are right. I can’t speak highly enough of him, I couldn’t ask for a better team manager. There are no communication problems. All but one of my side of the garage are British, and Carlos, who is from Majorca, speaks perfect English too – you wouldn’t know he’s Spanish!

“It was a strange year in terms of Covid-19. It’s a sad time and we were very lucky to have Dorna, who did an amazing job to put on a 15 round championship. If you’d have told me during lockdown that I would have had fourth positions, many top 10s, I would have been pretty happy with that.

Unfortunately I crashed out of the lead in Le Mans, but all great things will come to the top eventually and I feel now that I’ve made a breakthrough. I was consistently fighting inside the top 10 at every round and it’s great to know that I can cut it in Moto 2, and this is only the start of what’s to come as I feel that I am still at the early stages of my career.”

Currently Jake is at home recovering from surgery on his broken wrist. He’s planning to be back on a bike in early March, as he looks to make 2021 the season when he finally stands on a Grand Prix podium.

He’ll be joined in the Petronas set-up by none other than Valentino Rossi, who will run in the squad’s MotoGP arm, something that’s exciting the ever passionate Dixon. “Valentino has been a massive idol of mine,” he continues. “I met him for the first time in Austria and was a bit of a fan boy. He’s such a great person for the sport, a nine-times world champion and an all-round good guy. Unfortunately we won’t be sharing the same box as him, but to be part of the same structure is awesome.”

And the opportunity for Jake to fill the boots of Rossi when the Italian legend finally retires also looms large. With Cal Crutchlow bowing out of racing this year, Britain faces the prospect of having no rider in the premier racing class in 2022. Organisers Dorna have always stated their desire to ensure there’s British star in their premier championship, and press speculation suggests that Jake is being groomed for a place in the top class in the not too distant future.

And while Jake has eyes on a place in MotoGP in years to come, he says he doesn’t feel the weight of expectation from British fans on his back. “Pressure is a good thing, because it means you are doing something right and if I ever feel pressure then that’s only a positive thing.

If the opportunity arises to get a place in MotoGP one day then so be it. There’s nothing I can do except try my best on the track and off it too. It will happen in its own time and I just have to try and be ready for when that happens.”

The 2022 British Motorcycle Grand Prix is just days away, and it’s the home round for Carole Nash sponsored rider Jake Dixon in the intermediate Moto2 class.