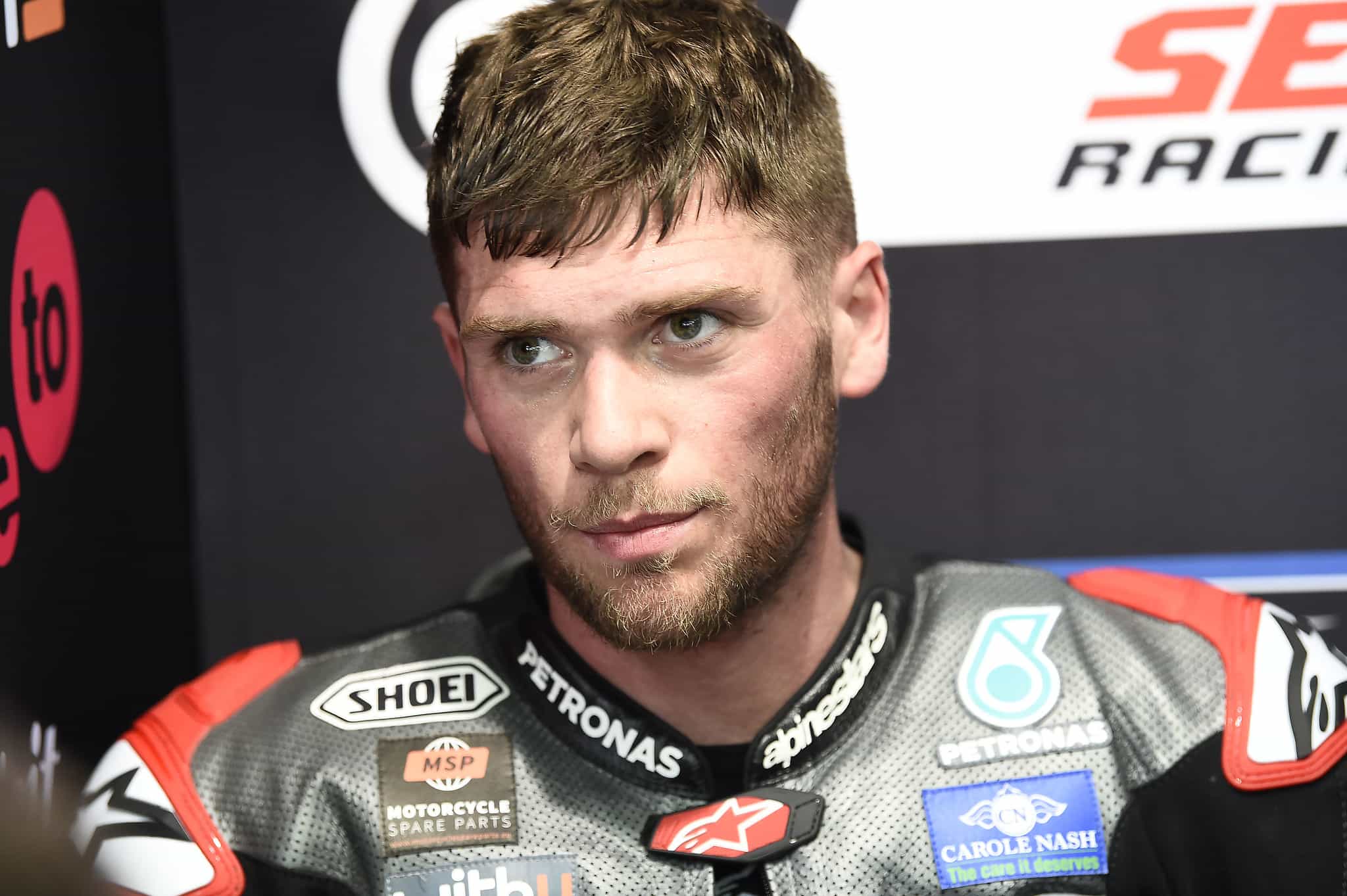 The popular Brit crashed during practice for the first of the two Grands Prix held in Valencia last November and suffered a badly broken right wrist. The intervening four months have all been about punishing rehabilitation for Dixon, whose surgeon originally told him he might never race a motorcycle again, and this weekend he will finally throw a leg over the Triumph-powered Petronas SRT Moto2 machine he hopes will take him to his first GP win.

“It’s not been an easy road,” the former British Superbike Championship runner-up told Insidebikes. “My routine has been the same for the past three months and I’m sick to death of it. It’s been boring, but I guess I shouldn’t have fallen off!

“Having the injury at the end of the season, rehabbing and then being told by your surgeon that it could be a possibility that you might not be able to ride again, because it’s so bad, has been difficult but I feel like hopefully we are through the worst of it and there’s only better times to come.”

Last season was the 25-year-old’s second campaign in the ultra-competitive Moto2 series. He led the French Grand Prix, before crashing out, and was starting to look like making a breakthrough and becoming a regular podium challenger when his season was curtailed with three races to go.

While most of his rivals spent the winter months out in Spain, staying bike fit by doing track days and training with dirt bikes, Jake has been working on his rehabilitation programme back home in the UK.

As well as his gym based training, in the past few weeks Jake has been able to get back on motorcycles, getting in some motocross sessions and putting in some laps on mini bikes at a local kart track, although he sat out a private Moto2 test at Portugal’s Portimao circuit earlier this month in order to continue his rehabilitation at home. That will change this weekend though, when he will join the rest of the Moto2 grid in Qatar for three days of testing ahead of the first two rounds of the 2021 season, which take place at the same Losail circuit.

“I didn’t want to go out to Portugal and find that it was a wasted trip, so I have just been riding back at home,” the 25-year-old continued. “That’s allowed me to continue rehab and trying to get my wrist back to where it needs to be, which I wouldn’t have been able to do over there. I won’t be 100% (for the opening rounds) but I will be fit enough to ride. It’s a long season, so there’s no rush. We’ll see how we get on and take the first few rounds and tests steady and slowly build into it. By the end of the year I want to be having race wins and podiums, because that was on the cards in 2020.”

Away from his rehabilitation, or perhaps as part of it, Jake has been keeping himself sharp by taking up sim racing – the highly competitive eSport that’s being adopted by professional car racers as part of their training programmes. “I used to be really into karting and during the first lockdown I bought myself a sim,” Jake adds. “It was just a basic one, but as it went on I have upgraded it. It’s quite expensive but it is great training. In fact, if it wasn’t for that I don’t think I would be half as good as I am back on the bike. I think it’s a great training tool, and not just for car racers. I do love car racing and, hopefully, after my bike racing career I would like to go and do some car racing myself.”

But for now Jake’s focus is on two wheels and getting back to fitness for what many will be hoping will be his breakthrough season. With Cal Crutchlow and Bradley Smith both dipping out of the MotoGP class at the end of last year, there will be no Brit in the top bike racing series for the first time since 2010. Over the years, championship organisers Dorna have made no secret of the importance they place on the UK market, nor their desire to see a strong British rider in the elite class. Jake’s association with the Petronas SRT squad, which also runs Valentino Rossi and Franco Morbidelli in MotoGP, puts him in a strong place to move up to the top tier in 2022 if he can do the business in the intermediate series.

Jake concludes: “I want to win the championship, of course! I need to be more consistent from early on and if I can hit my form early on then that will automatically be much better (than last year).”

You can follow Jake’s progress on BT Sport, who will once again be showing every race, qualifying and practice session live throughout the season. He’ll also be checking in regularly on Carole Nash’s social media channels, so make sure you follow us for Jake’s latest news and behind-the-scenes insight.

The 2022 British Motorcycle Grand Prix is just days away, and it’s the home round for Carole Nash sponsored rider Jake Dixon in the intermediate Moto2 class.