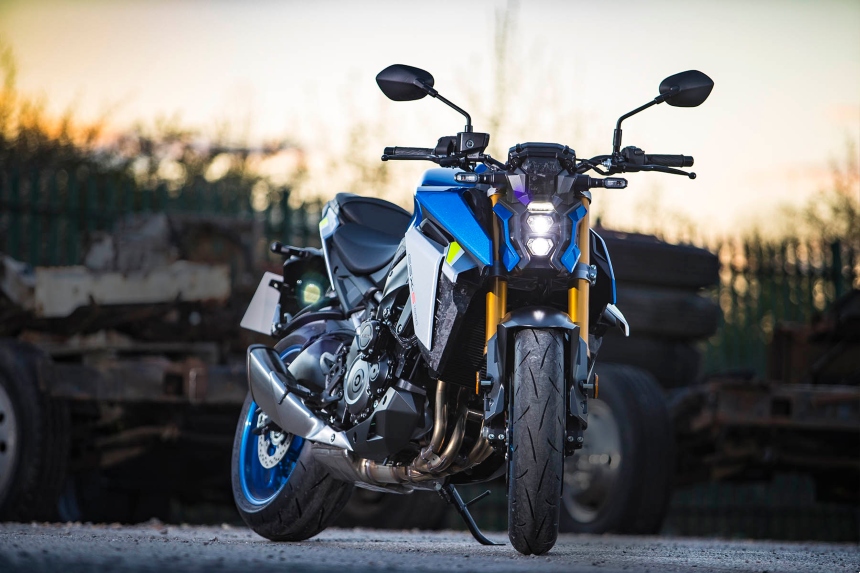 So, what’s new that would make you want to part with £10,999? Well, the most obvious change to the naked eye, is what Suzuki have done with the aesthetics. The GSX-S has undergone an aggressive restyling with completely new bodywork, which comes in three colours: triton blue, matt grey or gloss black, as they’re known in the Suzuki catalogue. They’ve given the GSX-S a new, vertically stacked LED headlight, taillight and indicator set too.

Suzuki have kept the same engine platform as they had previously but have equipped the GSX-S some new components, to deliver more power and a better torque curve. This includes a new exhaust, throttle bodies, airbox and slipper clutch, meaning the GSX-S produces now 150 horsepower. They’ve also gifted the new model with a full electronics suite, that includes a ride by wire throttle, quickshifter, autoblipper, selectable engine maps, traction control and ABS. It also has Suzuki’s low RPM assist, which raises engine speed as the clutch lever is fed out at low speed to prevent stalling. 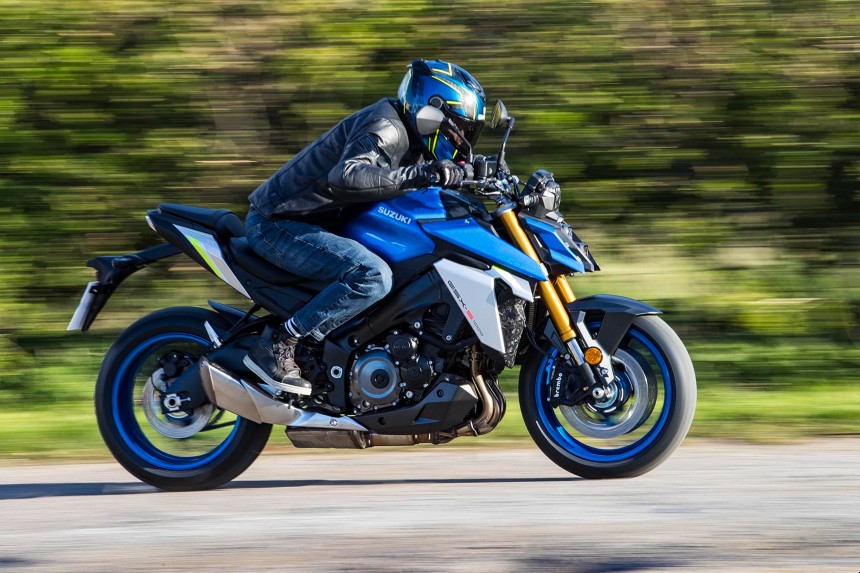 The new GSX-S has the same chassis and suspension components as the previous model, but the settings have been revised slightly, while the handlebars are now 23mm wider and 20mm closer to the rider to offer a more comfortable and ultimately better ride. It’s also got a slightly softer seat, which is handy as the GSX-S also now comes with a generous 19 litre tank, that Suzuki say will give you just shy of a 200 mile range.

But the best part? The GSX-S1000 will be in dealers at the end of June, and retails at £10,999 which is incredibly low compared to its competition. That could easily make it the very best value for money supernaked out there, if you aren’t interested in Italian bling, or gold stamped components. We can’t wait to find out if it can cut the mustard…