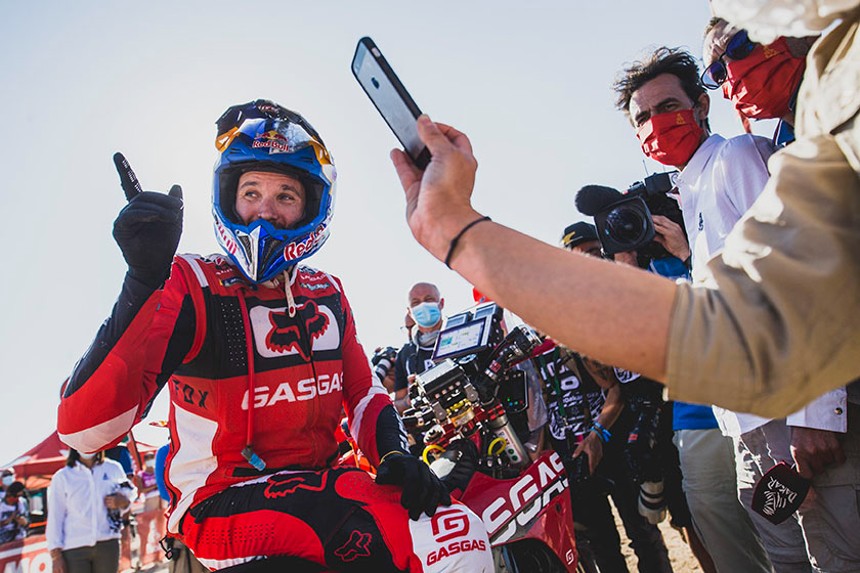 The Dakar has always been incredibly impressive spectacle for both man and machine, spanning thousands of miles of unknown routes across gruelling long stages, in a rally like no other. And at the end of it all? Well, it was British rider Sam Sunderland who took the spoils for his second time, and a first for KTM’s most recently acquired brand, GASGAS and their Factory Racing Squad.

After 12 stages of riding and a whole host of difficulties in the Saudi Arabian landscape, Sam Sunderland took the win by just three minutes and 27 seconds. That may sound like a lot in racing terms, but this is after well over 38 hours of riding, which shows just how tight the field was. For the win, Sunderland beat Honda’s hard charging Pablo Quintanilla, with KTM’s Mathias Walkner completing the podium on his KTM. 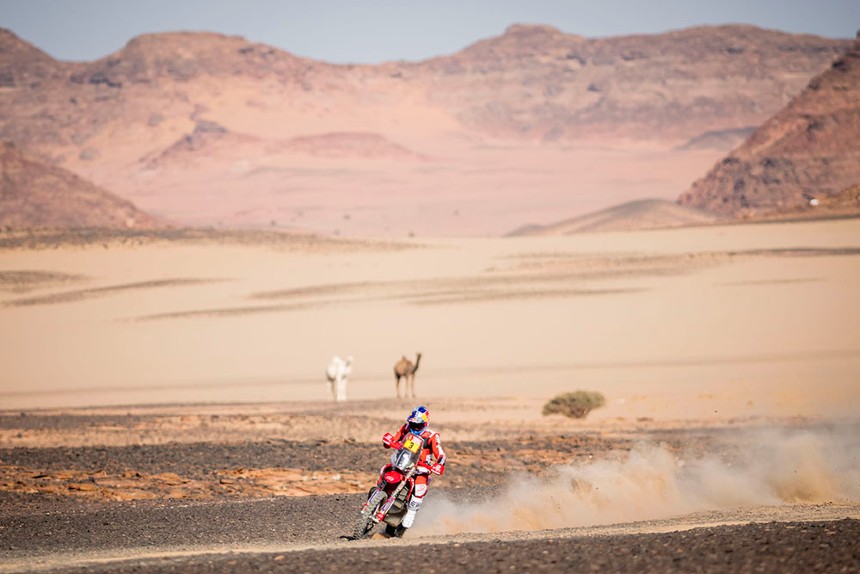 Speaking after his win, Sunderland said: “Wow. What a feeling! That 10-minute period waiting at the end of the final stage to see if I’d won felt like a lifetime. But this feeling, knowing I’ve won a second Dakar, will stay in my memory forever. This win feels better than the first as this victory was anything but easy. The times were so close this year and there was no time to let off the gas, it was a really close race, right to the end.

“All of the hard work, the sacrifices, and everything that the GASGAS team has done for me makes it all worthwhile. It’s been five years since my first Dakar win, and it’s been a long time to wait! I’m super happy to get another win and claim the first one for GASGAS. Everyone on the team has worked so hard to achieve this and it’s a true team effort – together we got the job done. Amazing.”

With some big-name additions to the field this year, the 2022 Dakar Rally seemed to receive more attention than usual, as ex-MotoGP rider and race winner Danilo Petrucci lined up in the desert for the first time. Although he didn’t feature in the overall standings due to a mechanical issue on day three, Petrucci impressively delivered a stage win which puts him in good stead if he looks to return next year.

With four different manufacturers (GASGAS, Honda, KTM and Yamaha) in the top four too, the future’s looking bright for two-wheel rallying. We can’t wait for next year.

Carole Nash ambassador Jonathan Rea shows no sign of ending his dominant streak in the Superbike World Championship, winning two out of three races in the opening round of 2021 to head the standings and become the first racer to score a century of race...