Please note the contact details below are for accredited journalists or anyone wishing to obtain company information relating to press issues only.

Pothole Capitals of the UK 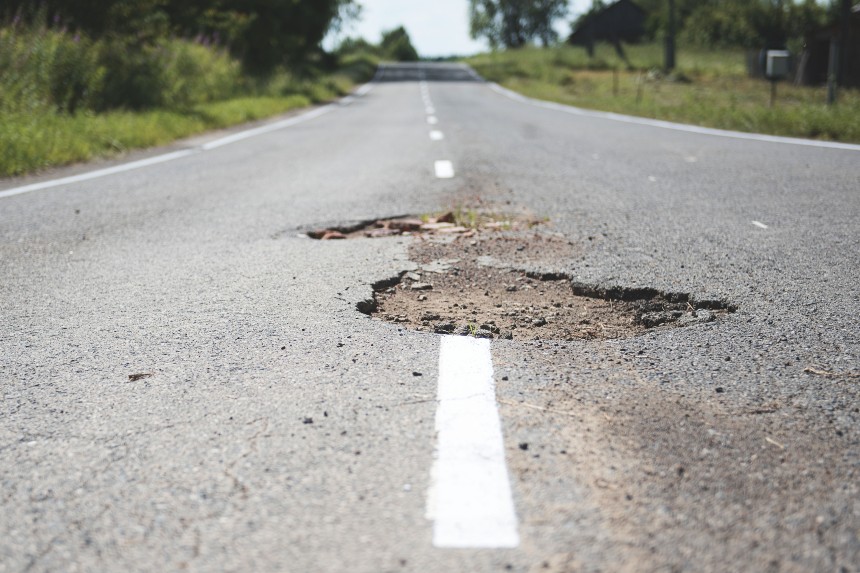 Cornwall, Cambridgeshire and Derbyshire are the Pothole Capitals of the UK, with over half a million (567,010) combined.

Potholes are a pet peeve for all road users and for good reason; they cause damage to vehicles and can cause accidents when drivers and motorcyclists swerve or break to miss them. There is no avoiding them; there an estimated 1.7 million of them all over the UK2.

Motoring insurance experts Carole Nash have investigated which locations around the UK have the highest number of reported potholes. A freedom of information request with UK councils3 revealed that the worst areas for potholes in the UK based on the number reported to local councils are:

In comparison, the councils with the least amount of reported potholes were: 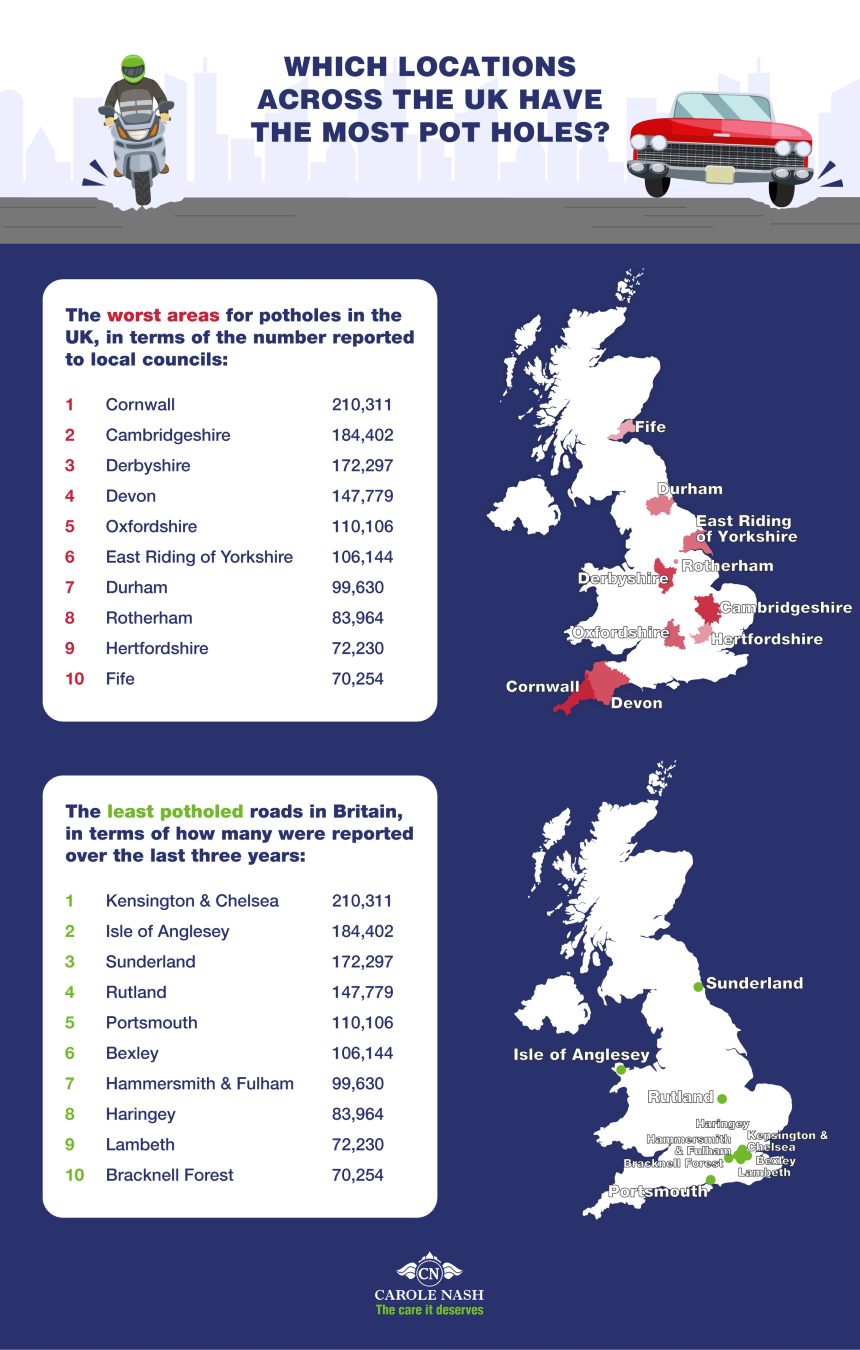 The results indicate that there is no specific area of the country where drivers and motorcyclists can expect better kept roads. In fact, the areas where the least amount of public useage takes place (inner city London for example where most of the traffic is taxis or buses) is where the best roads are located.

This is something the government recognises as a problem, with Rishi Sunak (Chancellor of the Exchequer) pledging a fund of £2.5 billion to repair 50 million potholes in his March 2020 Budget4. But is this enough?

Lawyer Nick Freeman does not think so as last month, he campaigned for new laws to be introduced that avoid criminally implicating motorists for any incidents involving potholes5. He argued that motorists are not responsible for the maintenance of the road and therefore cannot be held accountable for any incidents that occur if they have been poorly kept.

According to research6, 70% of councils only define a pothole if it is a 40mm deep cavity in the road; the depth of which has the power to crack or even destroy a wheel if hit at the wrong angle.

Any improvement looks to be wishful thinking as only one in six motorists report the issues they experience to local authorities and only one in fourteen claim for damages caused by potholes7.

Pothole categories also add another layer of complication; only if a pothole is deemed ‘category 1’ (deeper than 4cm or wider than 15cm) will Highways England make it safe, before full repairing within 28 days. All other potholes, ‘category 2’ are deemed ‘non superficial’ and have 6 months to be fixed or can be left by local councils to be repairs by future improvement schemes8.

Mark Copper, Head of Product at Carole Nash said: “Potholes continue to be an ongoing issue for all motorists and shockingly the number of damaged roads is now estimated to be in the millions. Unfortunately, the government is falling behind on trying to repair them, with the backlog going back 14 years or so and costing in the region of £12 billion to fix.

"The really serious issue is that if extremely damaged roads are not fixed in the next five years, they will be forced to close due to being a safety hazard. And these safety hazards are exaggerated many times for motorbike users, where the hitting of a pothole can prove fatal. When we take all this into consideration, it’s hard not to agree with Nick Freeman’s point of view – that motorists are not responsible for the maintenance of roads.

"The most important thing to takeaway here is that all motorists should be reporting potholes to their local council as this is the only way we can ensure the upkeep of our roads in the future.”