Please note the contact details below are for accredited journalists or anyone wishing to obtain company information relating to press issues only.

The Rules Around Listening to Music Whilst on The Road 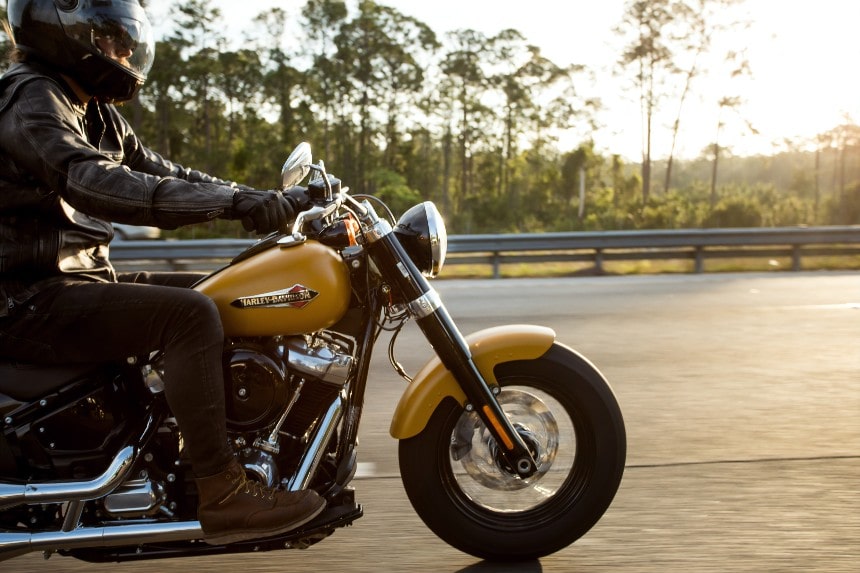 Here in the UK, we love to listen to music whilst out on the road. If we’re jumping on a bike for a Sunday ride you can bet that we’ll be travelling along to a soundtrack – 64% of road users told us they always put a tune on.

But what are the rules around listening to music while riding a motorcycle? And how well do we know them? We’re here to explain.

Are motorcyclists allowed to listen to music?

We surveyed thousands of road users to find out what they knew about the Highway Code and its guidance on listening to music.

Almost half (45%) said they thought listening to music whilst in control of a motorcycle was illegal in the UK. Many people believe this, but it is not actually true.

One in ten (9.4%) also thought it was illegal to sing along to music while out on a motorcycle.

The Highway Code does not prohibit motorcyclists from listening to, or singing along to, music. However, there are some strict guidelines that riders need to follow to ensure they don’t get hit with a fine or penalty points.

There are some rules to be aware of

There are a few important things that a motorcyclist can do to be as safe as possible on the roads:

Motorcyclists are allowed to listen to music whilst on the road, but there is some particular guidance around this. Point 148 of the Highway Code says:

Safe driving and riding need concentration. Avoid distractions when driving or riding such as:

Essentially, listening to music may be allowed, but should be avoided if it is deemed to be a distraction.

In our research, the majority (58%) didn’t know that the Highway Code advises against playing loud music. Nearly two thirds (62%) also weren’t aware you should always find a safe place to stop if you want to put music or the radio on – never do this while on the move.

Driving a motorcycle whilst listening to very loud music, or not pulling over to put on a playlist is very risky and could indicate a lack of proper control over the vehicle or imply that you are riding without reasonable consideration for others.

Both are very serious offences and could lead to a fine of £5,000, nine penalty points, or even a disqualification.

According to AskThePolice, ‘it is not an offence in itself to listen to music on a mobile device whilst driving, riding or cycling. However, listening to music can be distracting. You need to be able to bring to bear all the senses you can and being able to hear is important in enabling you to be in proper control of your vehicle in traffic. A person using a device playing loud music, may, therefore, be deemed not to have proper control of their vehicle or to be driving without reasonable consideration for others, both of which are relatively serious offences.’

The rules around wearing headphones

However, the team at IAM RoadSmart recently confirmed that while it is not set in law, the same guidance applies to headphones as it does to playing music through a car stereo:

Experts at IAM RoadSmart added ‘A really good driver (or rider) uses all their senses to anticipate problems. Cutting out your hearing could mean you miss key clues about the road surface such as black ice, or warnings from other road users. Added to that is the distraction factor of anything you have banging away directly into your ears. Some types of music have been shown to make us speed and be more aggressive, and that intimate podcast you saved up could be so good you start thinking about it and not the road ahead.

What about if you’re parked up?

Believe it or not, but it is still possible to get into trouble if you are playing loud music from a stereo or audio device (and other people can hear it). Local authorities have powers to issue a noise abatement notice – which is the same as if you had loud music on in your house and were disturbing your neighbours.

Under section 59 of the Police Reform Act 2002, the police also now have much stronger powers - but they have to be on the scene to deal with it. Traffic police could stop and seize your vehicle if they deem it to be causing alarm, distress or annoyance to members of the public.

Essentially, if a police officer sees a biker with a loud stereo, the offender can be warned to turn the volume down and if they don’t their bike could be seized.

Much of the Highway Code is founded on common sense, and it is easy to see why listening to loud music or putting a playlist on while on the move would distract a rider.

Our recommendation is always to be cautious, careful, and considerate of other road users. If you think that your music could be distracting you then turn it off or turn it right down.