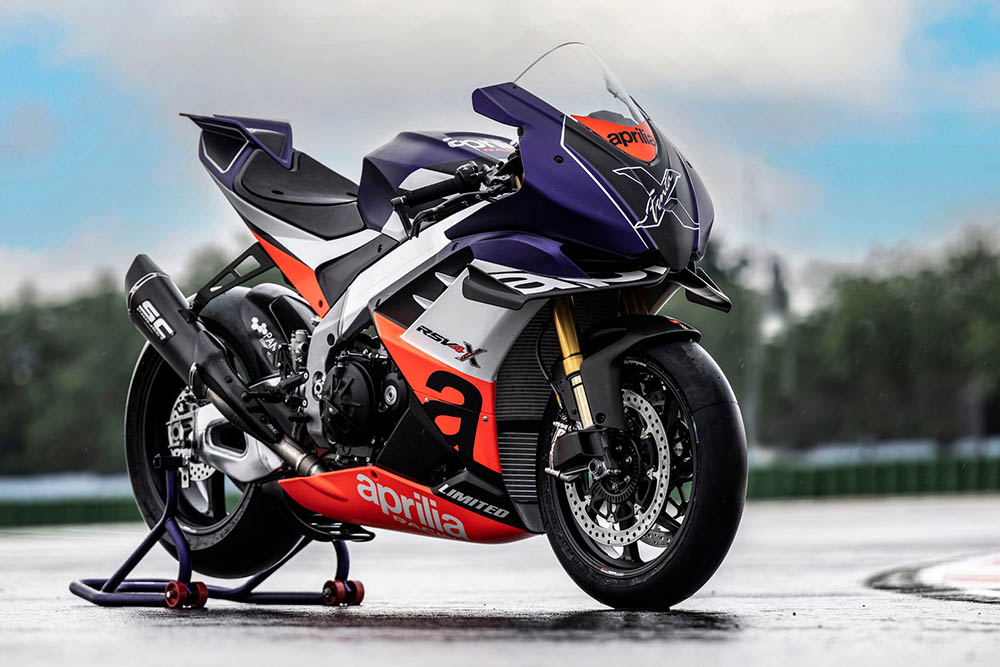 Aprilia’s RSV4 Factory is by no means a slouch, utilising an impressive engine, an incredible chassis and a full suite of electronics, topped off with an impressive aero package. But if that’s not enough for you, then they’ve just released the ultimate RSV4, dubbed the XTrenta.

Celebrating the 30th anniversary of Aprilia’s first World Championship title, the Xtrentra has been created by Aprilia’s racing department using a whole host of MotoGP-inspired tech, which Aprilia say brings it the closest thing they’ve released to their RS-GP racer. For starters, the XTrenta pumps out a mighty 230 horsepower, thanks to an increase in the compression ratio alongside a new SC-Project titanium and carbon exhaust system (with a GP spec track option available), Sprint air filter and superbike-derived radiators, in order to cope with the heavy track use.

The fairings are now made by PAN Compositi (the same process as their GP fairings) and not only do you get those monsterous RS-GP front wings, but in a first for superbike aero there is also the under swingarm aero, alongside aero on the rear. All of this adds up to aerodynamic load increases of 25%, and a drag reduction of 4%, which are pretty impressive numbers.

Electronically, you get a new Magneti Marelli control unit that has been specially calibrated for even more performance, while the XTrenta also comes complete with a JetPrime switch gear set, alongside Spider Footpegs, levers and a CNC fuel cap. It is then completed in that stunning interpretation of the championship winning 125cc machine ridden by Alessandro Gramigni in 1992, which we think looks absolutely sublime.

Be quick though, there’s only 100 up for grabs available via the factoryworks.aprilia.com website, and if you are lucky enough to pick one up you have to go and get it from the factory itself, where you’ll get a tour, alongside a special bike cover and mat.