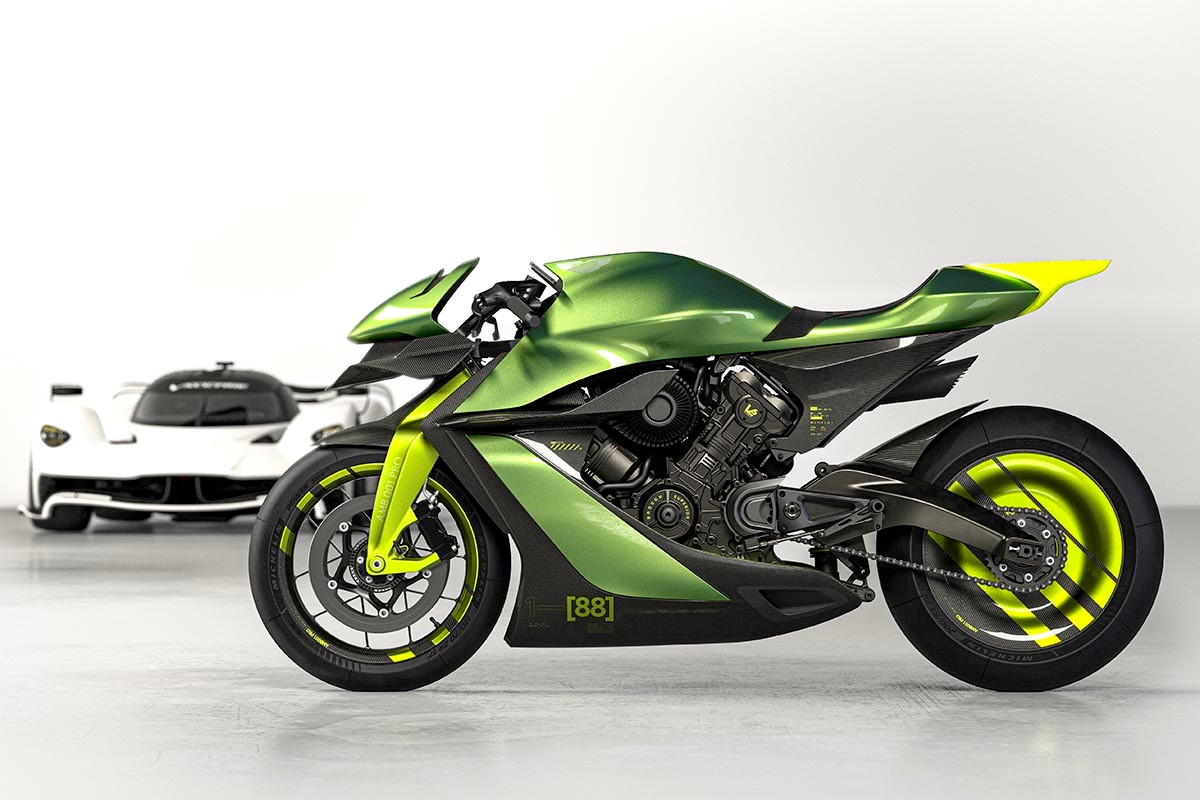 The result of a collaboration between Aston Martin and Brough Superior, the AMB 001 Pro is a 225bhp, 997cc, track only V-twin – inspired by Aston’s own Valkyrie AMR Pro track car. It follows on from the AMB 001 of 2019, which sold out all 100 examples soon after being announced at that year’s Milan Motorcycle Show.

The Pro version will be limited to just 88 examples and has a 25% power increase over the original, courtesy of a revised engine which is machined from solid billet aluminium. As with the ‘standard’ model the AMB 001 Pro features a turbocharger to boost the big V-twin’s power output, making it a unique proposition in 2023’s motorcycling landscape. The chassis is also handmade and features race car style aerodynamics, including side mounted spoilers and a large aerodynamic wing like those found on MotoGP racers. It also uses ‘Fior’ style front suspension, similar to the system used by John Britten on his legendary 1990s racing bikes.

There’s one colour option, metallic green with lime accents in the style of Aston’s Formula One racers, and attention to detail is stunning, as you would expect from a limited-edition motorcycle built by Brough Superior and wearing the Aston Martin badge. Despite a six-figure price tag, the AMB001 Pro likely to be a smash hit with collectors.

The AMB 001 Pro will be built at Brough Superior’s factory on the outskirts of Toulouse in France, with delivery due late 2023.