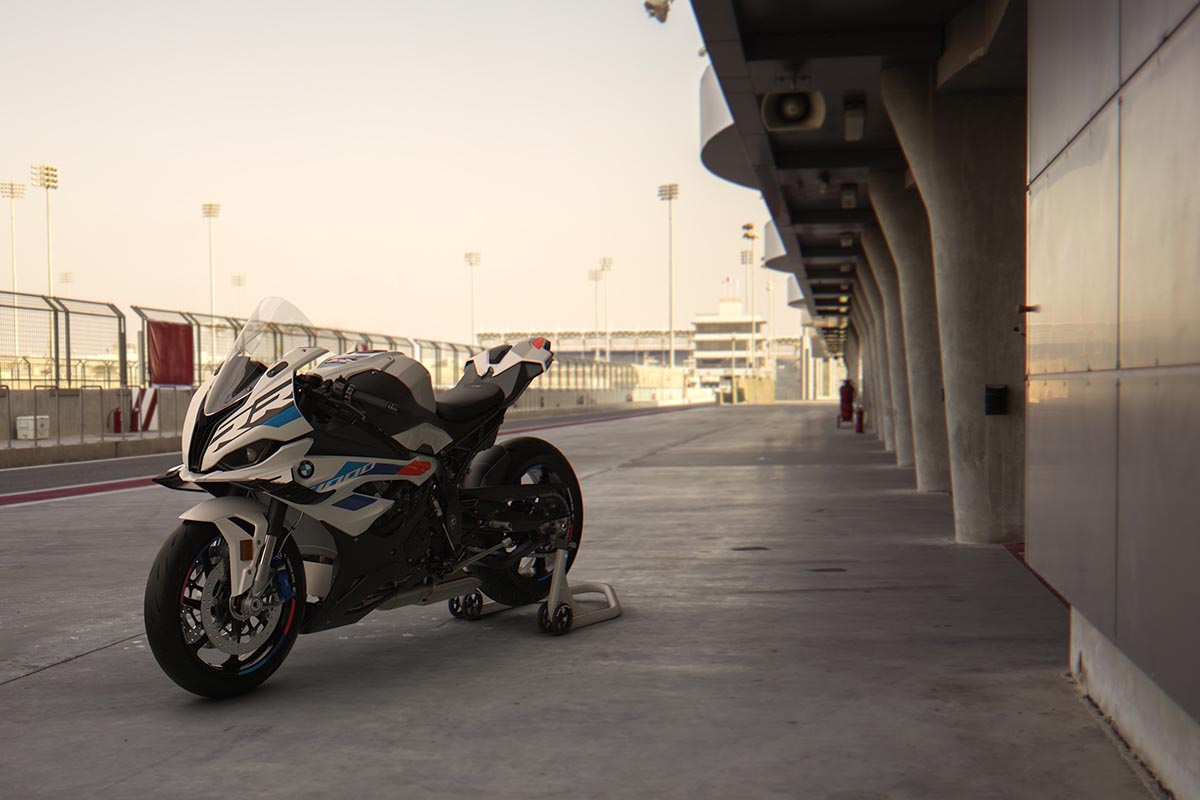 Although it hasn’t quite hit the mark in terms of racing results, BMW’s fourth generation of the S 1000 RR has been an impressive beast since its release in 2019, offering up not just an incredible amount of performance on track, but also some solid road-going ability too. And for 2023, it’s set to get even better, with improvements to near enough every aspect of the RR.

Although it still retains the same four-cylinder engine, BMW are now claiming 210bhp at 13,750rpm, which is 3bhp more than the previous model, alongside a sizeable torque figure that sits at 113 Nm. This slight improvement is mainly thanks to some new intake port geometry and the intake ducts design which is inspired by the M RR engine, while the secondary gear ratio has been shortened by one tooth too, going from 46 instead of 45. You also get the M lightweight battery as standard.

The new S 1000 RR also comes equipped with not only revised chassis in terms of more flex but also some big alterations to the geometry, which includes changes to everything from the head angle to the wheelbase. On top of this, the new RR receives the M Chassis Kit as standard, which means that you get the adjustable swingarm pivot point and raised rear end. Electronically, there’s also a new Slide Control function within the Dynamic Traction Control settings, which uses the steering angle sensor to determine and allow small amounts of rear wheel drift, which can be pivotal in getting a big bike turned. The ABS has also seen some improvements, with a new Brake Slide Assist and ABS Pro ‘Slick’ functions, aimed at track riders who want to control how much slide they get under braking.

They’ve then given it a nice little makeover too, that includes not only a full suite of aero (something previously reserved for the homologation special M 1000 RR) but also a higher screen and a redesigned rear end, which doesn’t just look smarter but is also lighter as well. To finish off, there are three new colour schemes as well, which all look absolutely stunning in our opinion.

As far as pricing goes, you’re looking at £17,150 for the bog standard S 1000 RR and £18,610 for the S 1000 RR Sport, which comes equipped with the Dynamic package (Dynamic Damping Control, Riding Modes Pro, Heated Grips and Cruise Control). For those wondering, there will be no ‘M Package’ for the new RR, but you will be able to spec the machine exactly how you like instead, including giving it a set of carbon wheels.