Crighton CR700W set to be ultimate iteration of Norton rotary 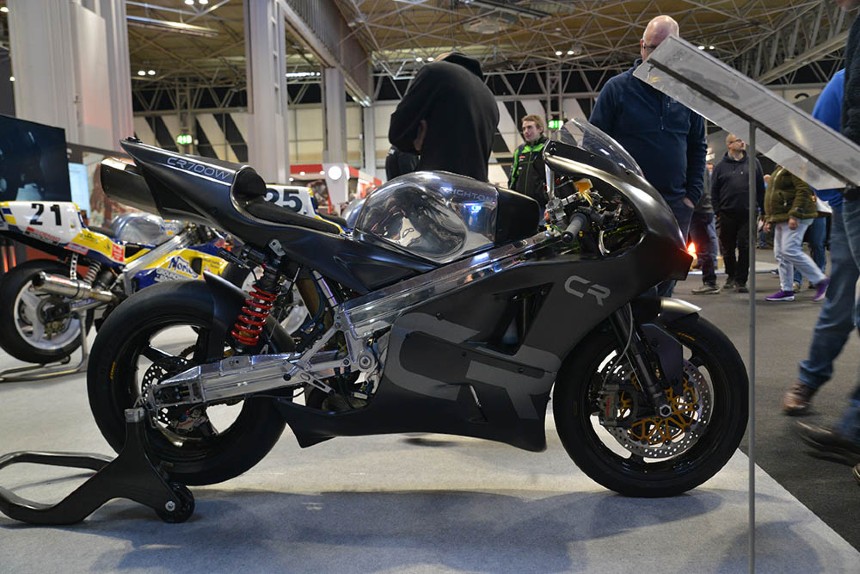 For motorcycle racing fans of a certain age, the name Brian Crighton is held with a certain amount of reverence.

As an engineer for Norton in the mid-1980s, Crighton developed the twin rotor Wankel engine which powered the struggling company’s wares during another tumultuous period of the iconic brand’s history. And while the novel engine couldn’t stop yet another Norton bankruptcy, it did create some more memorable moments in the company’s already storied history.

While street models like the Interstate and Classic failed to create much interest, the sporting F1 wore classic black and gold JPS livery and gained quite a following. The Spondon framed F1 spawned from the works RCW588 racers, and with it came some of the most memorable moments in Norton history.

Crighton developed the Norton rotary engine for the tracks, adding watercooling and upping the power output to around 140bhp. Although not originally eligible for most racing, owing to the rules having no reference to the capacity of a rotary engine, Crighton fought to get the bike on the grid with the traditional 750cc fours in the British Superbike (BSB) Championship.

Despite being famously difficult to ride, Steve Hislop won the 1992 Isle of Man Senior TT – one of the most iconic moments in Island history – while fellow Scot Ian Simpson won the 1994 BSB title on one. It was also allowed into 500cc Grand Prix racing and made fleeting appearances under the Roton banner.

Fast forward 30 years from Hizzy’s TT victory and Crighton is still at it. Now, for £102,000, you can buy the ultimate evolution of his rotary dream – the Crighton CR700W.

Shown for the first time at this month’s Motorcycle Live event, the CR700W is a hand built (to order) track bike delivering a claimed 220bhp in a chassis weighing less than 130bhp – a power-to-weight ratio that’s well into MotoGP territory.

The 73-year-old engineer has mixed the latest technology with some old school bike design know how. There’s no traction control, riding modes or ABS, but there is plenty of lightweight carbon fibre, top end Brembo stoppers and some fancy suspension, which can be specified from either Bitubo or Ohlins. The chassis has been made by former Spondon staffers, further reinforcing the Norton link, and performance figures aside it’s a real work of art – being crafted from 7000 series aluminium alloy.

A prototype has been seen putting laps in around Silverstone with British GP2 champion Mason Law at the helm and the plan is to build a maximum of 25 bikes.

If you’ve got a spare hundred grand and fancy something very special in 2022, head over to Crighton Motorcycles to express an interest.