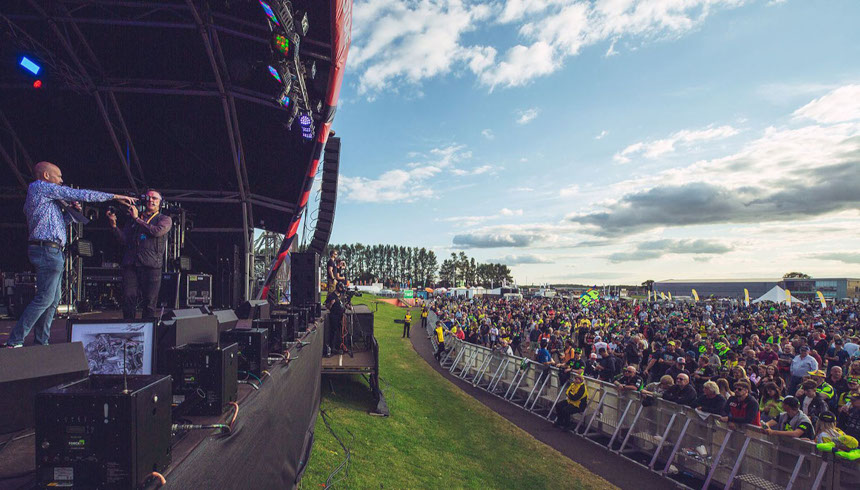 Among the many casualties of the Covid pandemic was the annual Day of Champions event, which raised funds for the Two Wheels for Life charity (and its predecessor Riders for Health). It was a permanent fixture on the MotoGP scene for over two decades, giving fans an opportunity to get close to racing royalty in a true festival ahead of the British Grand Prix.

With the cancellation of the 2020 British MotoGP round, and Covid regulations forbidding public access to the paddock in 2021’s race, the event has had a two year hiatus. The good news is that it’s back for 2022, and tickets are on sale now.

This year’s event looks like following the traditional DoC format, with a mass ride in to the Silverstone circuit on the Thursday ahead of the British Grand Prix (Thursday 4 August), followed with a packed day of entertainment and a stage show featuring all the big MotoGP stars and a number of exclusive auctions are all taking place during the day. Paddock access and a pit walk are also available for an extra fee, while former British Superbike Champion and 500cc Grand Prix podium man Niall Mackenzie will also be leading a ride around the hallowed Northamptonshire asphalt, in a package which includes paddock access as well as a seven-mile, two lap, spin around the circuit.

Funds raised at the event go to support Two Wheels for Life’s work in providing motorcycles to deliver medical care in rural Africa. Tickets can be purchased from the Silverstone website.