Ducati’s Diavel gets the V4 treatment for 2023 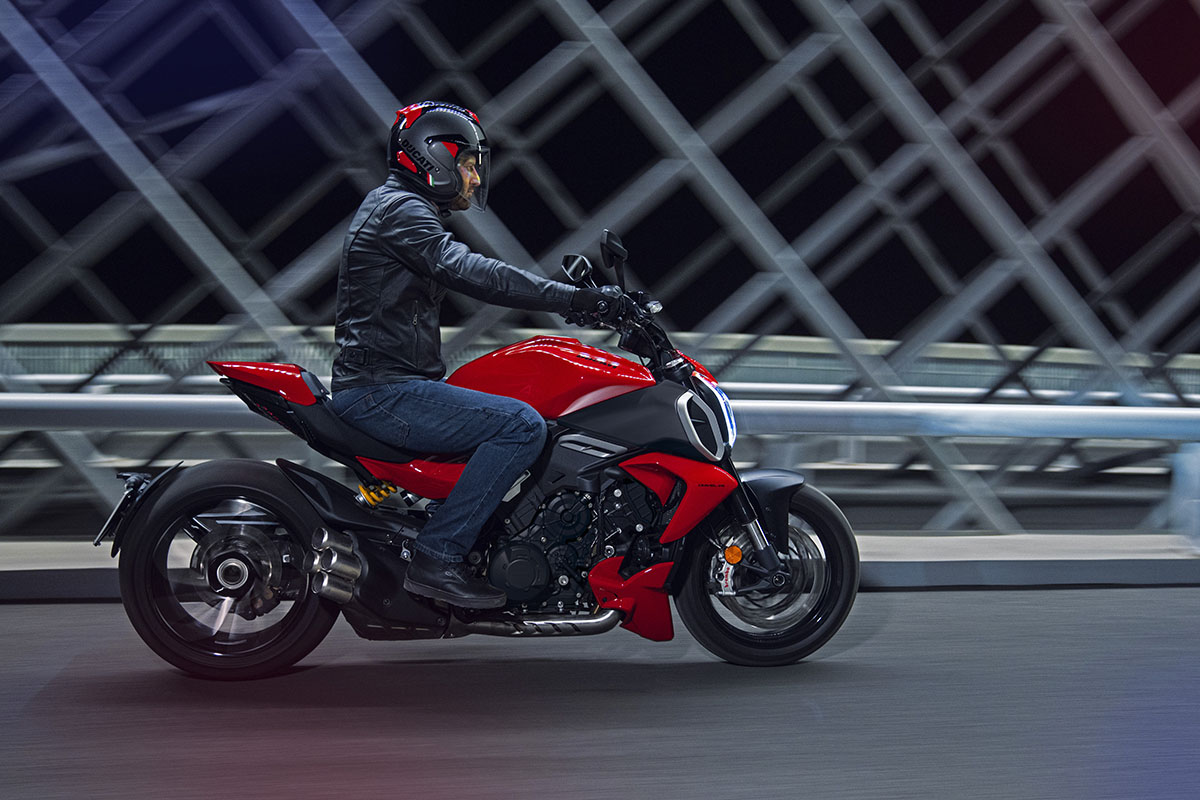 Ducati’s Diavel has always been a mighty beast. With truck pulling torque figures, aggressive looks and a surprisingly nimble nature considering the weight and pseudo cruiser appearance, the brutish muscle bike has done itself proud in Ducati’s range. And, now it’s swapped the old V-twin motor for an iteration of the V4 Granturismo engine, it’s set to be bigger and better than ever.

Adopting the 1,258cc engine V4 unit that we loved in its Multistrada guise, the new Diavel V4 pumps out 168bhp and 126Nm torque. It comes packed with all the latest tech, with the twin-pulse firing order and the rear cylinder deactivation too, which Ducati say will improve the efficiency if you’re (ever) riding it at slow speeds. The engine doesn’t only pack a punch, but it’s also a not insignificant 5kg lighter than the previous 1260cc twin engine. Combined with a few other tweaks to the chassis, it means that the new Diavel V4 sits an impressive 13kg lighter than the outgoing model.

This works alongside a slightly adjusted riding position, with the ‘bars being brought in 20mm for a bit more manoeuvrability at slow speeds, while an extra 15mm of extra suspension travel on the rear is set to make the Diavel V4 handle slightly better when pushing on. It also comes equipped with Brembo Stylema calipers, alongside a full suite of electronics that covers three power modes, four rider modes and the whole raft of rider aids, including cornering ABS, traction control, wheelie control, cruise control and launch control, which is changeable via the 5” TFT dash. As you’d expect from a top end motorcycle, it also comes with a quickshifter and autoblipper as standard.