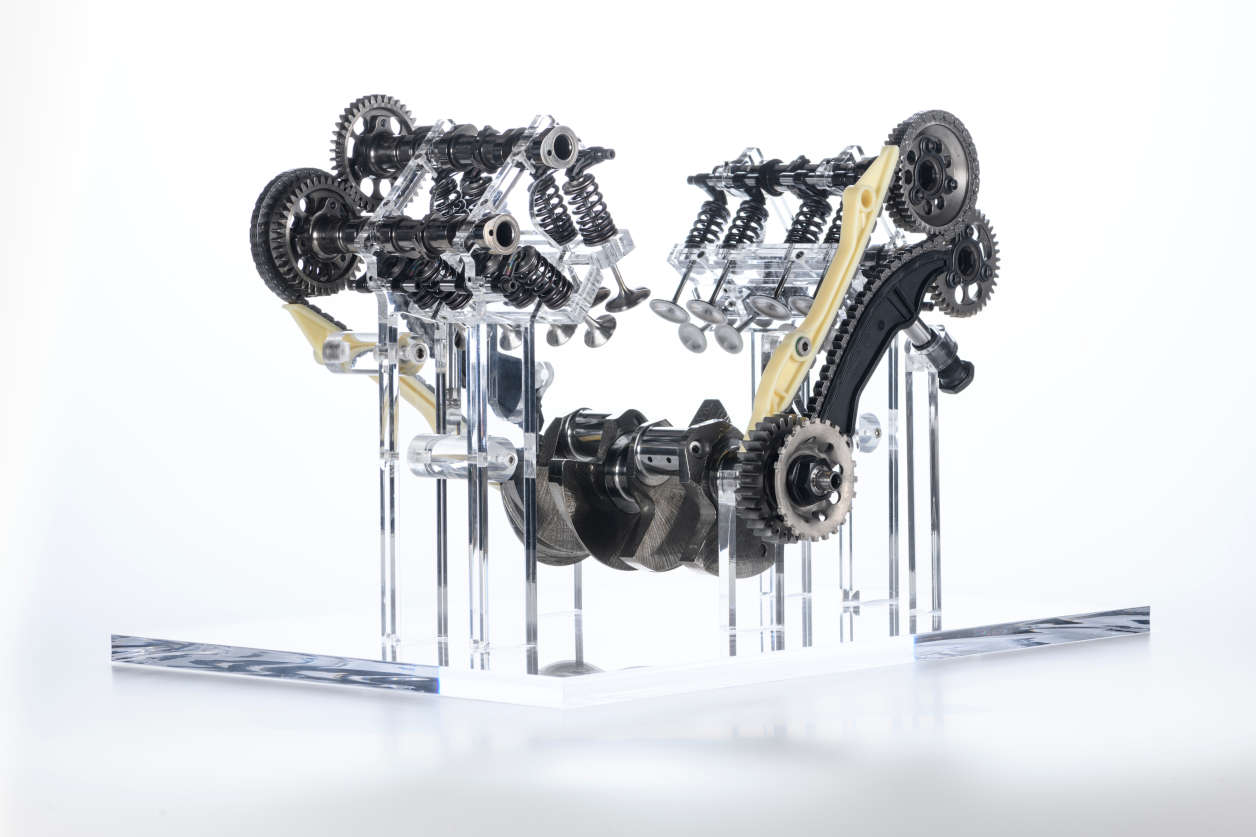 That the next generation Multistrada will be powered by a version of Ducati’s Panigale based V4 motor is no surprise, but the big news is that the new adventure tourer’s engine will feature traditional spring operated valve gear, a move which dumps Ducati’s trademark desmodromically operated system.

‘Desmo’ operated valves, which are closed by cams rather than springs, have been a Ducati feature for decades. The technology allows for more accurate control of the inlet and exhaust valves than traditional systems, which are closed by springs, and is used on all current Ducati models, although all that will change with the V4 Granturismo unit, which switches to more conventional spring valve return system. Ducati claims that this contributes to an impressive 60,000km (over 38,000 mile) service interval – a far cry from the not to distant days when Ducatis were notorious for their frequent and expensive servicing requirements.

And the next generation Multistrada won’t be slow either. The 1158cc V4 engine cranks out a claimed 170bhp, with peak torque of 125Nm from the Euro5 compliant unit.

Weighing in at less than 67 kg, the V4 Granturismo engine is 1.2kg lighter than the V-twin ‘Testastretta’ engine in the current Multistrada 1260. The V4 unit is only marginally wider than the twin it replaces, but benefits from being significantly shorter and lower, meaning that the chassis engineers have been able to better place the centre of gravity on the new model.

The engine also has some MotoGP derived technology, such as the counter-rotating crankshaft, which improves the bikes agility and handling characteristics, and the ‘twin pulse’ firing order, which creates a ‘big bang’ effect to improve drive out of corners and create a characteristic more akin to the V-twins for which Ducati is famous than a traditional four-cylinder engine.

Ducati has also adopted a system to deactivate the rear cylinders while the engine is idling. Indian has used a similar ‘stop start’ system on its big V-twin cruisers and the technology cuts out the rear bank of cylinders while the rider is sat in traffic, or at traffic lights. The benefit is a reduction of heat transferred to the rider and pillion, as well as a small improvement in emissions and fuel consumption.

In the absence of the traditional EICMA motorcycle show in Milan, Ducati will unveil its range-topping ‘adventourer’ digitally on 4 November. The fourth generation Multistrada will also be one of the first motorcycles to use front and rear radar technology, which will control the adaptive cruise control (ACC) system and, in turn, combine to increase rider safety and comfort.

Developed in conjunction with Bosch, the bike will feature radars at both the front and rear. Each radar is similar in size to a GoPro style camera and weighs just 190 grams.

The frontal radar controls the operation of the ACC, which automatically adjusts the distance to other vehicles (using the throttle and brakes) when riding at speeds of between 20mph and 100mph. The rear radar of the car-derived system is used detect and report vehicles positioned in the blind spot, as well as sending warning signal of vehicles approaching quickly from behind.

Ducati says that production of the Multistrada V4 has already begun at its Bologna factory, so expect to see them in showrooms shortly after the November launch. 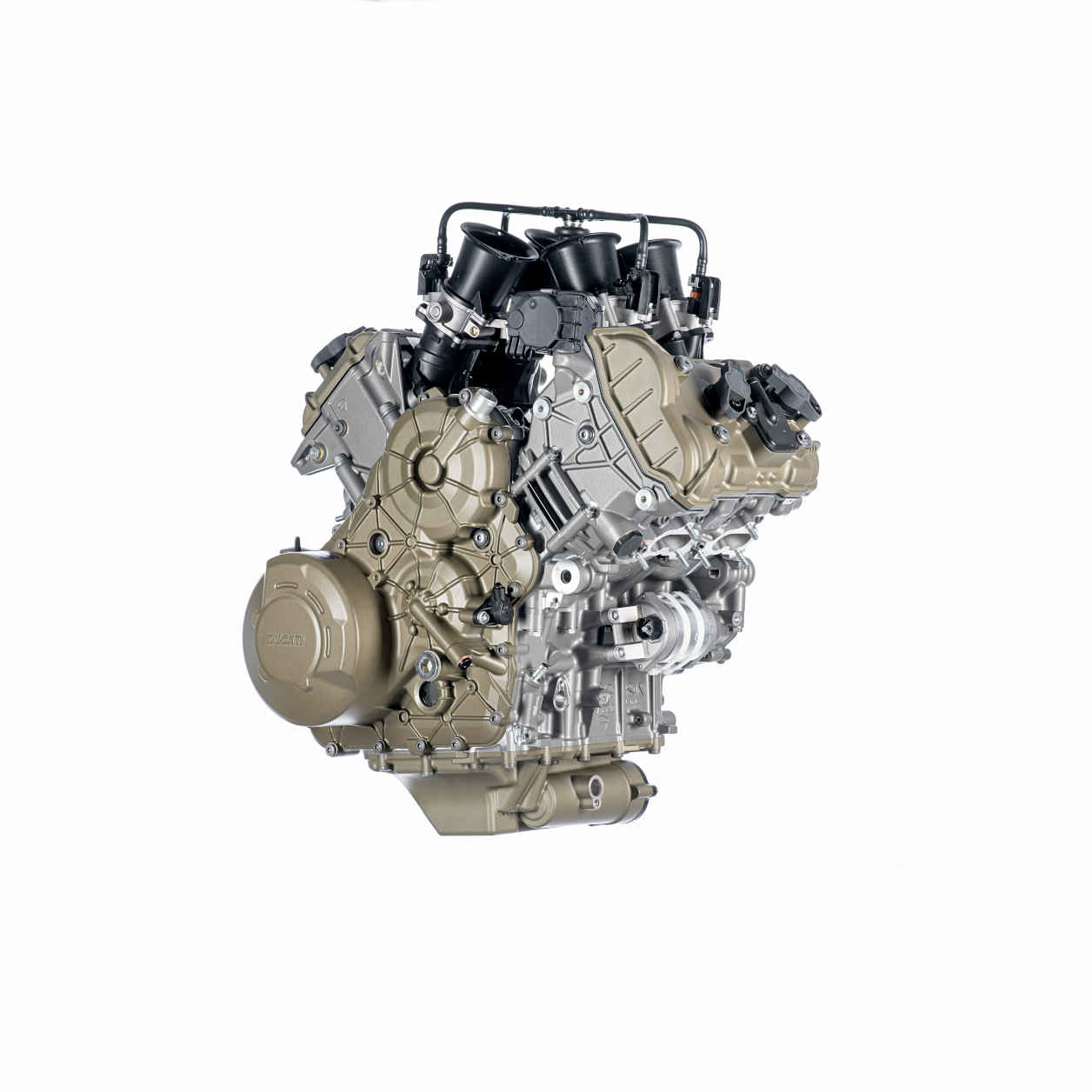