Ducati Streetfighter V2 and V4 SP ready to rumble in ‘22 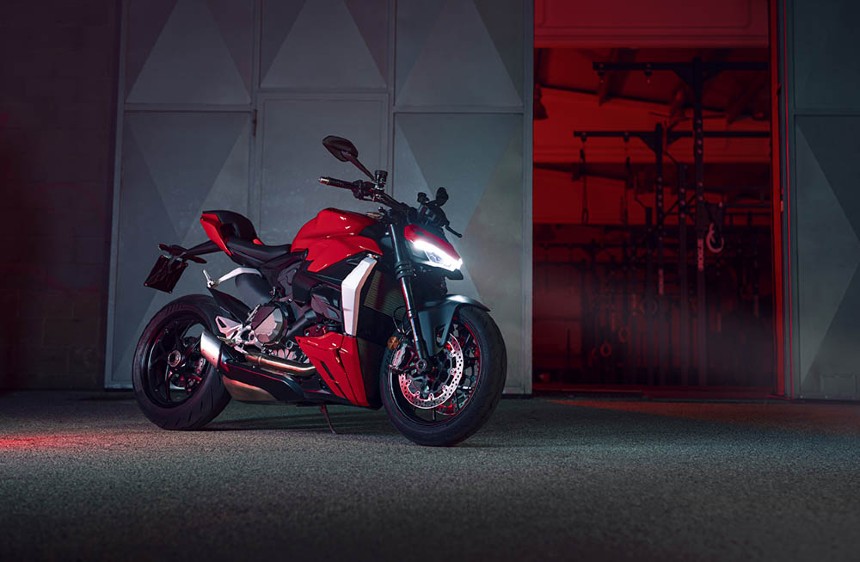 Ducati is set to introduce two new Streetfighter models in 2022.

It’s been a busy old year down in Borgo Panigale. Not only has the MotoGP manufacturers’ title found its way into the Ducati trophy cabinet, the iconic Italian brand’s R&D department has also been burning the midnight oil to almost completely revamp the company’s road bike range for 2022 too. The company has been announcing new models every fortnight since the end of September and last night confirmed two additions to its Streetfighter range for next year: the Streetfighter V2 and the Streetfighter V4 SP.

There’s very little surprising about the Streetfighter V2, and that’s no bad thing. Essentially a Streetfighter version of the FPanigale V2, which was introduced last year, it shares the same 153bhp ‘Superquadro’ engine and monocoque chassis as the mid-range superbike and, as well as ripping the fairings off, Ducati’s engineers have made a number of small changes to make it more road-focused.

The Panigale’s clip-on handlebars have also been chucked in the bin, replaced by high and wide one-piece bars in the streetfighter tradition, while the new ergonomics are completed by a wider and more padded saddle than the one found on the Panigale V2, and repositioned footpegs for a less cramped riding position.

Gearing has also been shortened on the naked bike, sacrificing some of the Panigale’s top speed for added acceleration. And while that all adds up to a real wheelie monster on paper, Ducati’s comprehensive IMU-controlled electronics package remains (and thankfully includes wheelie control). Also helping to calm the potent 178kg package is a 16mm longer single-sided swingarm and recalibrated Panigale V2 suspension.

The styling of the £14,995 V2 is very much in line with that of the V4, with the two sharing the same V-shaped DRL headlight design. Ducati says that the look is inspired by Batman baddie The Joker and his sinister smile. 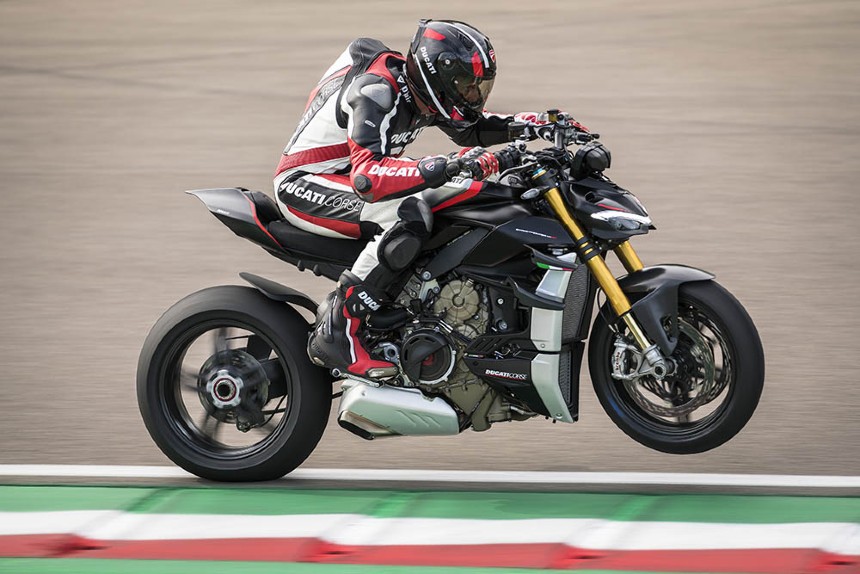 Talking of the V4, Ducati has introduced a new flagship to its ‘Fight Formula’ with a Streetfighter V4 SP for 2022.

Almost half of the weight loss comes from the adoption of split rim, five-spoke, carbon fibre wheels. It also has a single-seat unit and lashings of carbon and CNC machined aluminium throughout, while the Ohlins semi-active suspension and Brembo Stylema R brakes are out of the top drawer.

There’s also a track developed STM dry clutch and a mean matt black paint scheme that accentuates the carbon and is inspired by the plain testing liveries used by Ducati Corse’s race teams in the winter.