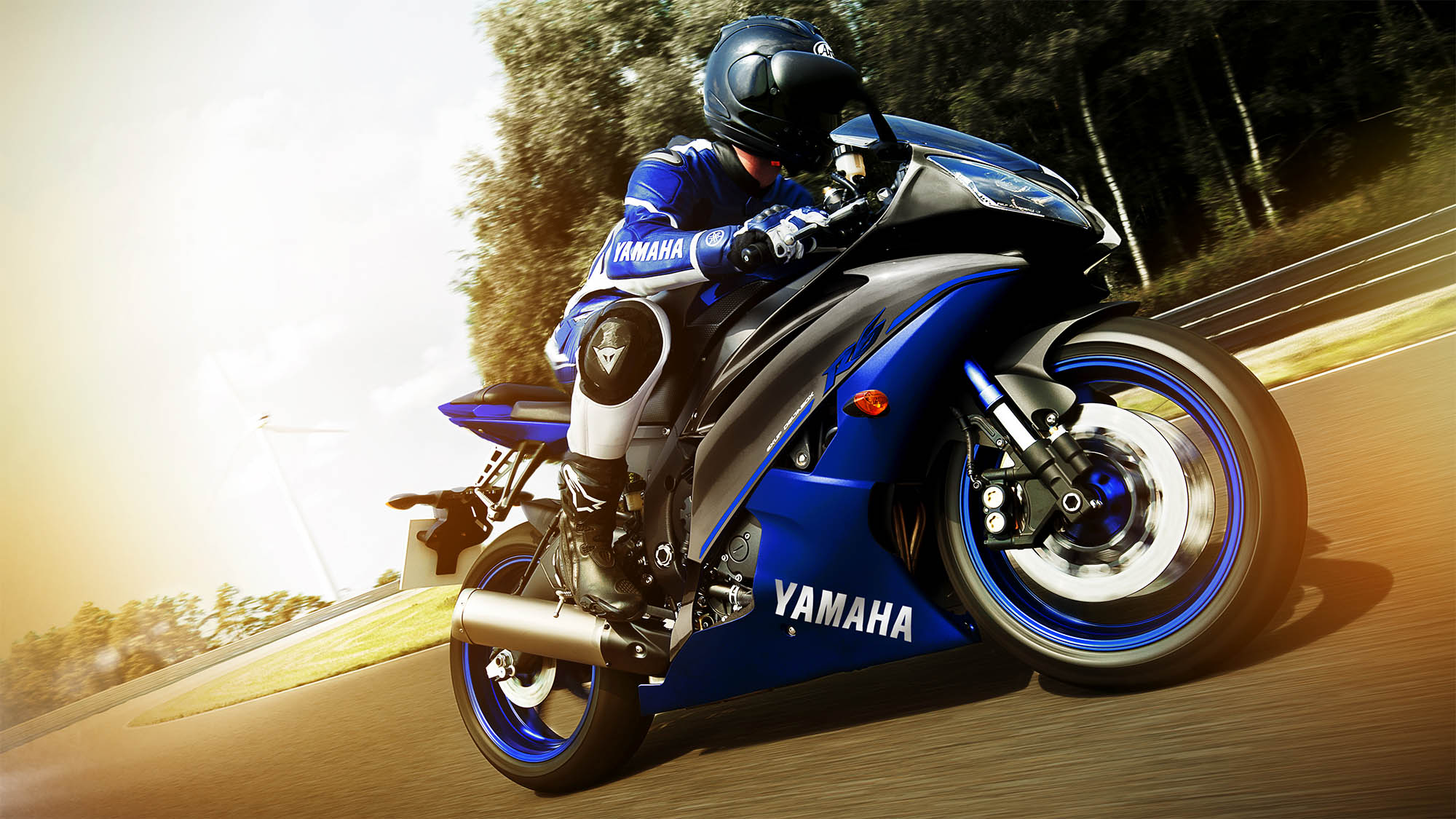 For more than 20 years, Yamaha’s YZF-R6 has been a standard bearer for the 600cc sports bike class. First launched in 1999, for the past few years it’s been the last bastion of the ‘supersport’ class, the only pure 600cc sports bike to be sold in the UK, but all that will change in 2021 when it comes off sale as a road bike. Satisfying the demand from motorcycle racers, Yamaha will continue to offer the R6 as a track only model, but such has been the decline in sales of 600cc road bikes in recent years, Yamaha has not deemed it necessary to update one of its most enduring models to be sold as a street bike under the upcoming Euro 5 standards.

Rewind back two decades and supersport bikes were all the rage. With 150mph performance, sharp handling and superbike looks, the new generation of 600cc sports bikes were a smash hit. In the early 2000s, all the Japanese manufacturers made hot supersport bikes that were replicas of their 1000cc superbikes. In many cases these were more important than the bigger bikes and the factories spent millions on their riders and race teams in the Supersport World Championship.

Contrast that to 2021 and there will be no 600cc supersport bikes on sale in Britain. Suzuki’s GSX-R600 quietly slipped out of the range several years ago and was never replaced, while the Honda CBR600RR was another that wasn’t updated to meet Euro 4 regulations when they came in a few years back. Honda has actually updated the CBR recently and brought out a new model for some Asian markets, but such is the lack of demand for 600s in Europe it wasn’t felt to be viable to develop it for sale here. Kawasaki abandoned the class almost a decade ago, dropping the 599cc ZX-6R in 2012 and replacing it with a 636cc version that’s been designed with a greater emphasis on road riding. Only Yamaha updated the R6 for Euro 4 and despite massive race track success (they’ve won the last four British and world supersport championships) they remain a rare sight on the roads, which has no doubt influenced the decision not to update it for Euro 5. The R6 will remain available as a race bike 2021, but as it doesn’t meet the latest emissions regulations, it won’t be allowed to be sold as a road bike.

Born for the road, developed to race

The 600cc class can trace its roots to the mid-to-late 1980s. Kawasaki brought out the GPz600R Ninja, Honda had the CBR600F Hurricane, Suzuki brought the GSX600F and Yamaha the FZ600.

These were all sporty road bikes but were soon being used in race championships too. The British Supersport Championship started in 1989 and the 1990s saw them get increasingly more racey, even though they remained the poor relations to the 1000cc flagships, often running steel frames and conventional front suspension, where the 750cc and litre bikes would use Grand Prix developed alloy frames and upside down front forks.

As the Supersport World Championship became increasingly important in the 2000s, so the bikes became more sophisticated. Supersport rules have always been tight and haven’t allowed as many modifications to the base bike as the superbike class, so manufacturers endowed their stock 600s with better brakes, suspension and frames, as well as higher revving and more powerful engines in order to compete on the track. Manufacturers claimed over 120bhp for their pocket rockets in road trim, but tuners were able to release close to 150bhp in world supersport race bikes.

By 2010, development of 600s was all but stopped. Where manufacturers released updates every two years in the halcyon days of the class, the models were lucky to receive new colours and graphics as sales declined massively.

To be honest, there’s probably no single reason why 600s have fallen out of favour but the decline generally started at the same time as the 2008 financial crisis.

The so-called ‘credit crunch’ affected global motorcycle sales, but sales of 600s seemed to be disproportionately hit – possibly because many buyers were younger and more likely to purchase on finance, but that in itself was only part of the issue.

A perfect storm brewed and created a situation where sales of 600s fell off a cliff. Racing had created little masterpieces, but they were uncomfortable and impractical.  The 2006 Yamaha YZF-R6 was a work of art, with a claimed red line of 17,500rpm (although the reality was more like 15,800rpm), but it was stiff and hard work to ride on the road. As riders got older, adventure bikes like BMW’s ubiquitous GS became more popular. These bikes were comfortable, easy to ride and just as quick on real world roads, while riders who still wanted a sports bike were starting to find that 1000cc superbikes became more and more accessible too.

Electronics made litre bikes less intimidating than before, while PCPs brought down the monthly costs for many buyers. On top of that, 600s got more and more expensive – narrowing the price gap between the 600s and 1000s.

The credit crunch had seen racing budgets cut too, and supersport racing was the first casualty. Ultimately it was the need to continually update bikes to meet new emissions regulations that did for the pure 600s. The easiest way to do this was to increase the size of the engine. Kawasaki switched to a 636cc engine for their ZX-6R, kept the spec down and sold at a bargain price, while the non-four cylinder contenders also super-sized their motors away from the race regulations. Ducati moved from a 750cc race legal machine, through to the current 955cc Panigale V2, while Triumph also added another 90 cubes to its 675cc motor and even did away with the Daytona 675 completely.

The times they are a-changing

This demise of the traditional 600cc sportsbike is also leading to the rewriting of the supersport racing class in which they all traditionally competed.

Created in the late 1980s, supersport racing was exclusively for four-cylinder 600cc machines until the arrival of the Supersport World Cup (later World Championship) in 1997, when they were expanded to allow 750cc twins to compete as well. That allowed the Ducati 748 to enter, and it would win the inaugural title. Further changes in 2008 allowed 675cc three-cylinder bikes in, initially to accommodate the Triumph Daytona 675 Triple, and these remain the rules to this day, albeit with slight adjustments and concessions (most specifically on weight and rev limits) to try and achieve parity between the various configurations and models.

Despite tweaking the rules, Yamaha’s R6, the most modern design on the grid has dominated supersport racing both in the UK and abroad. That’s why they are being completely rewritten for 2021, with the British Supersport Championship trailing new rules which, if successful, will be rolled out into the world championships from 2022.

The new rules name a ‘Triumph 765 three cylinder machine’ suggesting that the British-owned brand is set to launch a new middleweight sports bike in the near future, and the ‘Ducati 955’ twin. These will be allowed to compete against the existing supersport bikes, and also Kawasaki’s 636cc ZX-6R, which has had a concession to compete in the British supersport championship for the past two years. Hopefully the new rules will breathe new life into the category, and mean that the races will better reflect the bikes we are actually riding on the road. Who knows, it might also see manufacturers developing some new lightweight sports bikes in the next few years.

Although it sounds crazy to allow the 955cc Ducati Panigale V2 to race against 600cc machines, lap times from the Ducati Tri Options Cup, which utilises the V2, and the National Superstock 600 Championship are very similar. That suggests that the championship can allow a diverse bunch of machines to race together competitively using ‘balancing’ rules similar to those employed in the Supersport 300 class, which actually includes A2 category bikes from 300-500cc. The regulations for this class includes minimum weight limits, rev caps and air restrictors to achieve parity among the various brands and motorcycle configuration, and suggests that we could have a much more diverse bunch of bikes racing from 2022 onwards.