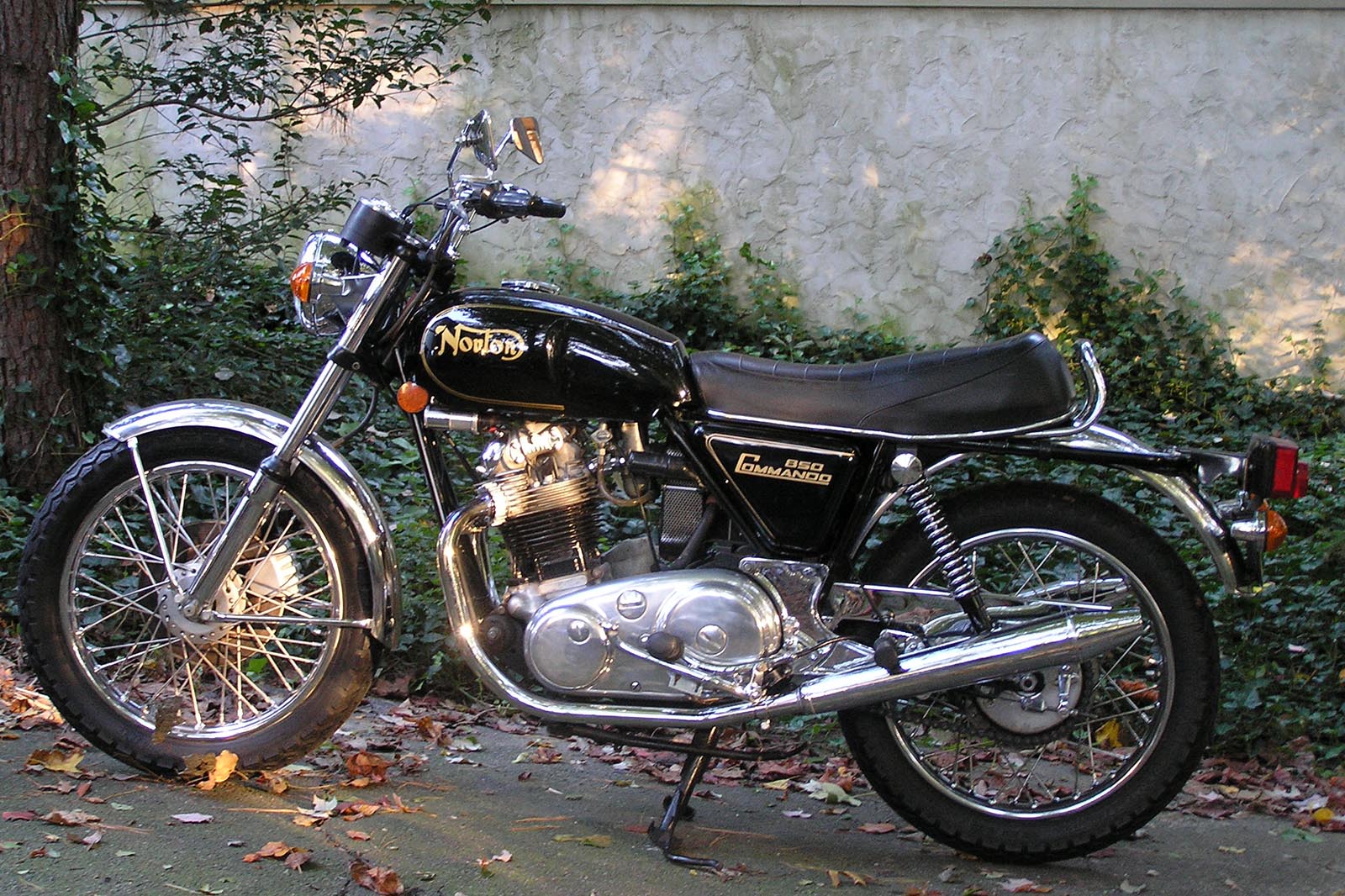 There’s something about owning a classic motorbike that’s just better than new ones!

Of course, no one’s doubting that the latest motorcycles are technically better in almost every way, but there’s an emotional connection to older machines that’s hard to beat. Whether it’s the simplicity of the ride, with no rider aids or fancy gadgets, the sound, the look or the fact that you can work on your own machine with just basic tools, many riders are now being attracted to older motorbikes, either as a second or only bike.

So that got us thinking? What older bikes are out there for someone thinking of buying a classic or vintage motorbike. We’ve set ourselves a theoretical £10,000 budget to buy a bike at least 30 years old (defined as a vintage motorbike by specialist insurance broker Carole Nash). We want something usable enough to ride on a fairly regular basis and not so rare that it will be a nightmare to find spare parts or specialist support. After searching the ads and phoning some specialists, here’s five of our favourites… 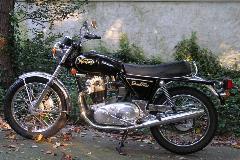 After a few years mired in controversy, legendary British brand Norton is under Indian ownership and ready to resume production in the West Midlands in 2021.

At the cornerstone of the new Norton range is the classically-styled and engineered Commando, but our £10k budget will bag a good example of a 1970s. Along with the Triumph Bonneville, the Norton was the quintessential British motorcycle.

The Commando won MCN’s ‘Machine of the Year’ five years in a row from 1968 and enjoyed success at the Isle of Man TT races. It was renowned for its great handling, even if the engine was famously vibey. Being 1960s technology, the Commando is easy to work on although regular use will probably require regular fettling.

As always, condition will make a massive difference to what you need to pay. £5000 is the minimum you should expect to pay for a decent runner but double that should see you bag a cracker. 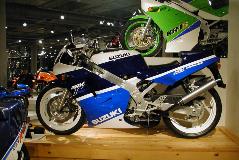 Light, sporty two-strokes hold a special place in the hearts of many bikers.

The simple engine designs make them lighter and easier to work on, while giving a higher specific power output than a comparative four-stroke. Alas, this comes at the expense of emissions, which is why the ‘stinkwheels’ have all but disappeared.

So sporty strokers are highly desirable among those with blue (smoke) tinted spectacles. The 1980s saw true Grand Prix replica two-strokes emerge. We’d love to suggest a Suzuki RG500, but have you seen the prices (hint: take our £10k budget, double it and add a bit on top)?

Instead, take a look at the quarter litre class. There were two standout models officially imported here to the UK, the Kawasaki KR-1(S) and Suzuki RGV250. Prices here are nudging £10k for good ones and they remain highly sought after. The Kawasaki is a little quicker, but its also quite finnicky, rarer and not known for its reliability. That’s not to say that the Suzuki won’t need regular engine rebuilds, but it is less stressed and there are more spare parts around, thanks to a longer production run. It’s a more modern looking bike too, with styling heavily influenced by Kevin Schwantz’ 500cc Grand Prix bike. Indeed, in 1988, this was the closest thing to a GP bike you could ride on the road. 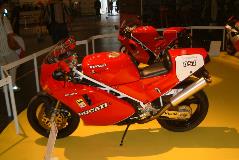 If British bikes had a reputation for unreliability in the 1970s, it was nothing compared to what machines coming out of Italy had to endure.

Sure, those oily Brit bikes could leave a grubby stain on your driveway, but Italian bikes would more likely leave you stranded at the side of the road with (yet another) electrical problem.

There are some beautiful bikes to be had from the era though. You could gamble on a decent Moto Guzzi Le Mans for under ten grand, but we’re going to go with a late ‘80s Ducati as our classic choice.

Less than £10k can still bag you a nice example of a Ducati 851. If your definition of a classic bike is that it changed the game in some way or other, the 851 should hit the mark for you. This is the bike that won the first world superbike race back in 1988. It’s the model that changed the image of Ducati and transformed their fortunes. Without the 851 and the race programme that followed, it is hard to imagine that Ducati would be success story it is today. 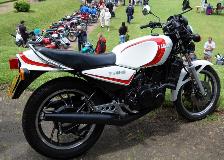 Could there be a classic bike feature without the LC?

For riders of a certain age, the LC evokes memories unlike any other. Whether you owned one, wanted to own one, or were simply happy watching the lunatic Pro-Am race series (where full grids of hungry racers went head to head on identical LCs for generous prize money) on Saturday sports TV, if you lived through the early ‘80s you knew all about the RD350LC.

Lightweight sporty two strokes from Japanese manufacturers were nothing new in the 1970s. Suzuki had the X7 and Kawasaki had a full range of hotshot models, right up to the 750cc H2. Yamaha, on the back of their Grand Prix racing success, gave the world the RD (standing for Race Developed) RD250 and RD400 and the world was happy with them – until the RD350LC arrived in 1980.

LC stood for ‘Liquid Cooled’ and it was a smash hit. It gave power to the people, being an affordable and lightweight motorcycle for the masses. They sold in big numbers but many were thrashed to death on the race track or by rookie road riders.

Today the LC has an incredible cult following. Original, pre YPVS power valve, 1980-83 models are the most coveted and good ones command prices in the £8-12,000 bracket. 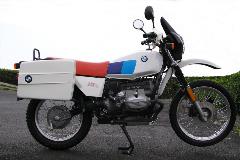 BMW is one of the biggest and most innovative motorcycle manufacturers in the world today but back in 1980 they were considered very conservative.

With their big price tags and unusual flat twin engines, the Beemers attracted a certain kind of rider (usually an older gentleman) and although the R80G/S did little to change that at the time, history will prove it to be one of their most significant bikes.

G/S stands for Gelände (offroad)/Straße (street) and signifies the bike’s all-road ability. It is arguably the world’s first big adventure bike and, in 1981, Hubert Auriol won the Paris-Dakar rally onboard a heavily modified one.

It was a steady rather than spectacular seller. BMW sold just under 22,000 examples of the R80G/S in a near seven year production run but it was enough to convince the company to persevere. Big ‘dual sport’ bikes like the Honda Africa Twin and Yamaha Super Tenere became more popular as the 1980s turned into the 1990s, and the scene would explode in the 2000s.

BMW dropped the slash in the name and evolved the GS concept into today’s R1250GS, Britain’s best selling motorcycle. A 1980s G/S is relatively rare in the UK but when they come up, they’re usually well within our £10k budget. They’re built like tanks and easy to service, making them quite usable even today. If you fancy a classic motorbike that’s not a sportster, the G/S has real heritage and could be well worth a look.

Are classic motorcycles an investment?

That’s a great question! There’s no doubt that some investors are attracted to classic and vintage motorcycles because they see them as an investment, but we just say buy a bike you think you’ll like, get the best you can afford and enjoy it.

There’s a good chance that all five bikes here will remain desirable for years to come but we wouldn’t be putting our mortgages on it. A tidy profit should be a nice bonus and not a standalone reason for buying a classic motorcycle.