History of the Yamaha YZF-R1 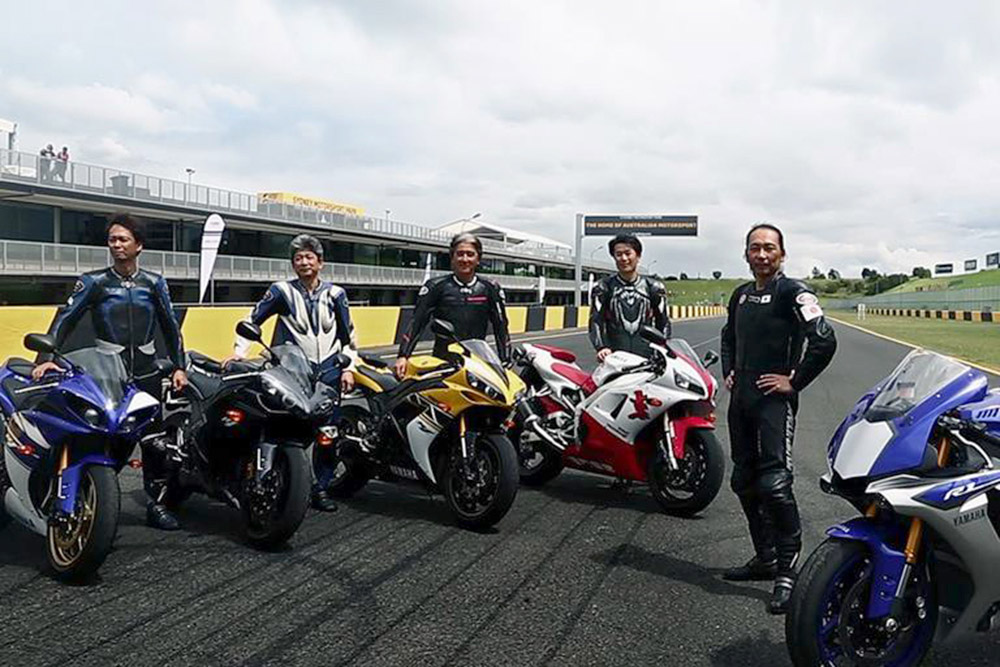 Back in 1997, Yamaha launched a sports bike that would create the blueprint for the superbike genre we know today. With a full litre four-cylinder engine packed into a 600-sized chassis, the YZF-R1 was a massive hit and created the most hotly contested class of motorcycling in the early 2000s.

Almost 25 years on the R1 remains at the top of its game and, after winning the world’s four major superbike titles in 2021 (Britain, Japan, America and World) we decided to take a look back at the history of this iconic superbike. 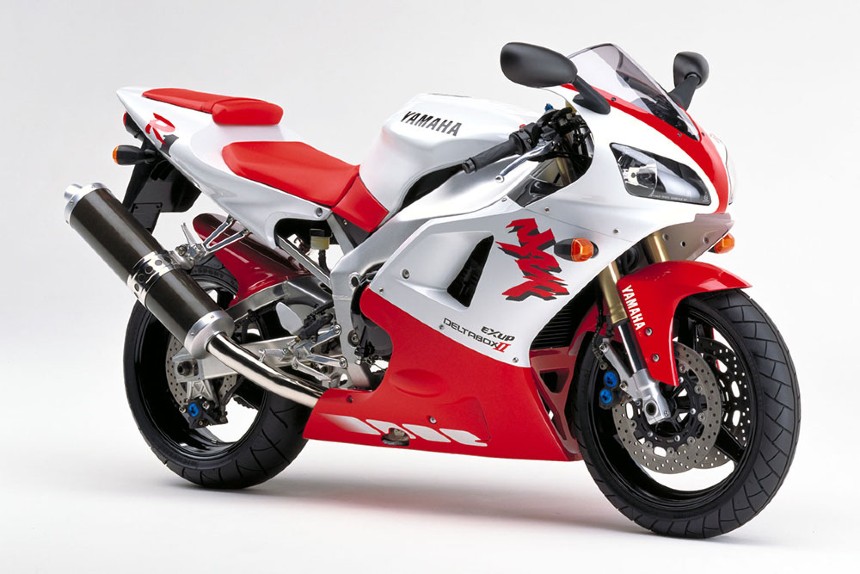 Unveiled at the 1997 Milan motorcycle show as a 1998 model, the original YZF-R1 developed a claimed 150bhp in a package weighing just 177kg.

At the time, production racing machines were either 750cc fours or 1000cc twins, meaning that the R1 was developed purely as a road bike – leaving the YZF750SP as the basis of their superbike racer. Despite that, it was packed with the latest technology in both the chassis and engine to take it ahead of its main rival – the Honda CBR900RR FireBlade.

The ‘Blade had been a smash hit for over five years, combining lightweight and an ‘oversized’ 130bhp engine to take sales from the likes of the Suzuki GSX-R750 and Yamaha’s own YZF750R, but the R1 arrived like a piranha in a goldfish bowl.

Whereas 1000cc sports bikes had previously been big bruisers like the Suzuki GSX-R1100 and Yamaha’s own YZF1000R Thunderace, the R1 was designed holistically to combine big horsepower with an agile chassis.

That started with the engine, which was an all-new design built around Yamaha’s Genesis concept (with five-valves per cylinder and forward slanted cylinders) and the fabled EXUP exhaust valve, allowing the bike to be tuned for top-end power without sacrificing the bottom end. That was combined with a stacked gearbox to create an incredibly compact motor, around which a cutting edge chassis was developed.

It was a smash hit and sold in huge numbers. A few did make it into racing, where rules allowed, and it was dominant in superstock racing and at the Isle of Man TT, where David Jefferies won three TTs in 1999 on the R1.

The 1998/99 R1 remains a nailed-on modern classic, especially in the red and white colour scheme, although the vast number sold and still on the roads mean that prices remain very reasonable for such an iconic machine.

As was common at the time, Yamaha gave its flagship model a minor update after two years on the market. Weight was slightly reduced while the bodywork and ergonomics were updated to improve aerodynamics and put more weight over the front wheel for better handling. A host of small engine updates further refined the package, although by 2001 Suzuki’s GSX-R1000 had launched and ended the R1’s reign as king of the roads. For now at least. 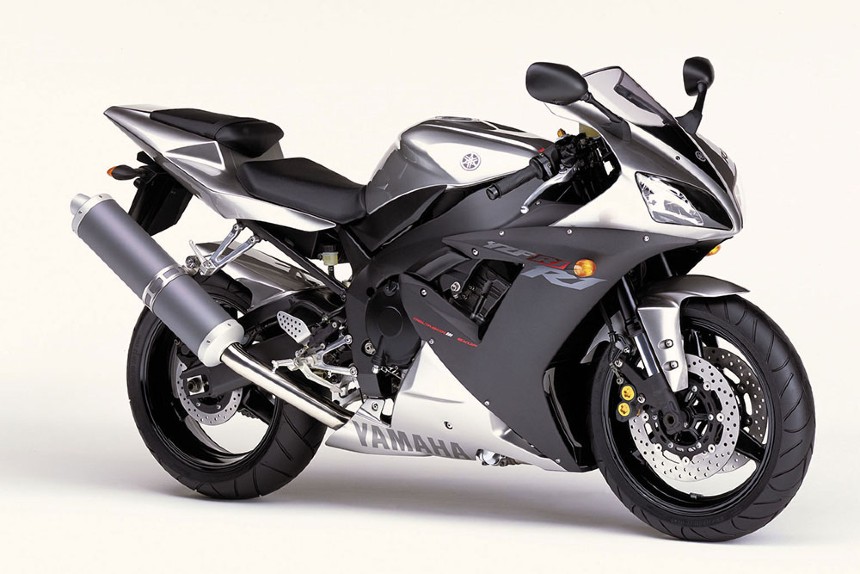 Yamaha gave the R1 a major update in 2002, with an all-new chassis and updates to the engine, including the switch from carburettors to a vacuum-operated fuel injection system.

Against the raw and raucous GSX-R, Yamaha took the R1 down a more refined route with less aggressive colour schemes and a more compact look and feel, although with power now up slightly, at 152bhp, it gave the Suzuki a good run for its money.

British superbike regulations also opened up to allow 1000cc fours to compete against the V-twin Ducatis in 2002 on the racetrack, and the R1s could be seen competing with moderate success in Virgin Mobile colours. 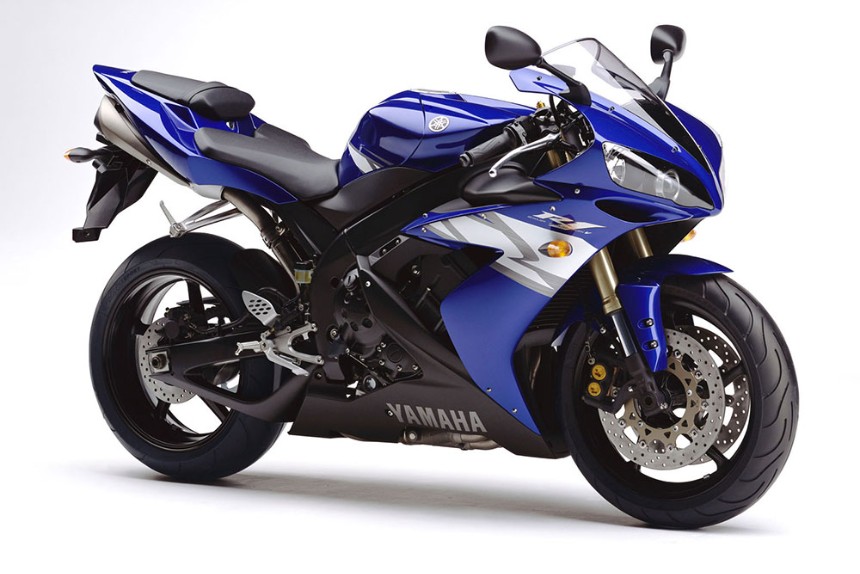 The early 2000s were peak litre bikes. The GSX-R1000 and R1 had sparked the imagination of bikers around the world, fuelled by rapidly developing technology transferred from the new four-stroke MotoGP race series.

Indeed, 2004 was a particularly big year for the superbike class. Kawasaki joined in with its bonkers ZX-10R, which possibly took things a bit too far for a road bike, and Honda took the Fireblade up to a full litre with the arrival of the all-new CBR1000RR Fireblade.

Yamaha were in on the act with another all-new YZF-R1 too. With 172bhp pushing 172kg, the 2004 R1 hit the magical 1:1 power-to-weight ratio and looked a million dollars with its compact bodywork, classy colours and of-its-time under-seat exhausts. The R1 was back at the head of the class….

The 2004 R1 also enjoyed some track success. World superbike rules had been expanded to allow 1000cc fours to compete since 2003 and for 2005 Yamaha returned to the series alongside its three Japanese rivals. Legendary Japanese rider Noriyuki Haga enjoyed a strong second half to the campaign, winning two races to finish third overall, a position he maintained in 2006. 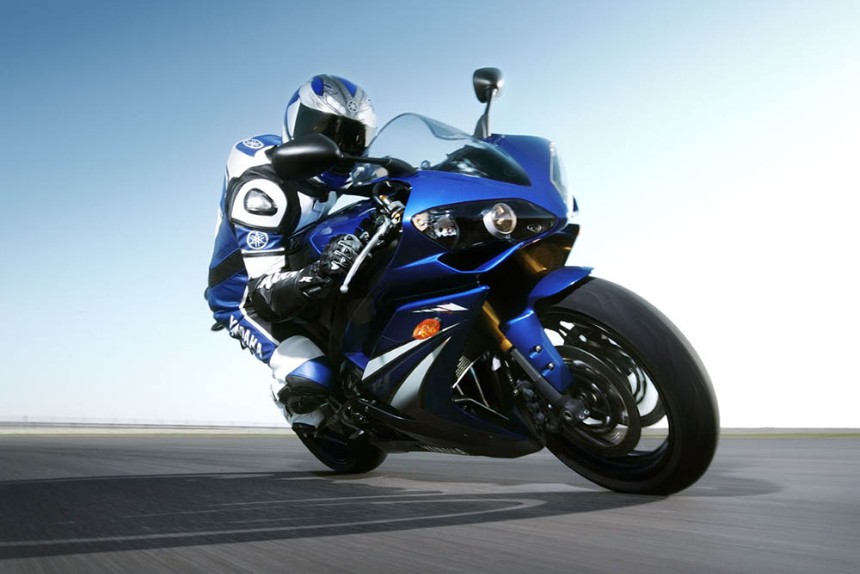 For 2007, Yamaha made a pretty serious update to the R1 and started to move away from the design philosophies it had followed for over two decades. Using know how from MotoGP, its superbike was another ground-up new design. It gained ride-by-wire throttle and a new slipper clutch, but the big news was that the engine now had 16, rather than 20 valves in the cylinder head.

The five-valve-per-cylinder design had been one of Yamaha’s big marketing messages. Back in the 1980s, when it was introduced, it brought power gains over the four-valve competition, but decades on and new engineering solutions had seen any benefits negated.

Yamaha clung on to the design as its USP on road and race bikes, but they were considered to be aggressive in their power delivery and, when Valentino Rossi switched to Yamaha’s YZR-M1 in MotoGP, the racer quietly ditched its five-valve layout under orders from The Doctor.

So the 2007 R1 proudly declared itself to be a direct descendant of Rossi’s MotoGP racer, which had won the world titles in 2004 and 2005.

Once again using Rossi’s MotoGP programme as a testbed for new technology, the 2009 YZF-R1 was another new design with some more headline-grabbing technology.

This time it was a new ‘crossplane’ crankshaft, timed to deliver an uneven firing order to replicate that of a booming V-twin. The MotoGP influence had transformed a motorcycle considered peaky and given it the smoothest power delivery in the class. It also had early generation electronic aids, with switchable rider modes for the first time.

On the track, Ben Spies gave Yamaha and the R1 their first world superbike title with a dominant display in his rookie season, 2009. The same year saw Leon Camier win the British title with an equally dominant display, with Tommy Hill lifting the same series two years later.

By 2012, a combination of factors had meant that superbikes had fallen out of favour with the bike buying public and updates to models became less and less frequent.

The global financial crisis saw sales hit and budgets tightened, while an ageing riding population drifted towards the comfort and practicality of adventure bikes. For 2012, Yamaha made a few more changes to the YZF-R1, mainly the addition of traction control and a slightly revised fairing.

After finishing second in the 2011 Superbike World Championship (with Marco Melandri) the company withdrew from world superbikes, and it looked like the story of this iconic model would be coming to an end. 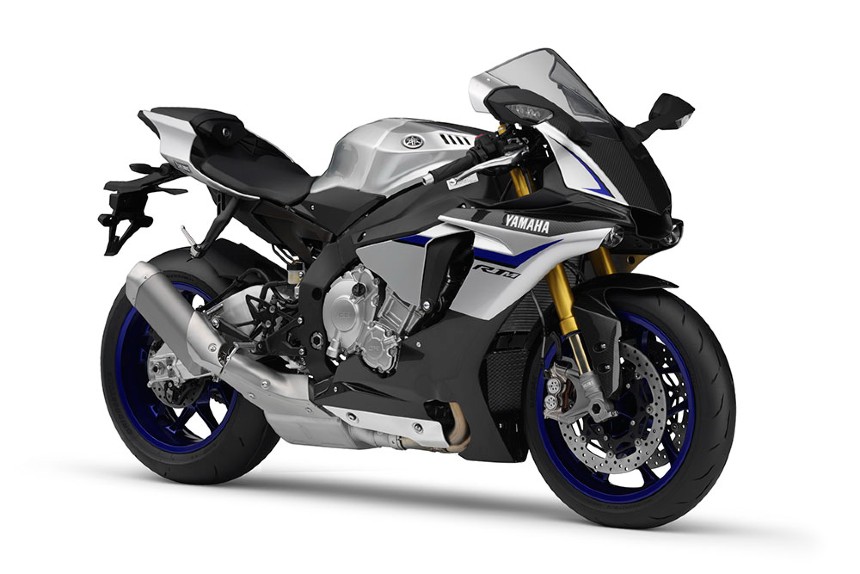 Despite sports bike sales remaining low, Yamaha unveiled another all-new YZF-R1 – or should that be a range of R1s at the end of 2014.

Drawing even more heavily from the M1 MotoGP machines, the 2015 R1 took Yamaha into the fabled 200bhp club and packed the most sophisticated electronics suite seen on a road bike. There was also a limited run R1M, which featured semi-electronic Ohlins suspension, carbon fibre bodywork and even more electronic wizardry, while a short-lived R1S was also available in some markets, offering a lower spec in return for a smaller price tag.

A further update for 2020, principally to meet the latest emissions laws, saw revised suspension and electronic calibration along with a host of changes to the engine internals, and it is this latest version that enjoyed a clean sweep in the major superbike championships in 2021, powering Toprak Razgatlioglu to the world title, Tarran Mackenzie to the British series, Jake Gagne in MotoAmerica and Katsuyuki Nagasuga in Japan. 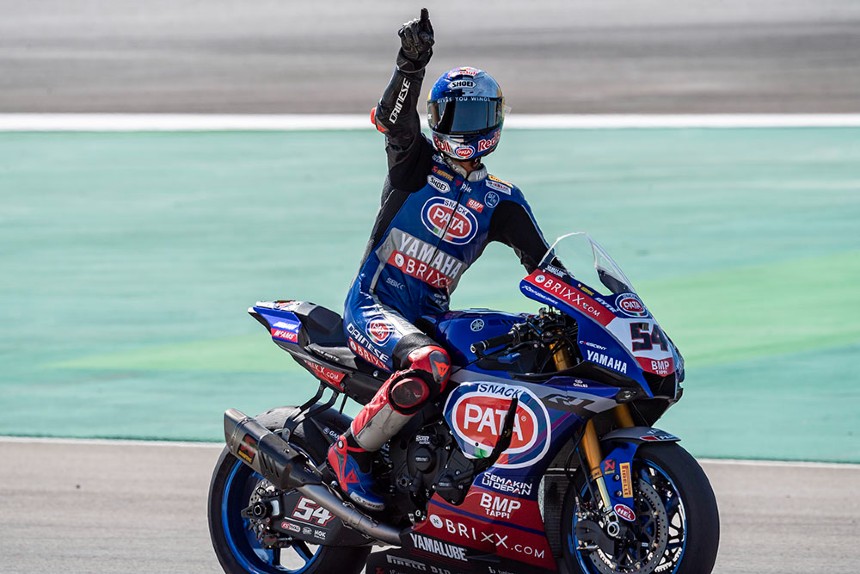 Today’s R1 may not be such a common sight on the roads, but it remains an iconic model and a real flagship for Yamaha.