Whatever happened to Victory Motorcycles?

Whatever happened to… Victory Motorcycles?

Back in 1997, an American leisure vehicle manufacturer called Polaris Industries announced its first entry into the motorcycle market.

The company started out making snowmobiles in 1956 but was also well known for its ATVs and jet skis. They wanted to expand into motorcycles and went head to head with Harley-Davidson, America’s iconic motorbike brand, by developing a V-twin cruiser. Polaris’ brand was called Victory Motorcycles and the first model, the V92C, went on sale in 1998.

Assembled entirely in the United States from mainly American parts, the Victory enjoyed much more modern engineering than the Harleys of the time. The 50-degree V-twin was a massive 1510cc (or 92 cubic inches, as the model name suggested) and in many ways it was a faster, smoother and more superior bike to anything coming out of Milwaukee at the time.

With a single model at launch, the V92C lacked some of Harley-Davidson’s character, even if it rode very well. The following year saw the first derivative, the V92SC SportCruiser, and in 2002 the V92TC ‘Touring Cruiser’ made a range of three.

Despite being good motorcycles, Victory had difficulty breaking into a market so dominated by Harley-Davidson, complete with its culture, events and wide range of parts and accessories.

Victory’s next bike gave a flavour of what was to come. The Vegas featured an all-new frame, with a kicked out front end and plenty of attitude, while models like the Kingpin and High Ball had often outrageous styling and lairy paint schemes. Victory also brought in the ‘8-Ball’ sub model which, like Ducati’s Dark, was an entry level model with simpler paint jobs – aimed at owners who wanted a ‘blank canvas’ upon which to customise and modify.

By 2006, most Victorys were running 100ci (1600cc) versions of the 50-degree V-twin – which now also had a six-speed transmission to the belt final drive. The Vision range of tourers also expanded the line-up and gave Victory a credible competitor to Harley’s big touring bikes. Victorys were big and bold motorcycles.

Victory managed reasonable sales but in 2011 the parent company purchased the rights to the Indian Motorcycle name. Unlike Victory, which was a completely new name, Indian was one of the oldest motorcycle brands in the world. It marked a turning point in Polaris’ strategy.

Indian, along with Harley-Davidson, was one of the two great American motorcycle brands. The company was founded in 1901, two years before H-D, and survived the depression before finally going to the wall in 1953. Despite various attempts to revive the brand, all had proved unsuccessful, but Polaris realised that the legendary Indian name held more emotional appeal than Victory to the American cruiser buyer. In 2013, the first Polaris Indians left the showrooms, powered by an all-new V-twin engine, and marked the beginning of the end for the Victory brand. 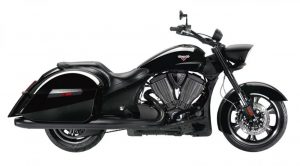 The two brands continued in parallel for the next four years, Victory building more contemporary ‘power cruiser’ models while Indian played the heritage card with a look that owed more to lashings of chrome and the 1950s.

Polaris even purchased American electric motorcycle manufacturer Brammo in 2015 and sold a rebadged Brammo as a Victory Empulse, but Indian’s heritage-led range proved a more popular approach and Victory’s last model, the Octane came along in 2016, sharing its engine and many parts with the Indian Scout. A year later, Polaris announced that it was to wind down production of Victory Motorcycles. No more Victory-badged bikes were made at the Iowa factory and dealers sold off existing stock. 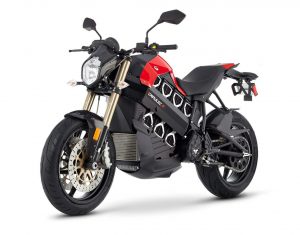 Ultimately though, Victory Motorcycles never really died. Polaris realised that the evocative Indian brand was more popular and they focused their design, development and manufacturing resources on that instead.

Even though Victory is no more, Indian is in rude health – with a wide product range that’s well received and able to challenge Harley-Davidson in most market sectors. Indeed some may say that it was the rise of Victory and Indian Motorcycles that have contributed to Harley’s strong showing in recent years, The two grand American companies are battling it out to win the hearts and minds of the motorcycle buying public, leading to a new generation of motorbikes that get better and better every single year. 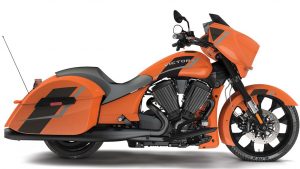