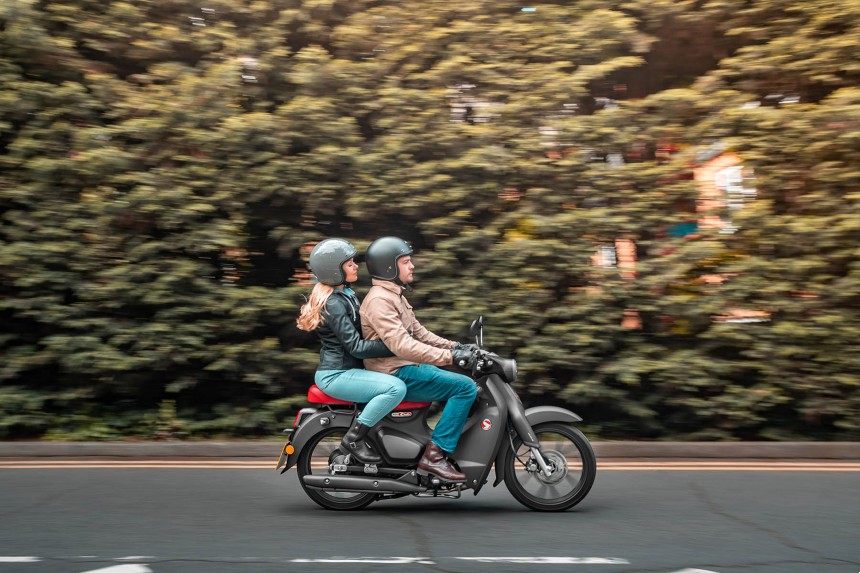 Since the very first Super Cub was first introduced all the way back in 1958, Honda have gone on to build over 100 million of the machines, making it the best-selling motor vehicle in the whole wide world. And that was mostly in the Asian market too, so with the arrival of the new Super Cub in 2018 on our continent things quickly took off again. Now the 2022 model goes another step further.

For starters, the engine is a brand new air-cooled 124cc unit, claimed not only to be smoother, but also more powerful, and more efficient too. Honda have also fettled with the ECU settings intake and exhaust to make it Euro5 compliant, while the Super Cub still retains the traditional four-speed gearbox and automatic centrifugal clutch.

Although the styling remains untouched, the Super Cub now finally comes with a pillion seat and pillion ‘pegs as standard, alongside updated suspension on both the front and rear to improve on ride quality. Oh and taking of quality, it also still comes with full LED lighting and the Honda Smart Key, which controls the immobiliser.

Although there is no price as of yet, the Super Cub has been designed not to break the bank and should be hitting dealers by August this year.