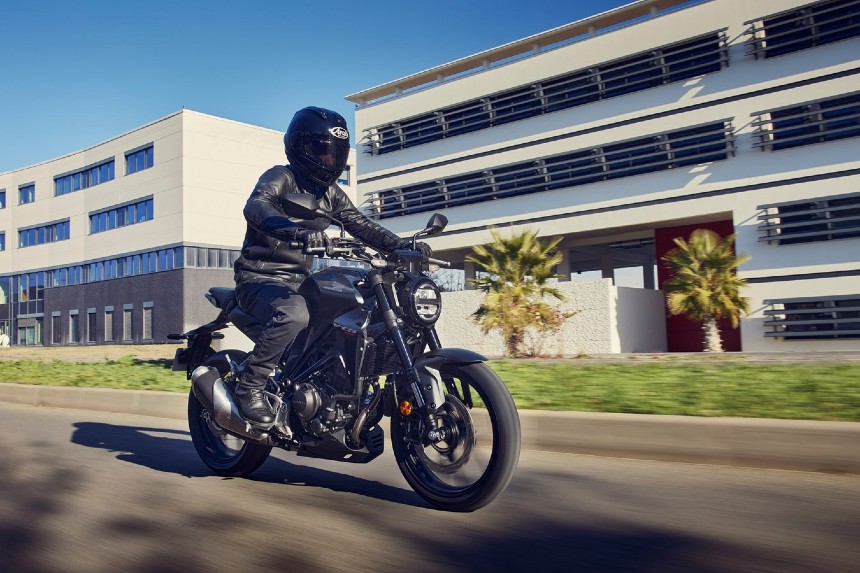 Honda’s Neo Sports Café family has grown substantially into a range that covers pretty much every base over the last few years, from the learner-legal CB125R, to the bigger and more powerful CB650R, and of course their flagship CB1000R. But now, after a short absence, the CB300R is back to fill the A2-shaped gap between the 125cc and the 650cc.

Although much of the platform remains the same as before, the 2022 model has seen some nice updates, alongside some new colours too. For starters, Honda have been working on the handling capabilities of the CB300R and have given it some new 41mm Showa Separate Function Big Piston upside down forks, alongside a radial-mounted four-piston caliper front brake, completed with a hubless 296mm floating front disc.

The 286cc engine is now Euro5 compliant for the first time, offering up 30bhp and 27.5Nm of torque. The underslung exhaust has been redesigned, and now the ABS is controlled via an IMU, which is a nice touch on a machine this small. Honda have also given the CB300R some new seating material for added comfort, alongside full LED lighting and an LCD dash, which comes equipped with a gear position indicator.

They’ve also been thinking about functionality and keeping running costs down too, which is an important factor for riders both young and old. This means that the engine is designed with the minimum number of moving parts possible, thanks to details like the low-friction piston rings, high-density core radiator and iridium spark plug which help to increase fuel efficiency. 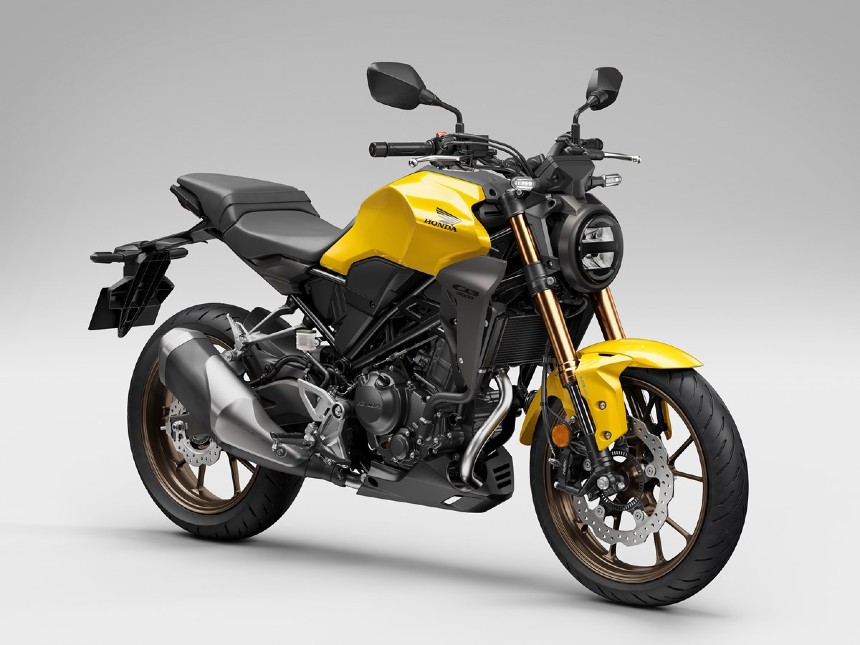