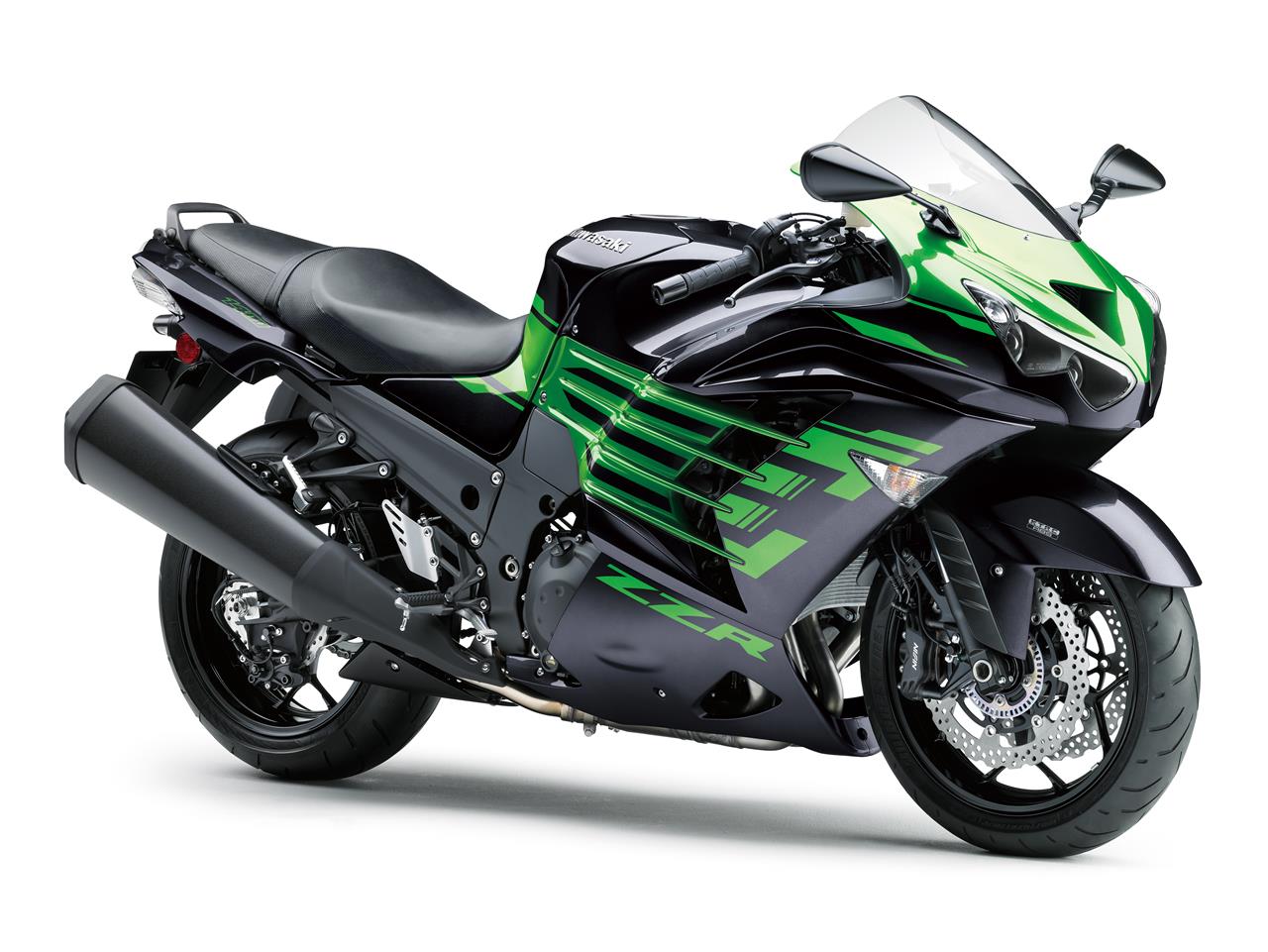 The Kawasaki ZZR 1400 has been around for the past 14 years, but the manufacturer has announced that the long-standing hyperbike’s production will end at the end of 2020. The ZZR14’ was born in a time when almost all of the Japanese manufacturers had a bike in the battle for topping the sheets in the outright speed war. Honda had the CBR1100XX Super BlackBird, and Suzuki had the GSX1300R Hayabusa, which has been Kawasaki’s closest competitor over the last decade. But the ZZR has outlived them all.

The ZZR 1400 replaced the ZX-12R in the Kawasaki range as the flagship machine and, when it launched in 2006, it wasn’t only the fastest, most powerful motorcycle you could buy, but it happened to be an extremely capable all-round machine, too. It was limited to 186mph – or 300kmh – in line with a gentlemen’s agreement between the Japanese manufacturers. The Kawasaki was so capable in fact, it reached the 186mph limit with another gear to spare.

While you’d be forgiven for thinking that the 1352cc fuel injected four-cylinder machine was only at home at rocketship speeds and travelling in a straight line, the big Kawasaki was a dab hand at almost anything you could throw at it, barring off-roading, of course.

At 215kg, it was never going to be as flickable or as nimble as out and out sports bikes, but it certainly wore its weight well. While it wasn’t really sporty enough for track day nuts to consider it as a short circuit weapon, it was more than capable on just about any road you could think of.

Because of its brutal speed, stability and comfort, it was a very credible sports tourer. But couple that with its impressive handling, strong brakes and fully adjustable suspension, it made for a good weekend toy, too. Although, the former is where it excelled, and the longer the journey the more the bike made sense, especially if you stuck on some panniers and a higher screen, you’d be set for any length of journey either solo, or two up.

The first generation ZZR 1400 ran unchanged for six years, before Kawasaki gave it a freshen up and launched a replacement in 2012. The bike underwent major restyling, with sleeker and more aerodynamic bodywork appearing on the newer model, and it was also treated to a new exhaust system, three-level Kawasaki Traction Control (KTRC) and a new ignition (all taken from the Kawasaki ZX-10R), as well as a slipper clutch.

of torque, more than its long term supercharged replacement, the Kawasaki Ninja H2 SX. Prices start at £12,599 for the standard version, but if you want an adjustable Ohlins shock absorber, Brembo brakes and twin Akrapovic silencers, you’ll be spending nearly £16,000 for the Performance Sport model.

The ingredients of the original ZZR 1400 are still there, including mind blowing speed, stability, comfort, and the limited speed of 186mph. But it doesn’t offer much in the way of rider aids and considering today’s market of bikes across categories full to the brim with the latest gadgets, this could prove to be a problem for some.

It has two power modes, ‘F’ for Full and ‘L’ for Low and four levels of traction control, including off. However, there’s neither a quickshifter or heated grips to speak of, or even cruise control. When you consider it’s at its best when acting as a super cruiser, the lack of refinements will make those longer journey’s less enjoyable compared to other tourers at a similar price capable of big mileage.

Take the afore mentioned Ninja H2 SX as an example, for a few thousand more, it includees traction control system that’s fully integrated into a cornering ABS system, a quickshifter and auto-blipper, negating the need for the clutch during gearshifts. There’s even launch control should you feel the need to use it.

When the Kawasaki ZZR 1400 launched in 2006, it was released to a generation hooked on top speed. But times have changed, and riders no longer look solely at the speed figures when choosing what bike to spend their money on.

For the last fourteen years though, the Kawasaki ZZR 1400 has been an incredible machine enjoyed by many. It wore the crown of the fastest production motorcycle in the world in 2006, their owners have adored them, and ex-owners have regretted selling them. Keep an eye on used prices, it might be worth snapping one up!