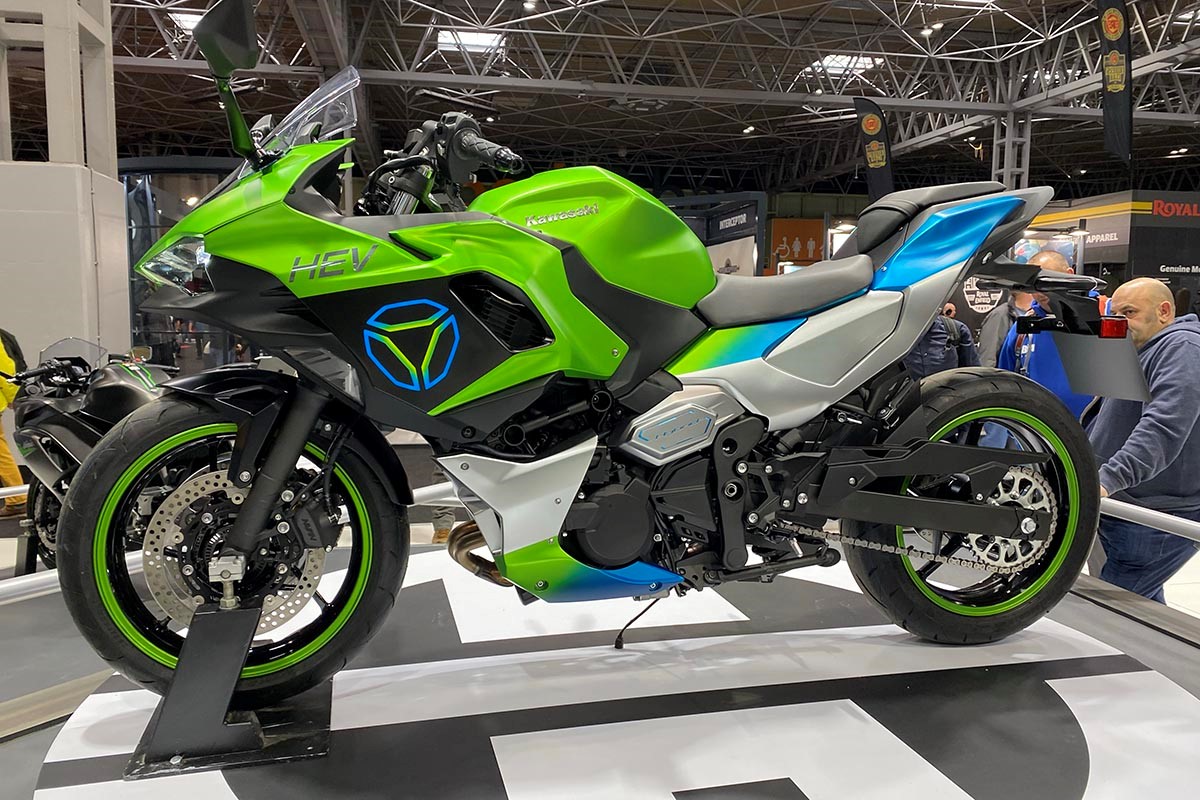 A naked ‘Z’ and a faired ‘Ninja’ model will be developed on the same platform. The pair will be eligible to be ridden on an A1 licence, in line with a 125cc petrol machine, and will feature 3kWh batteries. That relatively small capacity battery pack points to a lightweight and hopefully affordable pair of electric motorcycles, although range is likely to be less than 40 miles on a single charge. 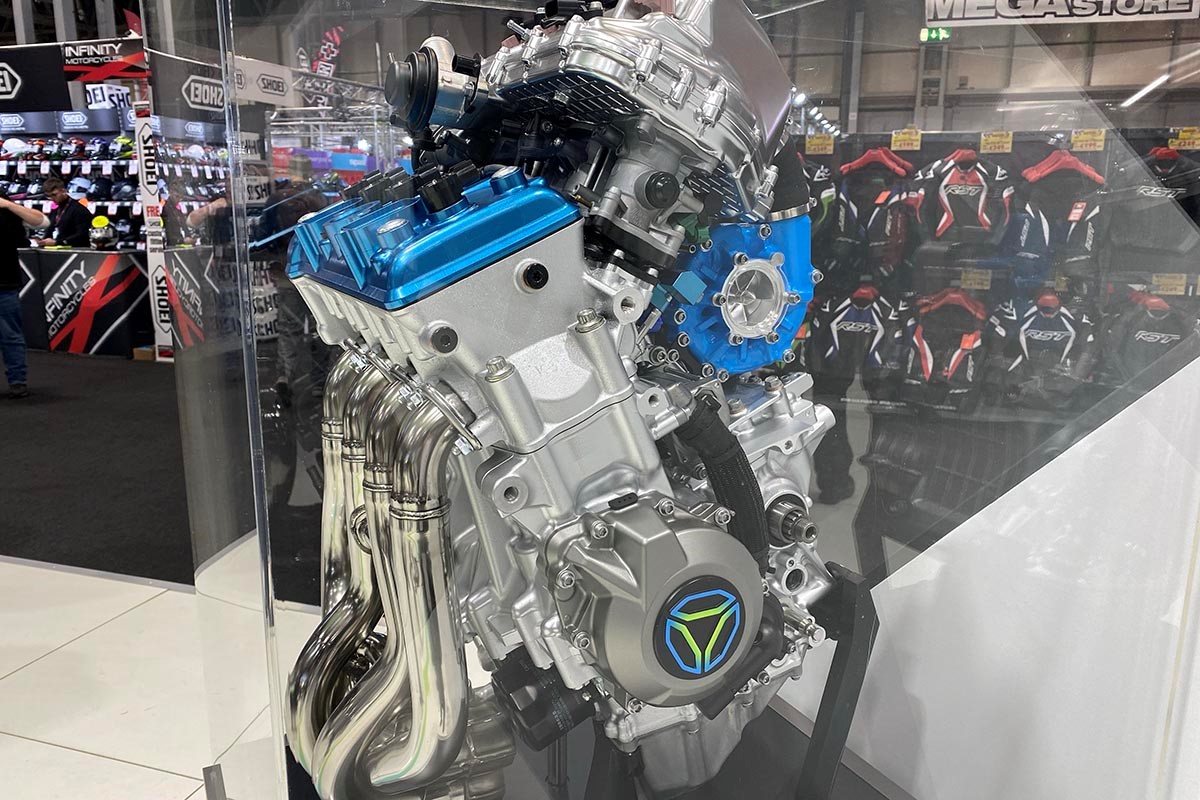 Kawasaki showcased the new machines at the recent EICMA motorcycle show in Milan, as well as Motorcycle Live in Birmingham. The company also previewed a prototype hybrid machine, combining battery and petrol power, which is set to form the basis of a production motorcycle from 2024.

Motorcycle Live also saw the display of a hydrogen powered engine based around the existing H2 supercharged unit, with the prototypes all forming part of Kawasaki’s company wide drive towards carbon neutrality Diverse as ever, earlier this year Kawasaki launched an electric balance bike for children, called the Elektrode, for the American market, and has even unveiled a battery assisted cargo tricycle called the Noslisu at a trade show during the summer.

Where electric powered two-wheelers have predominantly been the domain of EV startups, like NIU and Super Soco at the lower end of the market and Energica and Zero Motorcycles at the top, legacy manufacturers are now starting to get in on the act. Kawasaki and Honda have publicly stated their (near) future plans to build electric motorbikes and scooters, while Yamaha’s electric moped, the Neo’s, went on sale earlier this year. Even the historically very traditional Harley-Davidson has got in on the act, with the LiveWire, the first of many anticipated electric products, while Ducati will take over as the sole supplier of the MotoE World Cup racing series with its bespoke electric superbike. 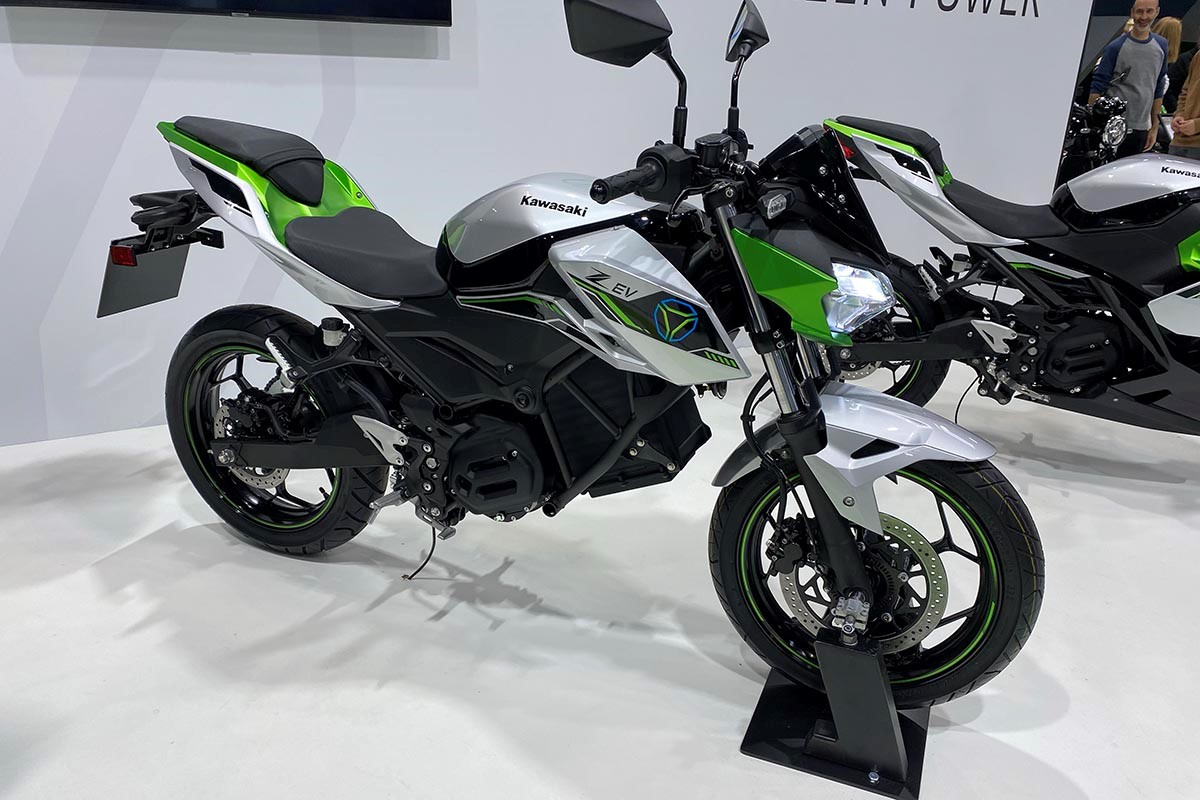