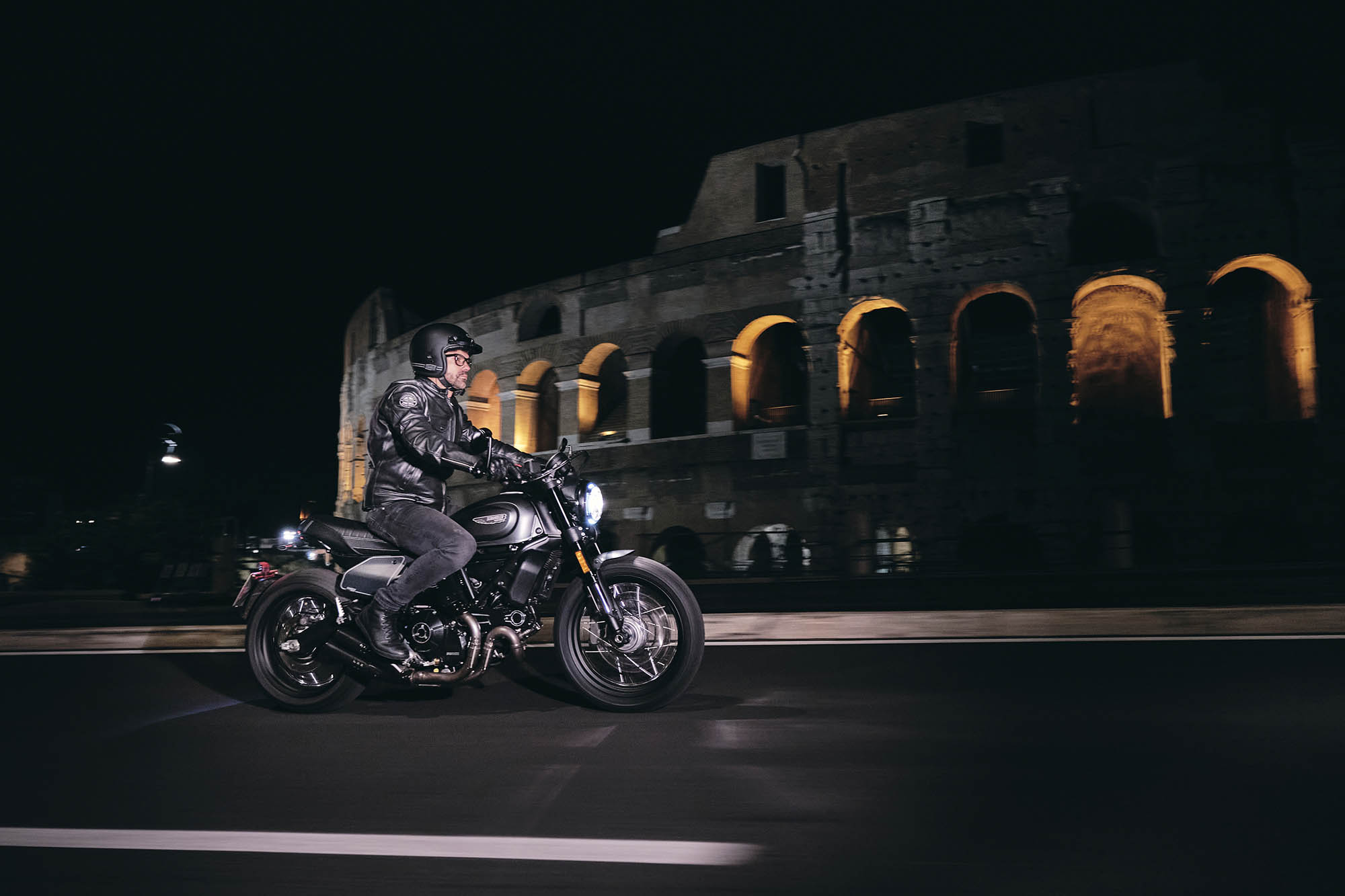 Ducati has given its XDiavel power cruiser range a mild makeover to go along with its Euro5 update, with black paint very much being the order of the day at the Bologna factory.

The carryover XDiavel S has been joined by two new models, the XDiavel Black Star and XDiavel Dark.

Coming in at £16,995, the XDiavel Dark is the entry level model in the three bike range. Like all three of the 2021 XDiavels, the 1262cc Testastretta DVT two-cylinder engine has been modified to meet the more stringent Euro5 regulations and includes a new silencer set up. Despite this, Ducati has found an additional 8bhp over the Euro 4 version, with peak power at 160bhp. Final drive continues to be by belt, in line with most big bore cruisers on the market today.

At £21,295, the Black Star carries a £600 premium over the S and the manufacturer says that the styling has been inspired by sports cars. There’s a matt grey and black livery, with red detailing throughout – including the cam covers – and a fancy high-grip suede seat.

The Black Star version also has a 2kg weight saving over the S thanks to its unique forged wheels, which are entirely machined and wrapped in Pirelli Diablo Rosso III tyres – with a huge 240 section rear.

All three updated XDiavels will be available from Ducati dealerships later this month.

Scrambler gets the Nightshift

Ducati has also updated its ever-popular 800cc Scrambler range to meet Euro5 regs and brings along a host of new variants, most of which are also using up Bologna’s stocks of black paint.

The ever popular Scrambler Desert Sled model also gets new colours, featuring a new Sparkling Blue livery but retaining the signature gold wheels. The base Icon model remains in the range too, with its traditional classic red and yellow colour options.