‘More than’ 10 new electric Hondas in next three years 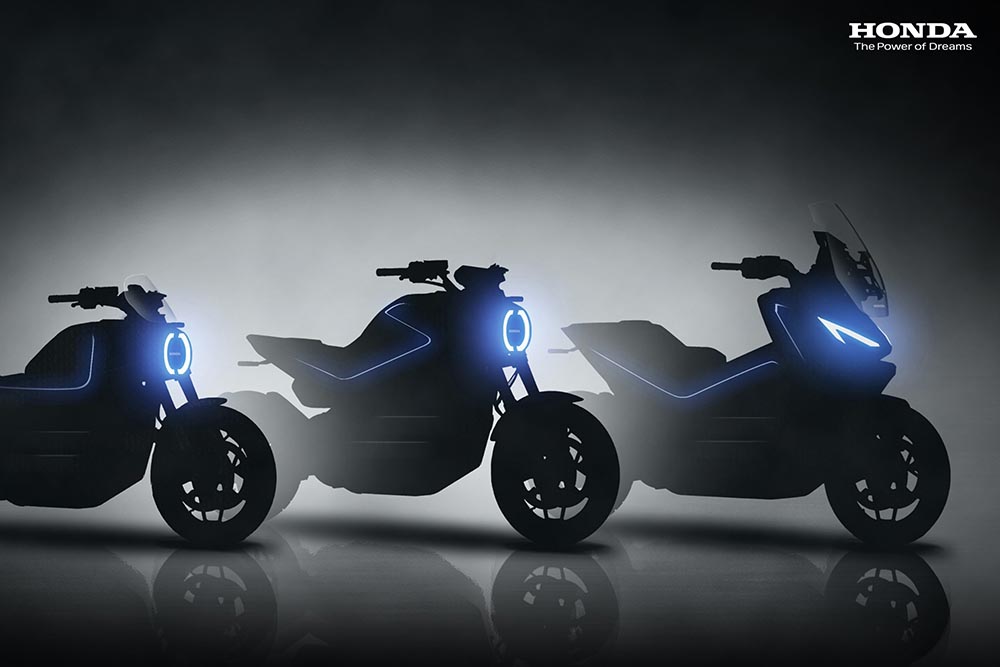 Promising more than 10 new fully-electric powered two wheelers in its range by 2025, including three larger ‘fun’ EVs slated for a 2024/25 release, as well as an off-road bike for children.

The Japanese giant has outlined its plans in a briefing named ‘Realizing Carbon Neutrality with a Primary Focus on Electrification’ and says that it expects to be selling a million battery powered motorcycles per annum within five years.

With plans for the sale of new small capacity internal combustion engined motorcycles set to go off sale in many countries by 2030, with all CO2 emitting vehicles following five years later, the document gives the clearest outline yet as to what the world’s biggest motorcycle manufacturer is planning.

In a slide shown in the presentation, the company displays the outline of seven scooter shaped machines, and says that it plans to deliver two small ‘personal’ EVs in coming years, which could be little more than a step up from e-bicycles. Honda has also reiterated it is working with other manufacturers to standardise removable batteries for small EVs, and we expect a big assault on the electric moped and small capacity sector, where Chinese brands NIU and Super Soco are currently already enjoying success

But the addition of three ‘big’ Honda electric bikes is intriguing. So far dedicated electric motorcycle brands Energica and Zero have been ploughing a furrow in the sector with little breakthrough, but it is now clear that the legacy manufacturers are getting ready to challenge with Ducati and Triumph standing in the wings and Harley-Davidson already in the market with the LiveWire.

What about the others?

Earlier this year Yamaha launched its new Neo’s electric moped, while Kawasaki has shown a number of prototypes over the past few years, with suggestions its first all-electric motorcycle could go on sale as early as next year – most likely a small motorcycle with performance on a par with a 400cc petrol power machine.

Interestingly, while Honda is committing to a carbon free future and has a focus on electric, it says that it will continue to develop internal combustion engines with particular mention of gasoline-ethanol blends, with models designed to run on E20 (20% ethanol) fuel planned for next year, and E100 (pure ethanol) machines in the marketplace come 2025.