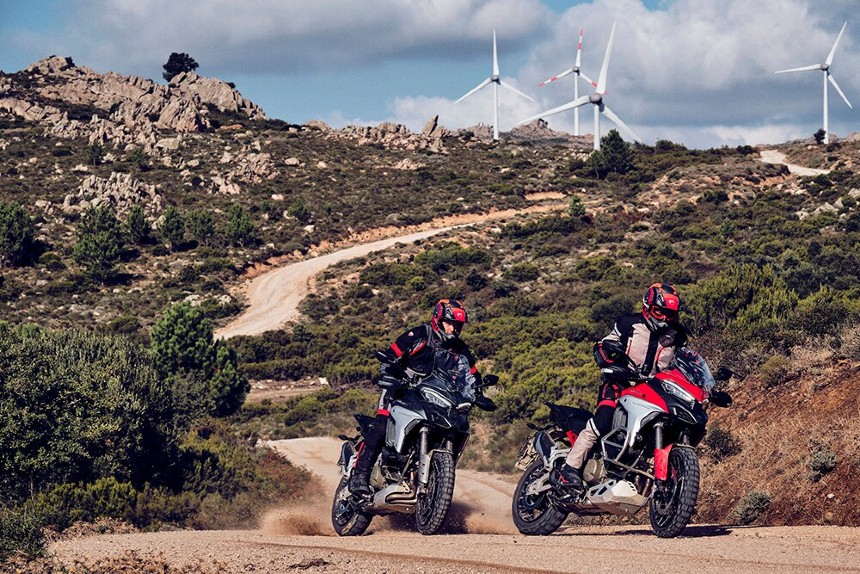 Farewell 2021. With Covid still causing chaos and disruption, it was still far from a ‘normal’ year for most of us. Out on the roads we were able to enjoy some fantastic bikes, although many motorcycle shows were cancelled, race seasons compressed and international travel and touring opportunities restricted.

As with everything in life, there are winners and losers, and we decided to take a look back at the year and pick our 10 stand out winners from the year just gone.

After years in the shadow of Honda’s best selling PCX125, the new-for-2021 Yamaha NMAX finally overtook its rival and topped the British sales charts in 2021.

This learner legal scooter was the UK’s biggest-selling powered two-wheeler in the year gone by, fuelled in no small part by the rise in home delivery services and a desire for commuters to escape public transport.

We took the PCX and NMAX out for a world-first comparison test in late spring. We felt that the lower costs and bigger storage capacity of the Honda just outweighed the Yamaha’s better brakes and handling. Clearly the British public disagreed, although both models were in scarce supply throughout the year.

Proving that demand was there for motorcycles of all kinds, 2021 was a big year for Ducati too.

They came close in racing, winning races but not titles in MotoGP and superbikes, but a slew of new road bikes – headlined by the latest iteration of the Monster and a high-tech Multistrada V4 – saw the iconic Italian brand post record sales figures last year, with just under 50,000 units sold in the first nine months of the year alone. With the new DesertX model and the first sighting of their debut electric superbike, 2022 looks to be another stratospheric one for the Audi-owned brand.

Enfield had enjoyed a surprisingly successful 2020 with its Interceptor 650 topping the sales chart while the world dealt with the Covid lockdowns and, proving that was no fluke, the Meteor 350 proved the sleeper hit of 2021.

While the well priced Interceptor continued to sell well in the past 12 months, and we really enjoyed it when we tested it recently, the £3900 Meteor was topping sales charts outright in the final quarter of the year.

We can’t wait to find out what the Indian brand has to offer this year.

TVS unveiled the new Norton factory in Solihull a few months back, with plans to deliver a re-engineered version of the V4 superbike in 2022, while the Mahindra owned BSA brand came back to life at Motorcycle Live with a traditionally styled new bike wearing the iconic Gold Star badge with pride.

Like every other superbike out there, Yamaha’s R1 barely troubled the sales charts in 2021 but on the tracks, it was almost untouchable.

R1 mounted riders won the British, American and world superbike titles in 2021 in a show of complete dominance. With the MotoGP title also going to the tuning fork brand, it was a fantastic season for the blue bikes.

Toprak Razgatlioglu’s world superbike title with Yamaha may have ended Jonathan Rea’s six-year title-winning streak, but it was still a stellar year for the Carole Nash insurance ambassador.

The Ulsterman brought his best to every round as he raised his game to take the fight to his former protégé and still managed to win 13 races on his Kawasaki – taking the battle to the final round.

Rea ended the year by being awarded an OBE in the New Year Honours List and, if Kawasaki can deliver a few more ponies for his ZX-10RR, he should be well in contention for title seven in 2022.

Talking of JR, it really was a vintage season for WorldSBK. The production bike class has really been in the shadows for the best part of two decades, since MotoGP went four-stroke, but the intense racing between Rea and Toprak – with frequent cameos from Scott Redding – made the series a must-watch again in 2021.

What’s more, it looks set to be even more exciting in 2022. The two main protagonists remain, while Redding switches to the improving BMW M 1000 RR. His place at Ducati goes to Alvaro Bautista, and the Italian brand also has two hard-charging youngsters in Axel Bassani and Michael Rinaldi – both of whom could make a major breakthrough in the months ahead.

Sneaking silently into our top 10 is the rise of the electric scooter and moped.

While larger electric motorbikes are still only selling in small numbers, the moped market is dominated by battery-powered bikes.

Chinese brands Super Soco and NIU are leading the way, tapping into the rise in demand for ever quicker door-to-door delivery services in large cities. They’re small, humble and affordable – and often overlooked in the transportation mix. Probably not for much longer though, as we fully expect to see even more out our roads this year.

It felt like 2021 represented a changing of the guard in motorcycle racing.

The aforementioned Toprak Razgatlioglu brought a new style of riding to world superbikes, while in Grands Prix 16-year-old rookie Pedro Acosta stormed to the Moto3 title – with Moto2 rookie Raul Fernandez winning eight of the 18 races and taking second in his first year in the championship.

In Britain, 25-year-old Tarran Mackenzie was the youngest British superbike champion since 2013 and in the main MotoGP class we saw the retirement of the legendary Valentino Rossi, aged 42.

Winner of the MotoGP title was 22-year-old French rider Fabio Quartararo. The Yamaha rider overcame early season arm pump problems to control the season with commendable consistency, being the only rider to consistently fight at the front on the YZR-M1 and becoming the sixth youngest premier class champion of all time.

Boring we know, but once again we tip our hat to the venerable BMW GS adventure bike.

A part of the BMW range in one form or another since 1980 and year-in, year-out the big boxer continues to set the standard in the adventure touring class.

They’re not cheap, but that doesn’t stop them from flying out of the showrooms. In 2021 there was new competition in the form of Ducati’s high-tech Multistrada V4 and Harley-Davidson’s much-vaunted Pan America.

Combined sales of the R 1250 GS and R 1250 GS Adventure once again make it Britain’s best selling motorcycle over 125cc. Having tested it against its more off-road focussed rivals in the summer, it was easy to see why.