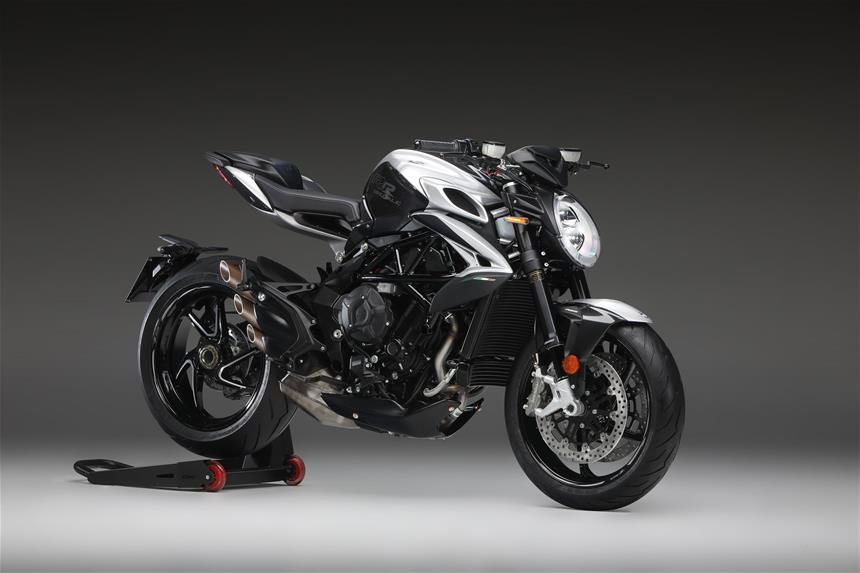 Premium Italian motorcycle manufacturer MV Agusta has announced a raft of updates to its three cylinder, 800cc, naked bikes – the Brutale 800 RR and Dragster RR for 2021.

As with all manufacturers, MV have had to make changes to keep their bikes compliant with the newly introduced Euro5 emissions laws, however rather than simply making modifications to the engines to clean them up, the Varese-based company has taken the opportunity to make more comprehensive changes that should make the bikes more practical as a day to day proposition.

Getting the engines to meet Euro5 doesn’t seem to have been such a major task for MV, with the main updates being some key internals being treated with a DLC (Diamond Like Coating) coating and the adoption of some new bearings to reduce friction, as well as a new exhaust system. Power remains a 138bhp, with a new clutch and revised gearbox claimed to create a smoother and more accurate shift.

Electronics is one area where all manufacturers have been making big strides in recent years and MV Agusta are no different. The 800s get a new IMU (Inertial Measurement Unit) which allows for the adoption of the latest cornering ABS, lean-sensitive traction control, wheelie control and launch control – giving the rider greater, er, control. 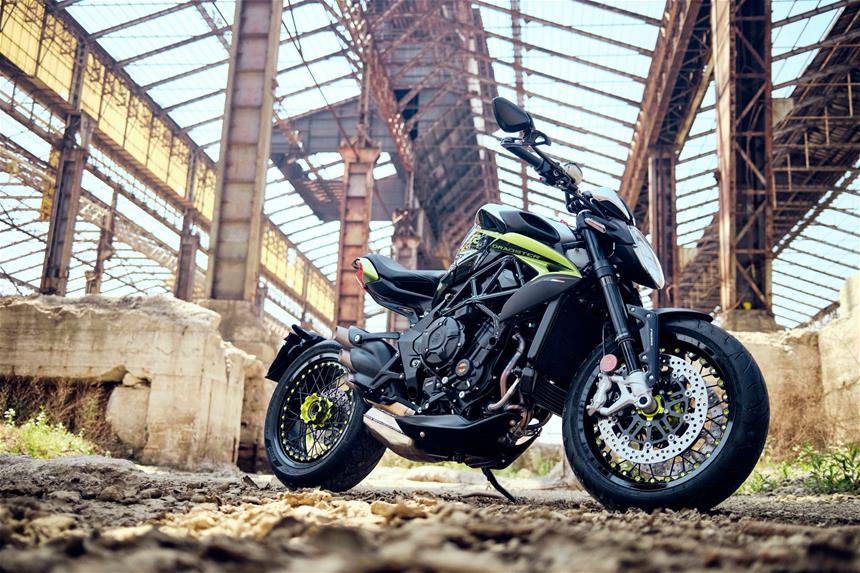 Many of these changes have already been seen on the gorgeous Superveloce 800, so it’s no surprise to see that bike’s 5.5” full colour TFT dashboard make its way onto the naked bikes too. The dash, which is controlled through a joystick on the left hand switchgear, can be paired to a smartphone to incorporate turn-by-turn satellite navigation. There’s also the addition of cruise control, too.

The chassis of the two models have been modified too, with the addition of new frame plates to increase the stiffness of the chassis. There’s also a revised rear linkage, different suspension calibration and an adjustable steering damper. Both bikes also gain a new saddle, with increased padding for improved comfort.

The changes apply to both the Brutale and Dragster, which remain essentially the same base machine with some small aesthetic differences. The Brutale is a more contemporary offering, along the likes of a posh (and more expensive) Triumph Street Triple RS and Yamaha MT-09 SP while the pricier Dragster sports spoked wheels and some small cosmetic changes to create a mash up of modern and retro styling cues.

As well as the RR versions of the Brutale and Dragster, the entry level ‘Rosso’ model continues, with a lower spec and less powerful (112bhp) version of the 800cc three-cylinder motor. There’s also an RR SCS version, which runs an automatic clutch, and a range topping, limited run, RC SCS version of the Dragster, which runs the lighter cast alloy wheels and comes with an SC Project race exhaust for track use.

We’re still awaiting news on exact prices and availability dates but, if you’re in the market for an MV, give your local dealership a bell and have a natter.