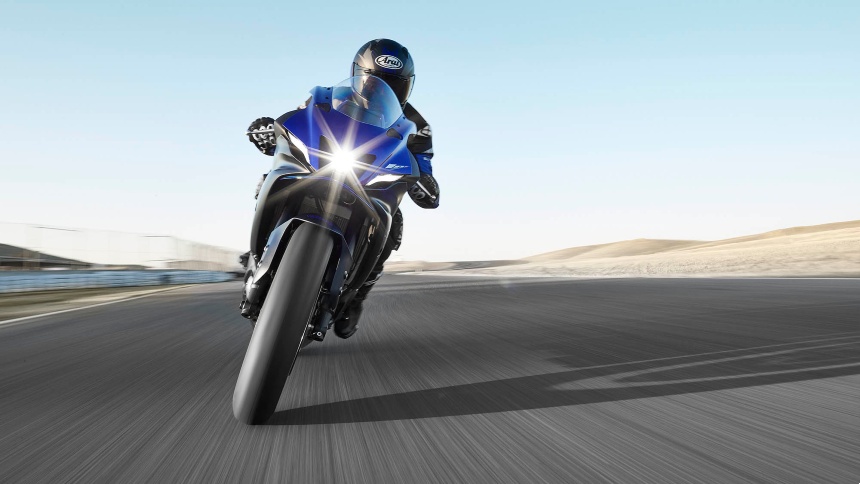 Yamaha has today announced the revival of one of its most famous names, with a sporty new R7 set to take on the new Aprilia RS 660 and Kawasaki Ninja 650 in the increasingly popular middleweight twin class.

Where the original YZF-R7 of 1999 was a super sophisticated, limited run of 500 examples designed to race in the Superbike World Championship, the latest R7 can trace its roots to the more humble MT-07 roadster and has a more mass market appeal.

The 689cc MT-07 has rightly been a smash hit since its introduction in 2014 and fills a hole left in Yamaha’s ‘R’ range, which includes the YZF-R125, YZF-R3 and YZF-R1, since the departure of the YZF-R6. In deference to the legendary superbike race of two decades ago, the new R7 won’t wear the famous ‘YZF’ logo, however the new model looks to have enough sporting credentials to appeal to a new generation of motorcyclists.

Certainly the R7 is more than just an MT-07 with a sports bike fairing. The free-revving 72bhp ‘CP2’ motor is shared with the naked bike, but has a revised air intake, exhaust and ECU. The adoption of an ‘Assist and Slipper’ clutch is said to create a lighter feeling at the lever, while preventing rear wheel hop and over-revving on corner entry. A quickshifter is also available as an optional extra, to allow smooth clutchless upshifts, while gearing has also been lowered to improve acceleration. 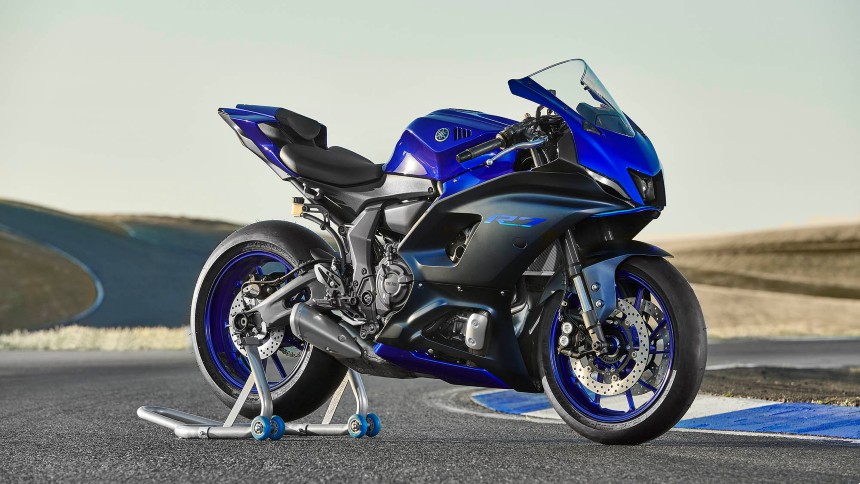 The R7 frame is also derived from the steel unit on the MT-07 but gains an aluminium brace, which promises to improve rigidity. The MT-07’s basic forks have been replaced by 41mm upside down units, which are adjustable for preload, compression and rebound damping. A new rear suspension linkage, triple clamps, radially mounted brakes and clip-on handlebars contribute to a slight front end weight bias and a real supersport look to the R7.

While the R7 is a very slender looking machine, it does come with a wide 190-section rear tyre – which seems excessive for a 70-ish horsepower twin but does look fantastic. Speaking of looks, there are two colourschemes available, a gloss black or Yamaha’s now standard racing livery of ‘Icon’ blue. A number of sporty accessories are also available, including a titanium Akrapovic exhaust and LED indicators.

Although conceived principally as a road bike, it would be no surprise to see some R7s end up on the race track. ‘Supertwins’ are becoming an increasingly popular race class at club racing level, and at the Isle of Man TT, but for the majority of us the new Yamaha R7 looks like providing a very usable sporting road bike.

Prices and launch dates are still to be confirmed, but we’d expect it to sit somewhere between the £7099 Ninja 650 and the £9700 Tuono when it arrives in the Autumn.