Piaggio Beverly scooter gets a 2021 makeover 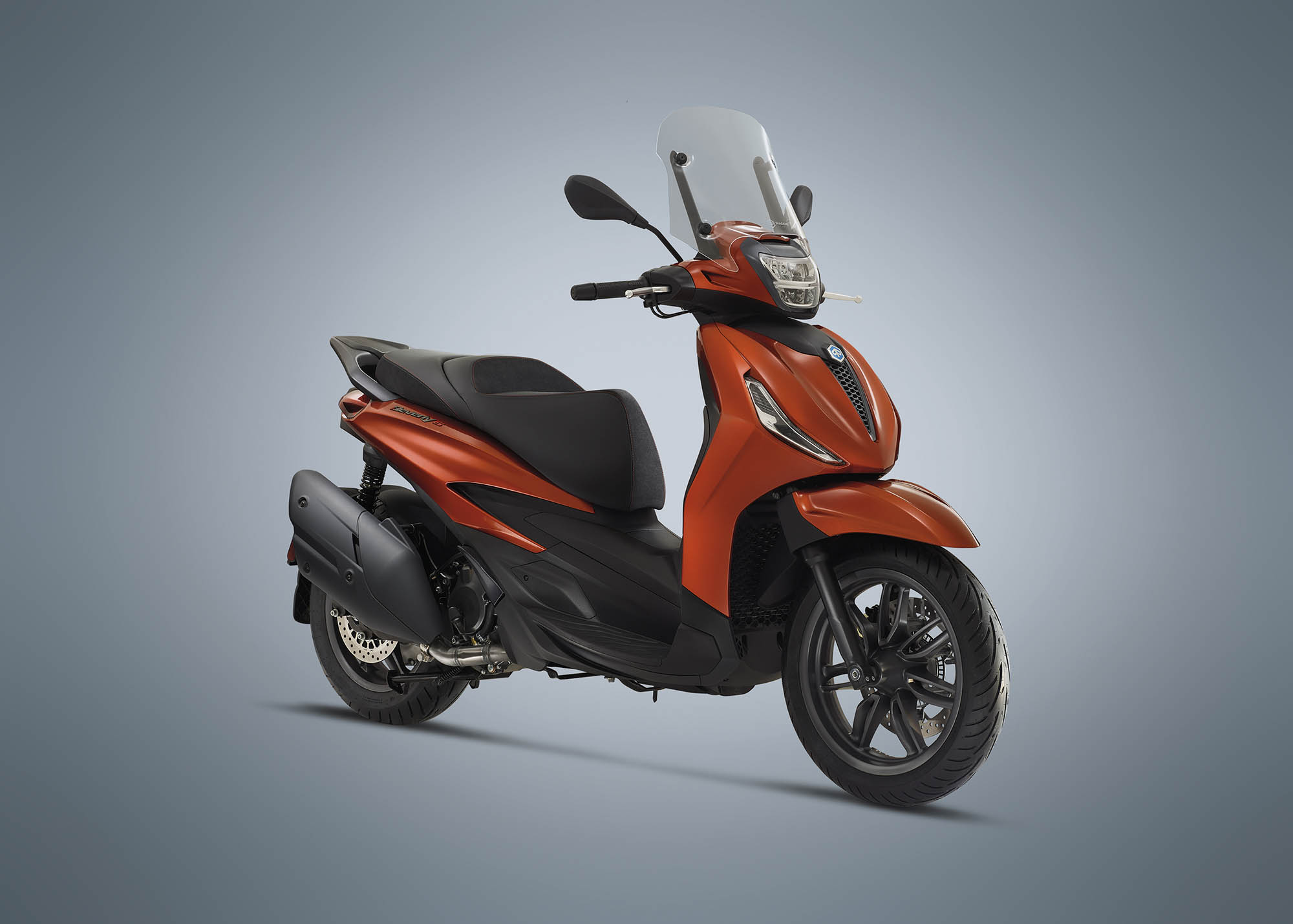 Italy’s answer to the Honda SH300i, the Piaggio Beverly, is being heavily updated for 2021 with new 300 and 400cc single cylinder engines and refreshed styling.

Piaggio has given its elegant tall-wheeled commuter scooter new motors to meet the latest Euro5 emissions legislation, and despite running cleaner than their predecessors, the new Beverlys have gained a healthy power boost as well.

The 300cc version has a claimed 23% power increase over the old model, making just under 26bhp at 8000rpm, with maximum torque also up by 15%, to 26Nm. The 400cc model is new for 2021 and replaces the outgoing 350cc version. It delivers almost 10bhp more than the 300 and, with nearly 38Nm of torque, promises to be even nippier away from the lights as well as being a more suitable proposition for riders who spend more time on dual carriageways.

While the double cradle frame appears to be carried over from the Euro4 version, the suspension has been upgraded at both ends, with 35mm Showa forks up front and five-way preload adjustable twin shocks at the rear. One of the benefits of bigger wheeled scooters is that they usually provide a more comfortable ride than their small wheeled brethren and Piaggio say that their new Beverly (with a 16” front and 14” rear wheel) enjoys ‘motorbike-like riding comfort’. The 400cc version also now has a wider 150-section rear tyre (up from 140) to improve stability at higher speeds.

Greater convenience and improved connectivity is at the heart of the other modifications. The keyless ignition system, becoming a popular addition in this category of mid-capacity scooter, means that unlocking the seat and fuel cap, as well as the steering lock and start functions, can be carried out with the key remaining in the rider’s pocket.

There’s also a new 5.5” LCD dashboard and revised switchgear, while the 400 also has Piaggio’s MIA connectivity system as standard. MIA connects the Beverly’s ECU to the rider’s smartphone via Bluetooth and allows the rider to record data from the scooter and keep an eye on wear and tear, as well as all the usual connectivity involving navigation, phone calls and playing music.

No word on prices or exact delivery dates, but we would expect the range to start at around £4600 for the basic 300 model.