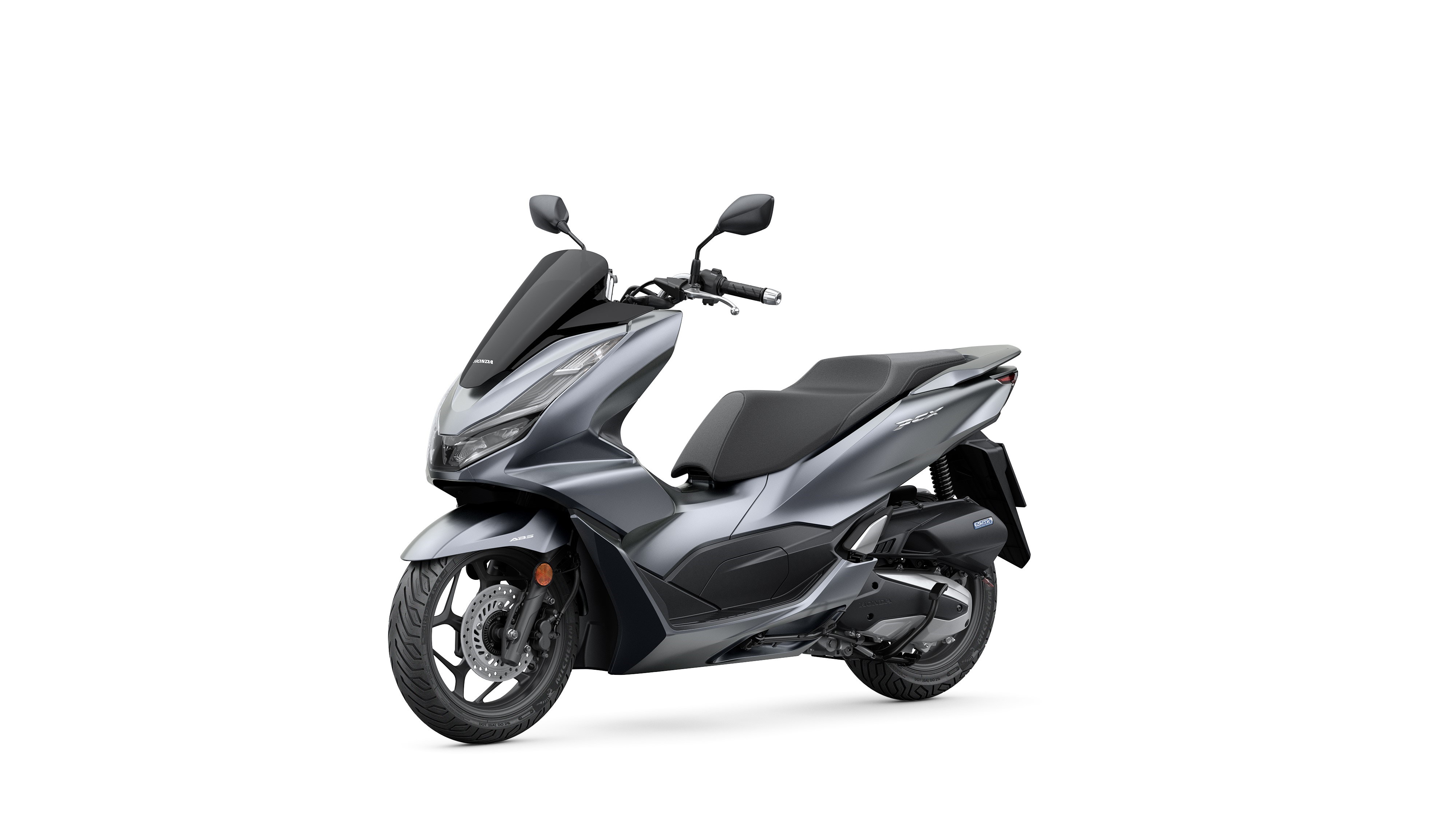 Honda has announced updates to seven of its carryover models for 2021, headlined by a restyle of the best-selling PCX125 scooter.

The learner legal PCX has been the UK’s biggest selling powered two-wheeler for a number of years and gains a Euro 5 update and a host of other improvements, as well as completely new bodywork.

Honda claims that the revised engine is both more powerful and more fuel efficient, and now comes with a form of traction control, or ‘Honda Selectable Torque Control’ as the manufacturer calls it. The power output still remains shy of the A1 class limit, at just over 12bhp, but it remains good for a 60mph top speed. The 8.1 litre fuel tank remains one of the biggest in the class and based on the staggering efficiency of the old model should easily allow for over 200 miles between stops – with Honda claiming a near 240 mile tank range in optimal conditions.

If a complaint could be thrown at the old PCX then it would be that the styling was rather staid, especially compared to the Yamaha NMAX, its main competitor, but the 2021 version gains a sharper new suit. All of the bodywork has been redesigned, while the LED headlights give a more premium and contemporary look. As is always the case with the PCX, Honda is offering the scoot in a range of classy but slightly sober colours. Four options are available; a new Matt Dim Gray Metallic, as well as carry over colours Candy Luster Red, Matt Galaxy Black Metallic and Pearl Jasmine White.

While there was nothing essentially wrong with the PCX125’s handling, it was one area where its NMAX rival held a small advantage. Honda is also claiming that the new PCX125 will be more agile than the outgoing model. The steel frame is new and lighter than before, while the twin rear shocks are 10mm longer and utilise stiffer springs. The new wheels feature wider tyres, 110 section at the front and 130 at the rear, which is now a 13” rather than 14” hoop. Together the changes promise to combine to deliver a more composed ride than before.

Other improvements to the 2021 PCX125 include more underseat luggage space, up 2.4 litres to 30.4 litres, and a Type C USB charger in the glovebox. There’s also smart key ignition system, which can also be paired with the accessory 35 litre top box, which locks automatically when the smart key is out of range.

Many of the modifications made to the PCX125 are also utilised in the big wheeled SH Mode 125 scooter too.

The SH125 also features an updated eSP+ engine, more storage space, USB charging port and smart key ignition. It has also been given a mild restyle with a tweaked front end, along with LED headlights and new wheels. The SH300i has also been replaced by a bigger capacity SH350i, which promises improved performance and a number of upgrades such as the smart key system and traction control.

Changes to motorbikes too

It’s not just Honda’s scooters which have been given a makeover.

The eminently practical NC750X commuter gets a 6kg weight loss, engine updates with a little more power (up 4bhp to 58bhp), revised gearing and a number of small changes to the styling. The X-ADV crossover model also shares the NC’s engine upgrades and has a number of small tweaks of its own.

The top end CB125R now gets new Showa big piston forks, something not normally seen on a 125cc learner bike, while the CB1000R gets new wheels, headlights and subframe for a more aggressive look. The CB1000R also comes in a ‘Black’ edition which features many blacked out components. The naked litre bikes also gain a 5” TFT dashboard as part of the 2021 update, while the CB1000R, NC750X and X-ADV all gain additional connectivity with the addition of the Honda Smartphone Voice Control system.