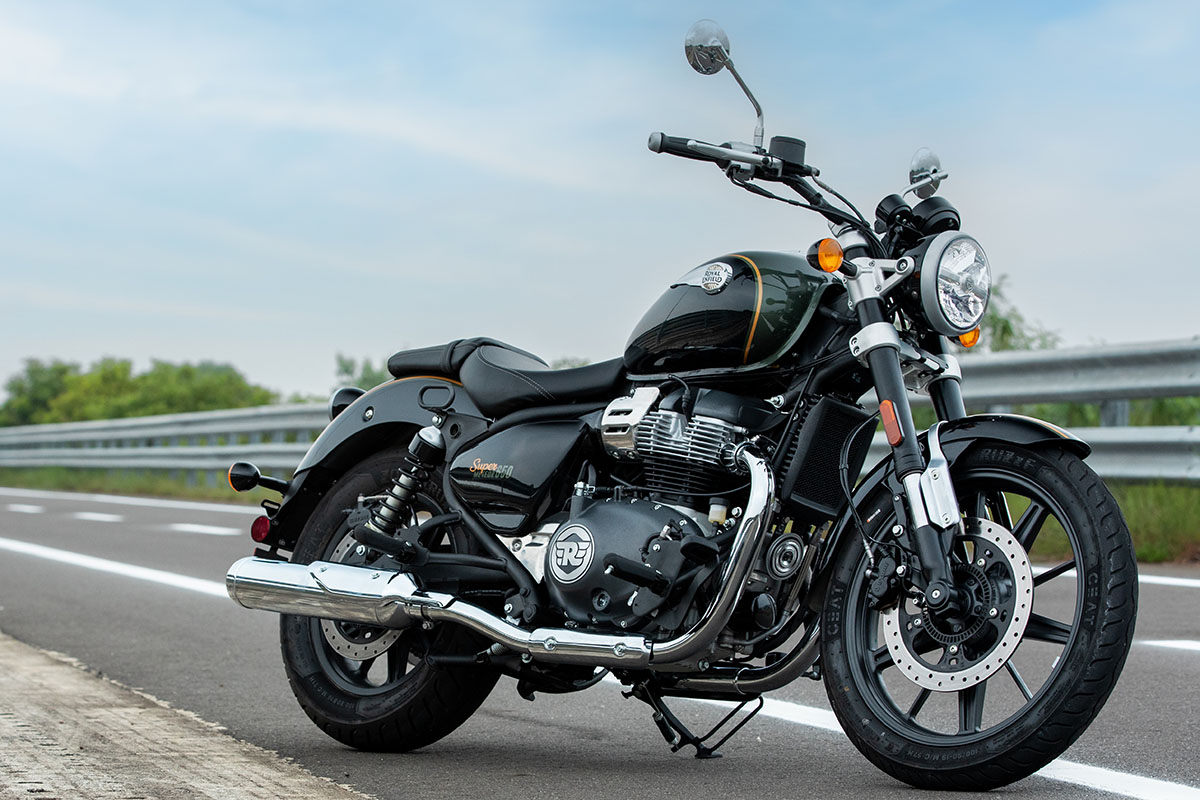 Royal Enfield have been seriously impressive over the last few years, smashing the sales charts with their popular 650cc and 350cc machines. And for 2023, there’s another addition to the stable with their Super Meteor 650 Cruiser.

Building on from the success of the super popular Meteor 350, the Super Meteor utilises the same 648cc twin engine as the Interceptor and the Contintental GT, but now comes enclosed in a new chassis built by Enfield-owned Harris Performance. Royal Enfield say that they have crafted this chassis for easy manoeuvrability alongside high-speed stability, and it goes alongside the altered riding position with feet-forward pegs, a low seat and ‘bars that are back, like you’d find on a proper, old-school cruiser. As you’d imagine, it also comes equipped with USD forks, LED lights, a navigation system and redesigned engine covers, too.

Royal Enfield Chief of Design, Mark Wells, said: “Our goal was to create a motorcycle that captures the very essence of British cruisers. The design language is influenced by styles of the 1950s, including our own motorcycles, but with a contemporary twist. The Super Meteor 650 is a carefree motorcycle for riding until you decide it’s time to stop, for crossing immense, immersive landscapes, for heading towards the horizon's vanishing point”.

The Super Meteor 650 comes in two variations: the standard model or the Tourer, which comes equipped with the Grand Tourer accessories kit, which gives it a deluxe dual seat, touring windscreen, passenger backrest, deluxe footpegs, panniers, LED indicators and some different handlebars.

No word yet on prices, or how much it will cost, but with Royal Enfield’s recent history of developing well priced motorcycles we can see this being another sales success.