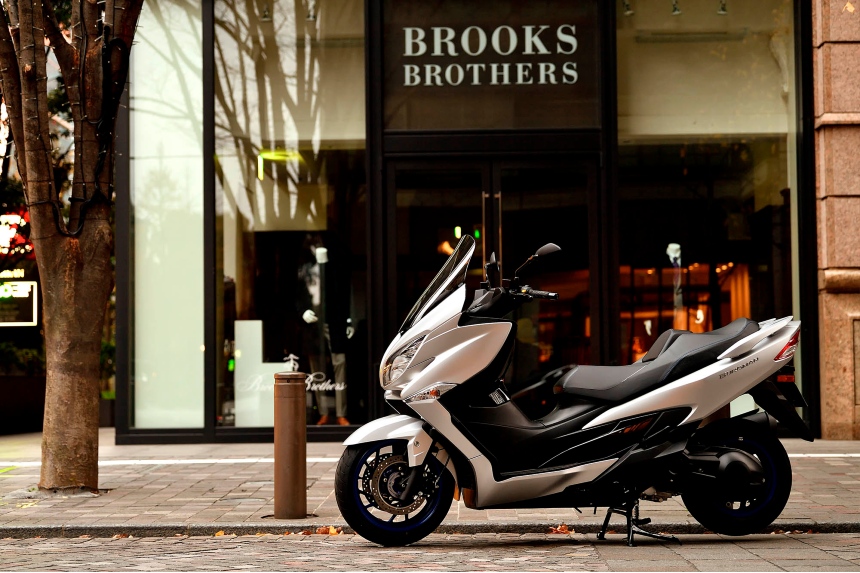 First launched back in 1998, Suzuki has announced that it is updating its venerable Burgman 400 with a heavily revised engine to meet the latest Euro5 emissions regulations and improve performance and fuel economy.

In many ways the Burgman paved the way for the ‘maxi-scooter’ sector – large capacity twist and go scoots with plenty of storage space and enough performance to comfortably handle motorways. Yamaha’s bigger, 500cc, TMAX would go on to popularise the class, especially in Italy, after it was launched in 2000, although Suzuki would steal some sales with the even bigger Burgman 650. 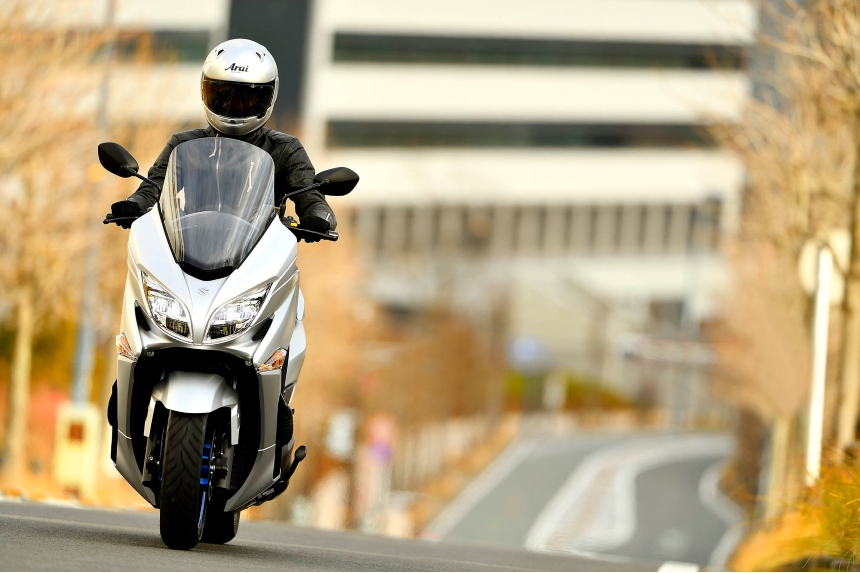 While the 650 drifted quietly out of the Suzuki range a few years back, the 400 soldiers on with what is its third significant update in over two decades. Much of the development is hidden away under the hood, with the single cylinder motor getting a new twin spark cylinder head, camshaft, pistons and fuel injectors. Suzuki has fitted its ‘Easy Start’ system (not that a Burgman was anything other than incredibly easy to fire up anyway) and they say that the new package gives better throttle control and an improved top speed. Traction control is fitted for the first time, improving safety on low grip road surfaces, and there’s a new ABS system too. To combat bike theft, security has also been a priority for Suzuki’s design team with an immobiliser system, covered ignition barrel and a chassis designed with a ‘chain tunnel’ in the bodywork, allowing a hefty security lock to be passed through the chassis in order that the scooter can be shackled to railings or a ground anchor.

The instrument cluster has been updated but, otherwise, it’s more or less the same tried and tested formula that has created a loyal fanbase over the years. There’s still 42 litres of storage under the seat, with a decent bit of additional space in the storage bins up front, one of which also contains a 12v socket to charge or power devices. It’s a generously proportioned machine that’s renowned for its comfort, with a plush saddle and large and flat footboards. Suzuki also offer a 47 litre top box as an optional accessory.

In terms of physical size, performance and pricing, the Burgman 400 sits somewhere between £10k + maxi-scooters like the TMAX and Honda Forza 750, and the more affordable 300cc XMAX and Forza. No price has been announced yet for the 2021 Burgman 400, but we expect a small increase on the £6599 of the outgoing model. For riders looking for a scooter which can be ridden on a provisional licence, the Burgman 125 remains in the Suzuki range, priced at £3799.