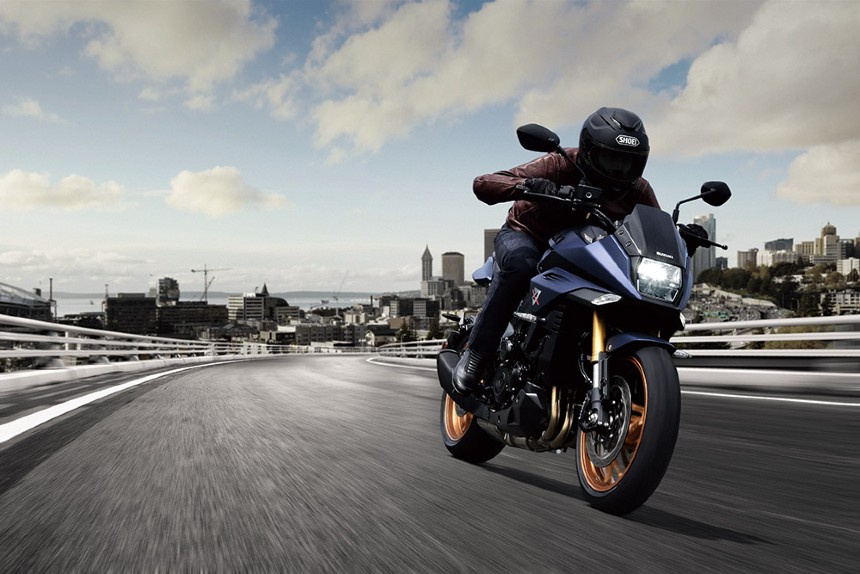 Rebooted retro naked gets more power and better electronics to bring it in line with the rest of Suzuki’s GSX-S range.

Back in 2019, Suzuki revived their legendary Katana name, with what was essentially a dressed-up GSX-S1000 in a retro (and somewhat divisive) dress. And now, with the GSX-S1000 getting updated for 2021, it’s the Katana’s turn to get the same love.

For starters, Suzuki says that the 2022 Katana produces 150bhp at 11,000rpm, slightly up on the 148bhp claimed previously. It’s not just a little dash of extra top-end power that’s a new year bonus, as the 2022 model makes a broader spread of torque throughout the rev range, thanks to a new intake and exhaust camshaft, new valve springs, new exhaust, and a new airbox, alongside a new ride-by-wire throttle which should work wonders in smoothing out the initial throttle response. It’s also now Euro5 compliant, which is nice.

Electronically, the Katana now comes equipped with what the manufacturers call the Suzuki Drive Mode Selector system. Essentially that’s an array of riding modes, with three different engine maps delivering different degrees of throttle response, although all maps still deliver the same peak power. As you can imagine, it also has ABS, alongside an updated dash, five-stage traction control and more notably, a quick-shifter and auto-blipper.

The rest of the machine remains fairly similar, with the same twin-spar aluminium frame, KYB suspension and Brembo braking setup, completed with Dunlop SPORTMAX RoadSport2 rubber, which has been custom engineered for the GSX-S platform.

The 2022 iteration gets a few new colour schemes to complete the changes, and although there’s no word just yet on price, we expect it to be slightly more than the current RRP of £11,499. The bikes will be available in dealerships from Spring 2022.