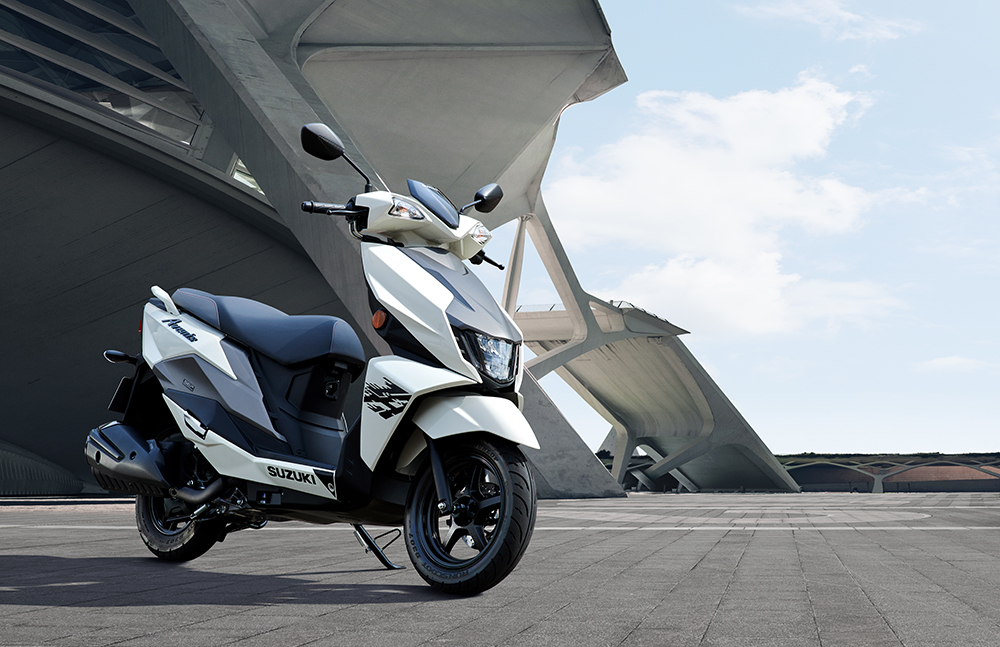 Sales of 125cc scooters have been huge in recent years, fuelled by a rise in demand for cheap commuter machines as well as home delivery services, and we’ve seen Honda’s PCX 125 and Yamaha’s NMAX regularly topping the sales charts. Having been largely absent from this sector for many years, Suzuki is set to grab a slice of this increasingly large market with the introduction of not one, but three learner legal twist and go scoots for 2023.

Suzuki announced the new the Address 125 and a sporty Avenis 125 back in July, and they have backed that up with a third model at this week’s Intermot bike show in Cologne – the Burgman Street 125EX. 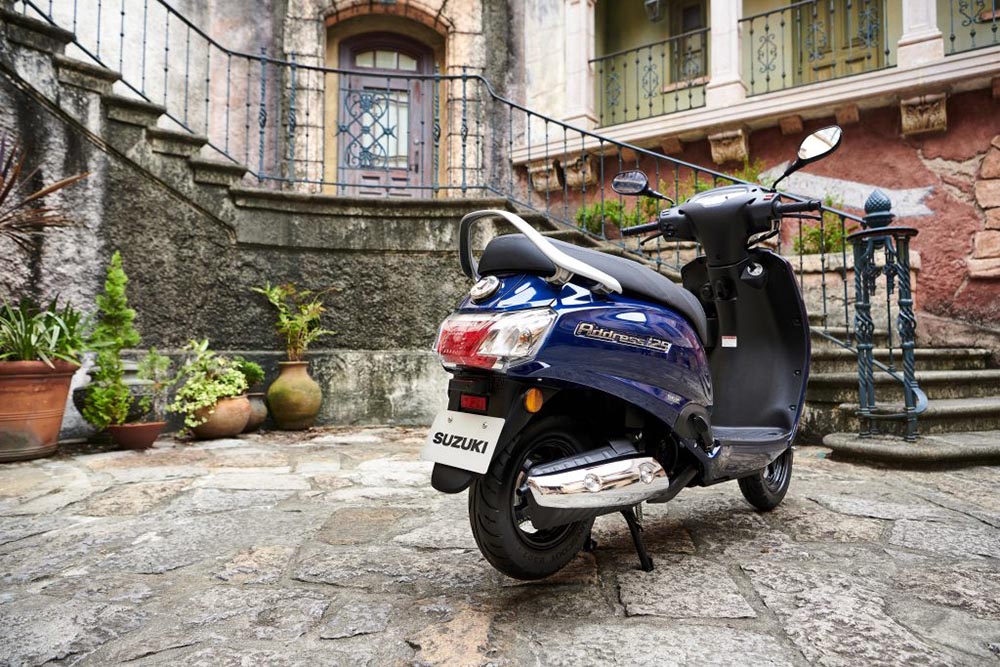 All three models are more basic than the class leading models from Honda and Yamaha, although that should mean they are a good bit cheaper too.

The Address name is not new for Suzuki. Originally applied to a Honda Cub-style, semi-automatic step thru in 2007, the name has been applied to a budget 110cc scooter in more recent years. Ok, so the new 125 appears quite a bit more basic than the competition, with the 8.6bhp air-cooled motor offering a chunk less power than the NMAX and PCX, while the spec sheet also has less fancy stuff than the class leading models.

Suzuki have repositioned the Address, with more retro lines than before, no doubt to give each new model its own character and to overcome criticism of the perceived blandness of the previous model’s styling.

Likewise, Burgman is an iconic Suzuki name – having been applied to bigger, luxury style scooters for over 20 years. The Burgman Street 125EX doesn’t quite follow in the tyre tracks of its namesakes, running a slightly modified version of the same venerable air-cooled engine (variants of which have powered more than five million Suzukis) as the two other ‘new’ models.

Styling is contemporary and in line, in line with the popular NMAX and PCX, rather than the bigger and more maxi-scooter style of past Burgmans. It still looks practical though, with almost 22 litres of underseat storage and an additional compartment up front being perfect for the daily commute. 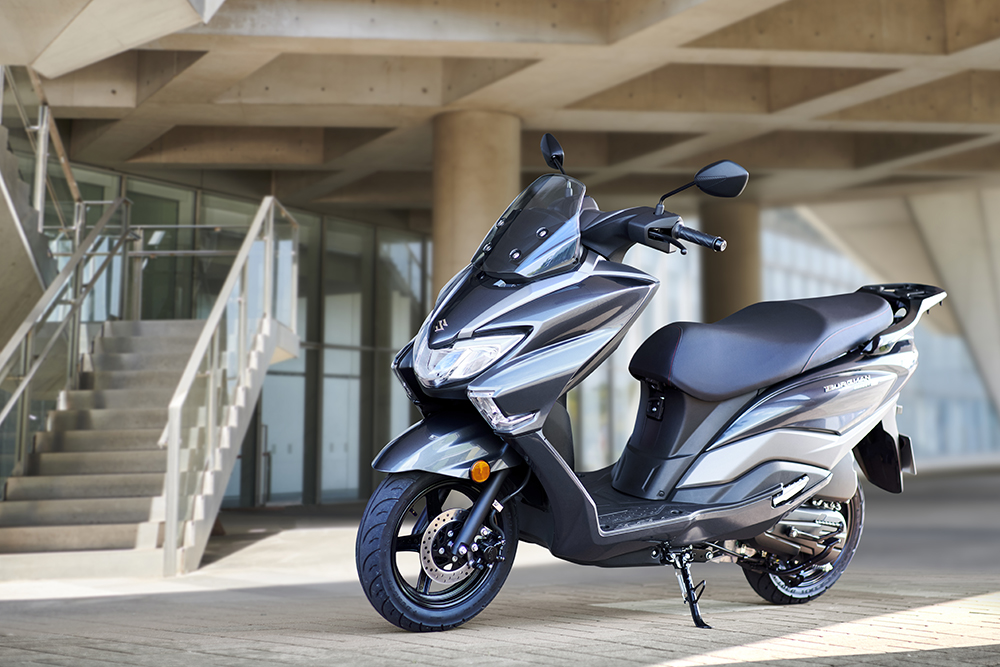 The Avenis also uses the same 148.6mpg engine but is wrapped up in a more aggressive, sports-styled, body. In contrast to the softer, almost retro, lines of the Address 125, the Avenis features a physically wider, taller and longer set-up, with two-tone graphics complementing the sharper edged design, as with the other two, the Avenis features smart LED lights and a USB charging point.

The new models are set to land in dealerships early next year. Prices have yet to be announced, but we’d expect them to be closer to the £2799 of the 110cc Honda Vision than the £3599 PCX 125.