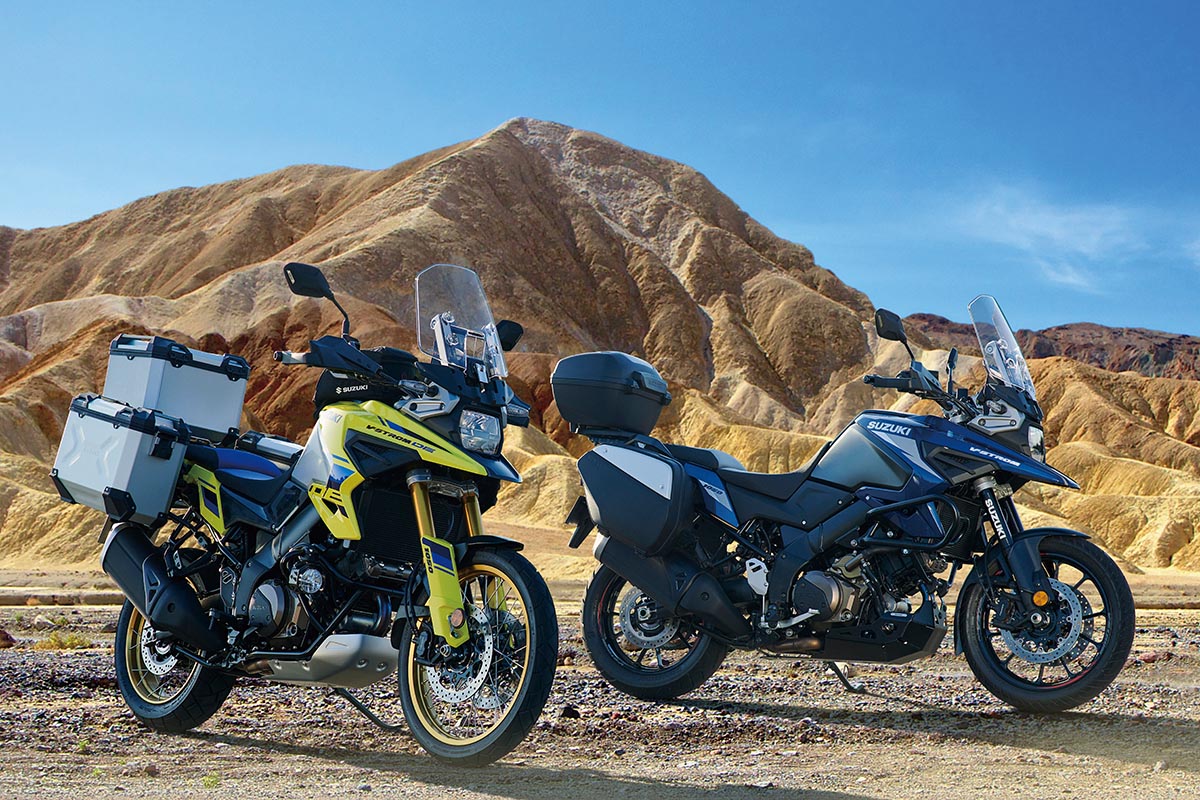 Suzuki may be withdrawing on the racing front, but they seem to be going full steam ahead in terms of their commitment to making road bikes, kicking off with updates to the venerable V-Strom 1050, alongside the release of their new V-Strom 1050DE. Replacing the outgoing 1050XT, the 1050DE comes equipped with a whole host of updates, while the standard V-Strom 1050 also receives a bit of attention as well.

For 2023 the standard model gets a big overhaul electronically, which brings it closer in line to its more expensive rivals. For starters it gets a new colour TFT dash, quickshifter, autoblipper and a six-axis IMU, which in turn powers lean angle-sensitive ABS (with two modes), slope and load dependant control, hill hold, linked brakes, cruise control, three power modes and three traction control settings. The engine has also had a little bit of internal love as well, with new exhaust valves alongside taller first and sixth gears, and a lower final drive, although the torque and power figures remain the same as the current model. There’s also been some minor tweaks to the ride-by-wire system, alongside the cruise control and ABS unit, to make it all run that little bit sweeter.

On top of this, the Suzuki have created a more off-road biased variant in the new 1050DE. Unlike the 1050XT it replaces, the DE now comes with a 21” front wheel alongside a longer swingarm and wheelbase, increased suspension travel, a slightly different riding position (to help make standing up while riding off road easier) and a slightly smaller screen. It’s also been finished with an extra off-road mode to cope with some dirtier riding, alongside the ability to switch ABS off completely and, as you’d expect on an off-road leaning adventure bike, engine protection and a sump guard come as standard.

Although there’s no mention of the price just yet, Suzuki’s V-Strom has always been priced incredibly competitively, which is a part of their success story, but expect it to be slightly higher than the current prices which start at £12,399. They’re expected in dealers early next year.

There’s no mention of the V-Strom 650 though, with some reports in the media suggesting that Suzuki are working on an all-new parallel twin platform to replace the long in the tooth 650cc V-twin motor.