The world according to Gavin Emmett 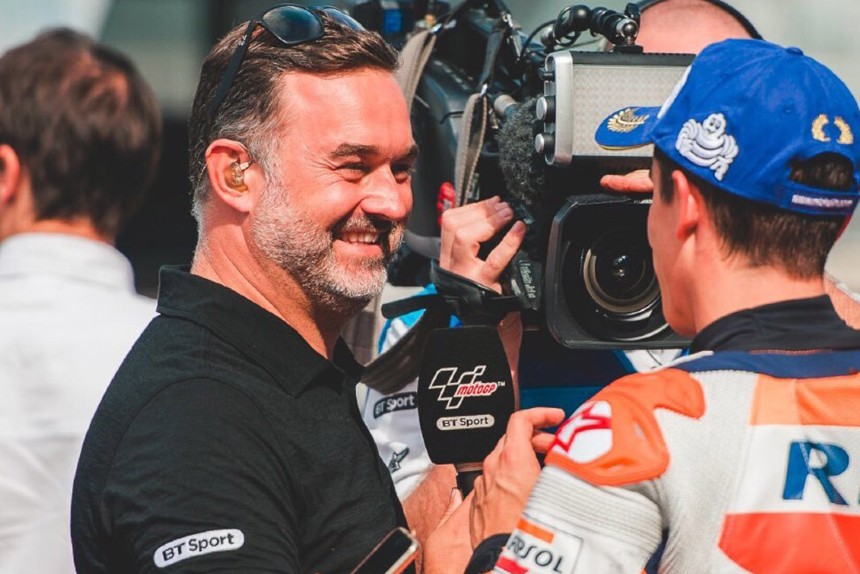 MotoGP may be on its summer break, but it’s all kicking off away from the track. From Maverick Vinales’ shock decision to leave Yamaha at the end of the year (most likely for Aprilia), to the ‘will he, won’t he saga’ surrounding Valentino Rossi and his expected retirement, there are plenty of headlines to be written in the coming weeks and months.

So, who better to give us the lowdown than BT Sport’s lead MotoGP commentator Gavin Emmett? A 20 year veteran of the paddock, there are few journalists more respected in the sport than the ebullient Yorkshireman.

We caught up with him for an exclusive three-part interview, where we talked about what it’s like to work in MotoGP, the state of British racing and, in this first instalment, the buzz around the big name riders making the headlines right now… 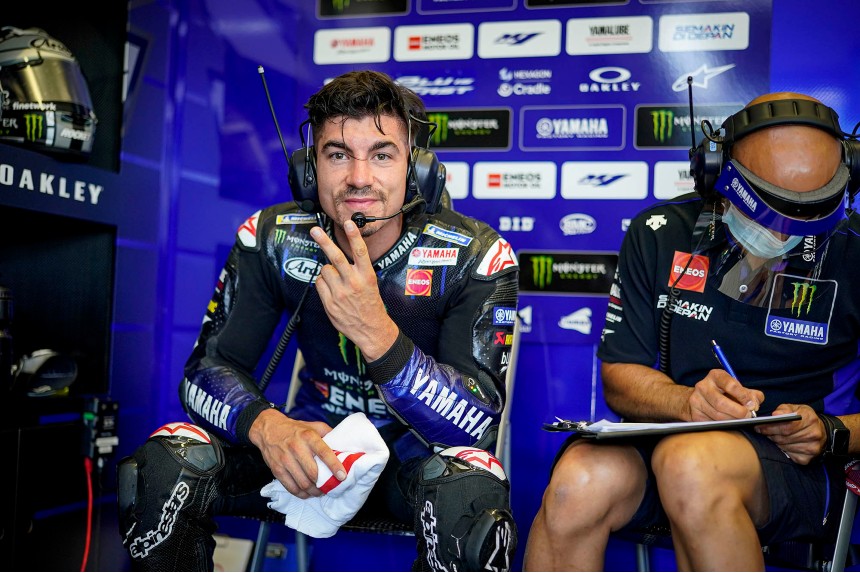 On the news that Maverick Vinales is to quit the Yamaha factory team at the end of the season, despite having a contract for 2022

“He won three out of his first five races at Yamaha (in 2017) and was their great white hope. He took over when Lorenzo left and was the new kid on the block. He’d gone quickly through Moto2 and had enjoyed success on the Suzuki. Everyone thought ‘this is it’ – he’s the next one. And he still is… maybe? No, he is!

“He is one of the very best out there, one of the top guns, if you pardon the expression. He won those first races and it was like ‘here we go’ but the thing about Maverick is that it is between the ears. We all know that motorcycle racing is all about confidence, whether that’s confidence in the front end of your motorcycle or having the calmness in the middle of the race to think about what’s happening on the go.

“With Maverick, something is holding him back in one part of that – whether it’s self-doubt, confidence or whether it’s the ability to ride around things when they’re not quite right. Even since that first year, when things didn’t quite go right after the first few races, it’s sort of laid the seeds and we’ve seen glimpses of it before.

“I remember commentating in 2012 for the world feed. He was riding for the Blusens team and walked away from them in Malaysia. He was in for the championship and he was asking for bits from the manufacturer, it was like an FTR Honda in Moto3! It was one of those situations where you saw he was willing to take drastic action, even if it meant that he was giving up his chance at the championship.

“On this occasion he is potentially giving up the best bike on the grid, with the best team on the grid, you’d have to say. Ok, Repsol Honda’s got more championships over the years with Marc Marquez, because of Marc Marquez, but the Yamaha is the bike everyone would want to be on. It’s a proper left field move from Maverick.

“With Johann Zarco, you could understand it (when he quit KTM mid-season in 2019). He was struggling for points and it made sense for him to be honest and say ‘I can’t see me being able to win with this and I am going to have to move’ which he did it. But in this case, Maverick’s won with that bike this year and Fabio’s leading the championship. It seems like a strange decision but when things have broken down between team and rider it’s irreparable, so it probably is the right decision. “ 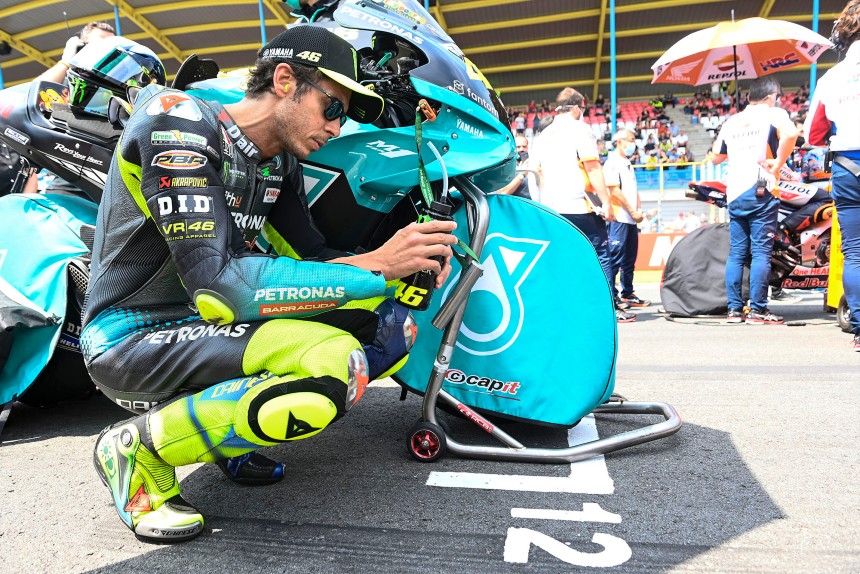 “Valentino’s making his decision as we speak. He said that his decision would be based on the results and the results simply haven’t been there. With everything he’s achieved, he has every right to decide when to call it a day. He will know. Riders know. I’ve heard Marquez say that he wouldn’t want to be in that situation.

“I’m sure he would have wanted fans there (for his final season) and I sincerely hope that if he does call it a day, then Misano gets to have a lot of fans in because he deserves that. He deserves a full send off from his adoring public and I am ever more convinced that he will call it a day. I’ve heard rumours that he is tempted to ride again, and that he’s tempted to ride in his new MotoGP team, but I can’t see it myself. All racers are all about results and he’s gone on this long by having success.

“Even two or three years ago he was having still having some success. A few things have happened over that time, be it new bikes or new riders coming along. Marquez had been dominating but Rossi could still get decent results and even got a podium last year, but there hasn’t been anything to keep him going this year.

“It’s sad in a way. None of us want to see this. Even though the sport has become a bit more tribal in recent years I think we all have to respect his results and the way that he changed the face of the sport. You don’t want to see him drift off, you want see him have one more win and then call it quits but, unfortunately, I don’t see that happening, even in a wet race where you might have hoped for something in the past.”

“I love the kid. I think he’s a feisty little character. I chatted to him and his parents when he joined the Aspar team a few years ago and they are a lovely family. He was this bouncy kid and ever since then I’ve kept an eye out for him. I like his attitude and I am so pleased for him. I had a bet with Steve Sargent of Triumph at the start of the year that Raul would be the top rookie. He went with Tony Arbolino, who is also doing well, but I have to be honest and say that I didn’t expect him to be doing what he’s doing this year, but I am so chuffed for him.

“He shot up in height last year and the fact that he’s grown seems to have helped his style. He’s doing what Marquez did in his rookie Moto2 year in 2011. Like Raul, Marc was a slow burner. In his first two seasons in 125s there wasn’t that much really, even though everyone was raving about this kid. Even in the year he won his 125 title he had some crashes early on. Then he won five on the bounce and became a sensation, but he took time.

“I’ve heard interviews where Raul says he wants to stay in Moto2 and I’ve got a feeling that’s what will happen, however much Yamaha might be interested in taking him into their factory. He has a close relationship with Red Bull and KTM, going right back to the Red Bull Rookies. I’m not sure how it works with his management, but Heinz Kinigadner (KTM off-road legend) is in his corner and he has been key in getting him out of the Aspar team and into the Ajo team a few years ago.

“Someone had to pay Aspar out for that and Red Bull, I believe, did so. He’s not in their debt as such, but he’s in their corner and he’s managed by some of the bigwigs at KTM and Red Bull. It’s very much a family there and I can’t see him leaving that all behind to go off to join Monster and Yamaha.” 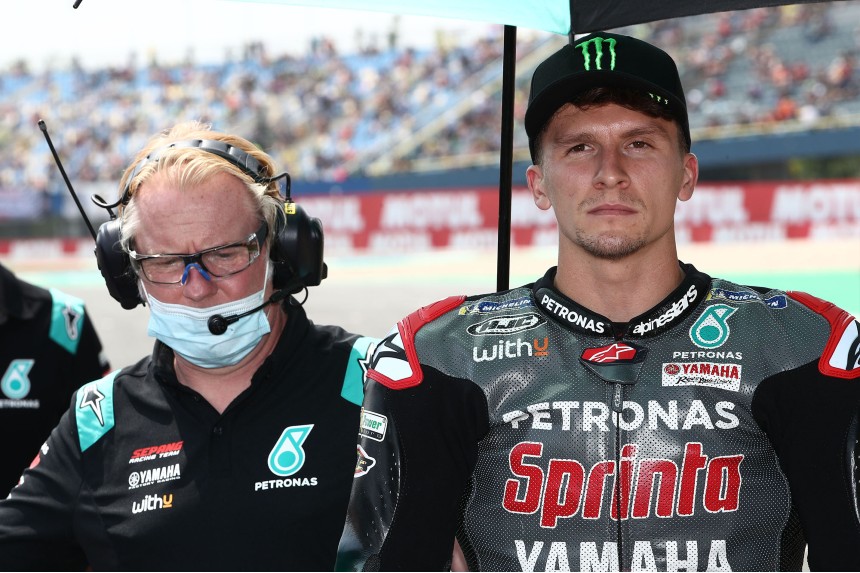 On the next American in MotoGP

“There are likely to be new riders at the Petronas SRT Yamaha team next year. I can see Franky Morbidelli moving to the Yamaha factory team to replace Maverick Vinales and Valentino Rossi retiring.

“I’d like to see Toprak Razgatlioglu take a place, although that looks unlikely due to his Red Bull sponsorship, but I could see one of the Americans, Garrett Gerloff or Cameron Beaubier being at that Petronas team next year. Beaubier is 28 now and I’ve always really rated him, ever since he raced in the Red Bull Rookies and 125s, where he was Marc Marquez’ team-mate.

“I was devastated when he went away from this championship and returned to the States. Dorna (the MotoGP promoters) has been really involved in setting up MotoAmerica (the American national superbike series) and Wayne Rainey is heavily involved with that too.

“MotoAmerica seems very much behind the American Racing Moto2 team and they’ve brought Cameron back to Grand Prix this year, while Garrett is with Yamaha in World Superbikes.

“Wayne very much has the ear of Yamaha America, and both Cam and Garrett have links to Monster Energy and Yamaha. I could see either of them moving to MotoGP next season. Garrett is a good kid and really impressed me in Assen last time out, but I think that Cam has shown in MotoAmerica that he’s the big hope.”

Next time, Gavin talks British racing. What does Sam Lowes have to do to get a MotoGP ride? Why are our best riders in World Superbikes? Who should we look out for in the next few years and the question on everyone’s lips, will Jake Dixon be in MotoGP come 2022?