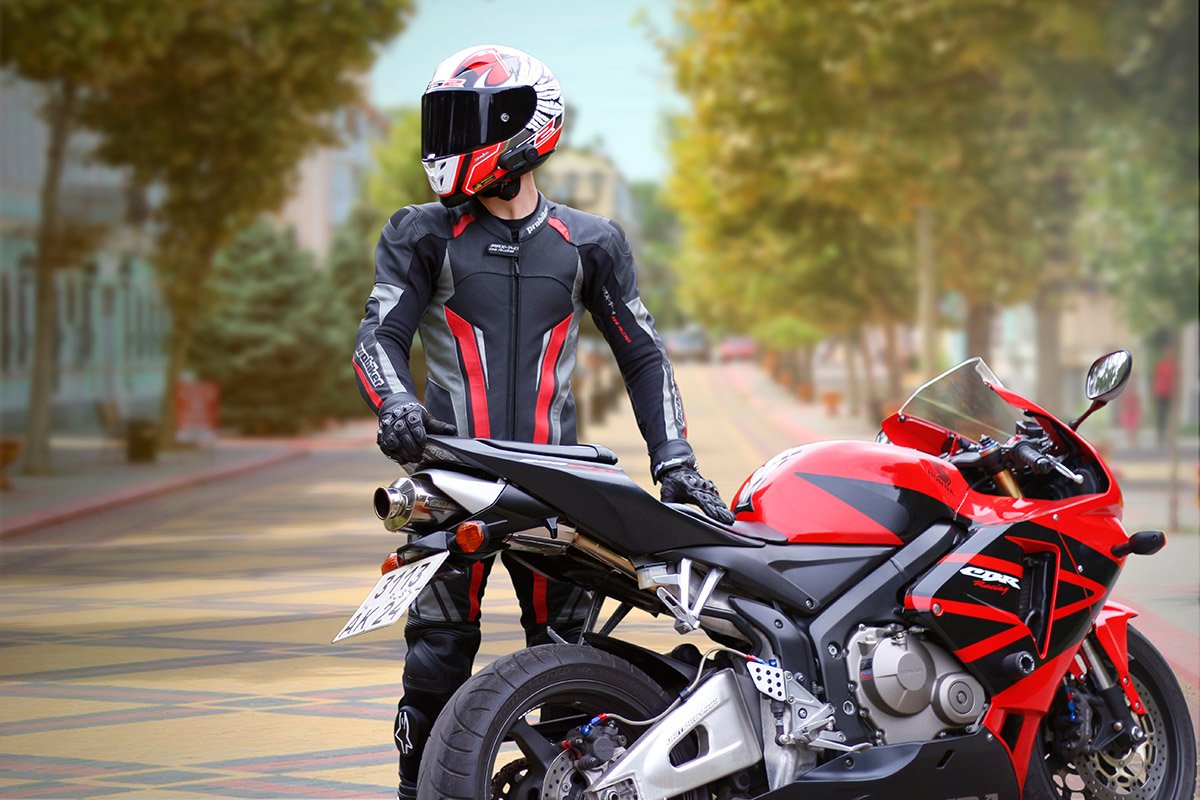 There’s more to being a motorcyclist than simply the motorcycle. There’s a huge amount of research and development going into not only the bikes we ride, but also the protective clothing we wear.

There are dozens of mainstream motorcycle clothing brands, making garments in leather and textiles. Some of the cheapest ones are not worth bothering about but the best companies are constantly innovating and bringing out new products, often featuring wearable technology, to make riding safer and to reduce the risk of serious injury in case of an accident.

Want to know more about the big guns? We’ve taken a look at five of the leading brands on sale today, to understand their past, present and future…

It’s fair to say that Alpinestars is one of Italy’s ‘big two’ leathers manufacturers. For that matter, along with Dainese they are almost certainly one of the top two manufacturers in the world.

Founded in 1963, in Asolo, northern Italy, the firm’s name comes from their beginnings as manufacturers of ski and mountain climbing boots. The name is an English translation of Stella Alpina, the mountain flowers that grew around the fledgling company’s HQ in the Alps, and by 1965 Alpinestars had made its first motocross boots.

Alpinestars got a reputation for bringing new ideas and additional protection to its boots, adding ski boot style buckles and steel protection in vulnerable areas. Belgium’s Roger de Coster, the dominant force in 1970s motocross, wore the boots and the company became involved with road racing, providing boots for Kenny Roberts when he won the 1978 500cc world title.

Although still predominantly a boot manufacturer, the company made its first clothing in the 1990 and, by 1999, Carlos Checa debuted their first leather suit in 500cc Grands Prix.

The 21st century has seen Alpinestars invest heavily in development of motorcycle safety gear. Working with top racers has given them access to the most extreme testing conditions, datalogging its star riders and discovering forces of more than 20g in certain crashes.

Alpinestars is at the forefront of airbag development and offers it with many products, as well as licencing out the Tech-Air technology to third-party manufacturers. They are also active in the car racing world, with a range of protective clothing for racing drivers.

Like Alpinestars, Dainese are probably best known for their racing exploits, in particular their association with top riders like Carl Fogarty, Barry Sheene and the great Valentino Rossi.

Founded by 20-year-old Lino Dainese in 1972, Dainese started out making motocross pants but, by 1975, had the legendary road racer Giacomo Agostini wearing their full leather suits. Dainese’s suits were renowned for the use of elastic inserts and modern cutting techniques, which made them comfortable and better fitting than other options on the market.

In 1979 Dainese worked with Sheene to create the first back protector, a common piece of safety gear these days, and in 1981 they developed knee sliders for Kenny Roberts’ Dainese suit. Interestingly Roberts was also sponsored by Alpinestars, as he wore their boots with his Dainese leathers, something that would never happen today as both brands make a full complement of protective clothing.

The company evolved the modern race suit throughout the 1980s and by 1989 had started making gloves too. The company moved into boots and helmets too, making them the only brand to offer head-to-toe protection. As well as motorcycles, Dainese also developed products for mountain biking, horse riding and winter sports – as well as providing protective clothing for astronauts.

By 2000 the company was working on its first airbag technology, known as D-air, and seven years later it was used in MotoGP racing – with huge airbags deploying over the suit in case of an accident. This technology was later miniaturised and placed inside the suit, and has since been licenced to other manufacturers to use in their products.

These days helmet brand AGV is part of the huge Dainese group, which makes a comprehensive range of high-end textile and leather wear for riders of all kinds of motorcycle.

Although little known beyond these shores, RST has been a huge success in the UK since being launched in 1988.

The Derbyshire company set out to offer a value for money alternative to the high-end brands, starting out with a range of simple leather jackets and gloves under the Rhino brand.

Rhino evolved into Rhino Sport Technology, and RST as we know it was born. The company has gone from strength to strength, investing in new technology and an in-house design department, to develop new products. The company is active in British superbikes, where it develops its race suits, but it’s most at home on the British roads. The company has become best-sellers in the UK and its range of high-quality, mid-priced products are omni-present at pretty much any biker meet you will attend.

Recently RST launched a collection with integrated airbags, using technology developed by the French In & Motion company, and although they are best known in the UK, they continue to develop their presence abroad, in particular in Australia and South Africa.

Formed in 1995, Dutch company Rev’It! are another new pretender to the Italian domination of high-end motorcycle clothing. Like RST, they started out as a mid-market option, filling the middle ground between the cheap and nasty stuff that proliferated the market in the 1990s and the expensive stuff from Dainese and the likes.

Originally just sold in the Benelux countries, Rev’It! took on the challenge of making it in America in 2002 and entered MotoGP, with French rider Randy de Puniet, in 2008.

Since then the company has gone from strength to strength, winning numerous design awards and creating collections in association with motorcycle manufacturers including Ducati and Yamaha.

Michel and Jacques Segura set up Segura in 1967. Based in Nimes, in the south of France, they were noted for their cool leather jackets and an association with the top French racers of the 1970s.

But, early on, the brothers had gone their separate ways and Jacques left to set up his own company. Called Fury Gant (gant being the French for glove), the company focussed on making gloves for a variety of sectors, including the French military.

As a self confessed biker, Jacque expanded his remit and started to compete with his brother. Fury Gant became Furygan and the company has become one of the big players in the motorcycle clothing market. Like the other brands here, Furygan develops its products in top class racing (including working with TT ace Michael Dunlop, among others) but in recent years the company’s textile range has proved particularly popular with riders of streetfighter style machines.

Getting into adventure riding – how to take on the world?

The biggest adventures start with short rides on small bikes

We have ridden the big Tiger in summer and liked it, but does it impress as a winter bike?