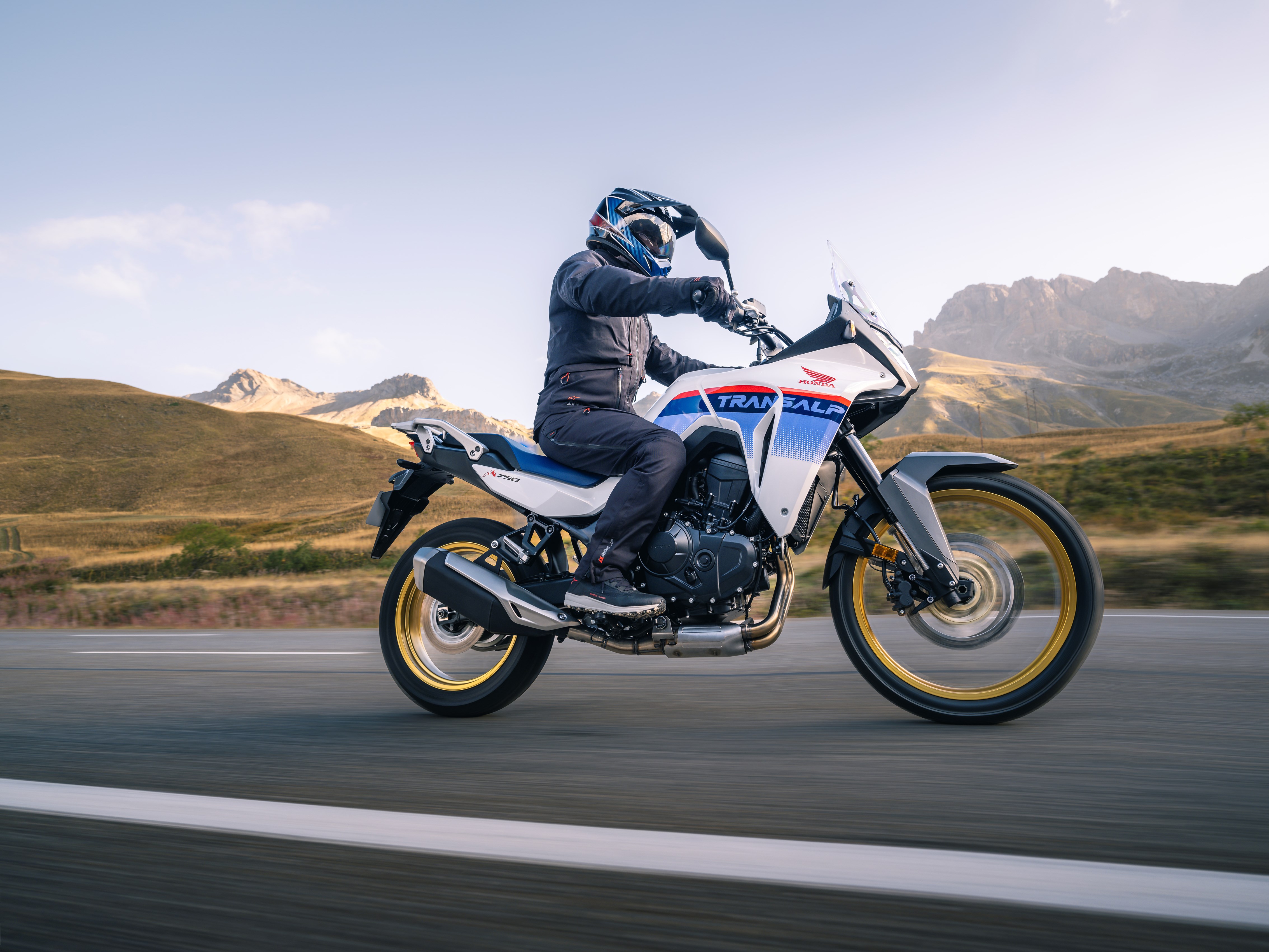 Middleweight parallel twins are very much where the motorcycle market is at these days. It’s almost a decade since Yamaha’s MT-07 showed us just how much fun a simple naked middleweight could be, and it’s spawned a whole host of competitors from its rival competitors in recent years.

Last month Honda announced a revival of the Hornet name, with a brand new parallel twin platform and a super keen £6999 price tag for the naked roadster. Now, just a few weeks later, Honda has announced the arrival of another big name from the past – with the latest XL750 Transalp utilising the same underpinnings as the Hornet and looking to provide stern competition to Yamaha’s popular Tenere 700.

The original Transalp was hugely popular in mainland Europe in the late 1980s and early 1990s. Dubbed a dual sport machine, it gained a small but loyal following on the sportsbike obsessed British Isles but with adventure bikes selling by the bucketload in the 21st century, the latest machine to wear the tag looks set to be a big sales success across the continent.

In the spirit of the original, Honda says that it’s new machine will be just as at home on the daily commute as it in a continental tour.

Under the adventure bike skin lies the same mechanicals as the naked Hornet. That means a 755cc parallel twin motor featuring a 270° crankshaft, delivering 90bhp and 75Nm torque – figures not far off those of the bigger Africa Twin when it was launched seven years ago.

The Transalp gets a steel frame with traditional large off-road sized spoked wheels. The 21” front echoes that of the original XL650V, with an 18” item at the rear, and the launch colour schemes, graphics, gold rims and spokes all make the latest XL750 easily identifiable as a modern day Transalp.

The big spec continues with some Showa 43mm upside down forks and 5” TFT dash through which the rider can control all the riding modes. As you’d expect from a modern motorcycle, the lighting is fully LED and there’s smartphone connectivity too.

Styling has been undertaken by Honda’s Italian R&D division and the Transalp looks unmistakably Honda. Three colours are available at launch, including an interpretation of the classic red, white and blue tricolour design for which Honda was famous in the late 1980s.

The 2023 Honda XL750 Transalp was launched at the Italian EICMA motorcycle show in Milan, on the same day Suzuki announced its new 776cc parallel twin platform and two derivative models which will go head-to-head with the Hornet and Transalp. The Transalp will go up against the latest Suzuki V-Strom and Yamaha’s Tenere 700, with Kawasaki’s evergreen Versys 650 and Triumph’s Tiger Sport 660 all providing strong competition in this hotly contested class.