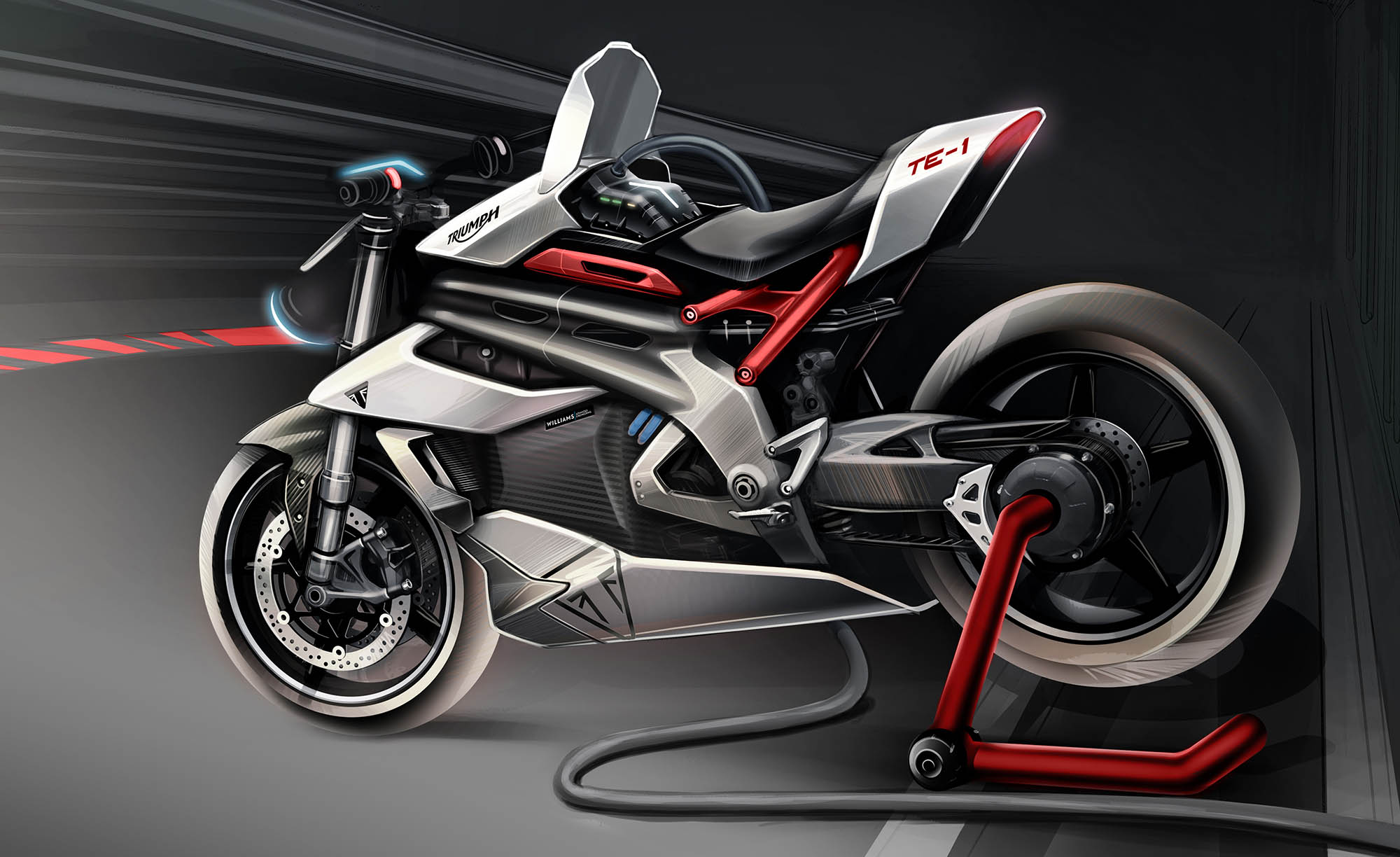 Triumph Motorcycles, the biggest UK owned motorbike manufacturer, has announced that it has reached the halfway point of its electrification project, which is taking place in collaboration with some of the country’s biggest engineering firms.

The four stage TE-1 project was started in May 2019 and is a collaboration between Triumph, Williams Engineering, Integral Powertrain and the University of Warwick, with funding from the government’s Office for Zero Emission Vehicles. Having just completed phase two, Triumph has revealed initial details of their battery and powertrain, as well as releasing sketches of how the final TE-1 Prototype is expected to look.

The drawings show a modern streetfighter styled machine in the vein of Triumph’s Street and Speed Triple models. Integral Powertrain says that the electric motor, which weighs just 10kg, will produce almost 180bhp – although the power characteristics of an electric motor are significantly different to those of their petrol equivalents, with massive torque figures and immediate power delivery, meaning that an electric Triumph is likely to be faster away from the lights than even the fastest petrol superbikes.

Speaking about the two-year project, Steve Sargent, Triumph’s Chief Product Officer said: “The starting point for us in the TE-1 project was to gather important customer feedback about what riders really want from their motorcycles and understand how an electric motorcycle can provide the experience that riders desire. This includes considering the type of riding, range, feel and nature of power and torque delivery together with the ergonomics and bike controls. Taking all of this feedback into consideration we began the chassis design, focusing on bringing everything together on the TE-1 Prototype in a way that provides a riding experience that is exciting and new but ultimately familiar. 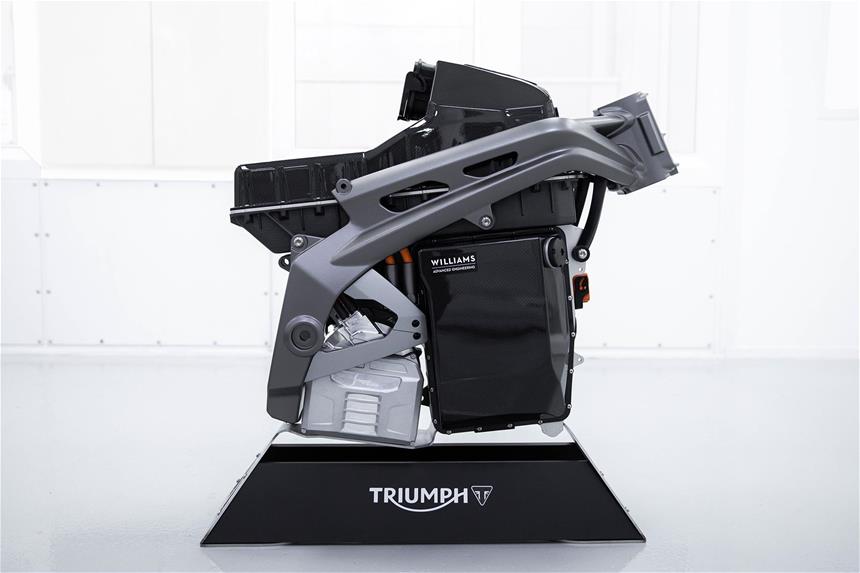 “We have begun to define the powertrain and battery interaction through the use of software refinement to deliver an exhilarating power delivery and throttle response, which provides great control and feels intuitive to the rider. Overall with the styling we wanted to create something that is fresh and exciting but a natural evolution of the Triumph brand. Something desirable in its own right, with distinctive Triumph DNA and definitely not something that is different just for the sake of being different. Pulling all of this together with the partners we are thrilled to see the progress of such an exciting demonstration vehicle which incorporates the cutting-edge technology needed to guide the strategy for the future roadmap of electric motorcycles from Triumph. The team are proud to be leading such an innovative, strong and dynamic project with a fantastic group of partners which ultimately should set British engineering and design rightly at the forefront of future two wheel design.”

Williams, who are developing the battery technology, have not announced any specifications of the battery pack. The battery’s capacity ultimately determines the electric motorcycle’s range, which along with recharge time remains one of the key barriers to adoption by traditional motorcyclists, but the Formula One specialists say that it will ‘exceed anything else on the market in terms of power and energy density’ as well as confirming that it will be able to deliver maximum power even at a low state of charge – unlike existing electric vehicles. With current generation batteries from the likes of Energica and Zero holding between 14 to 18 kWh of energy (good for around 80-100 miles of motorway riding) it will be interesting to see if the TE-1 can deliver significantly more range without being heavier and bulkier than current offerings.

Whether we will see an electric Triumph in coming years is yet to be seen. So far, Harley-Davidson is the only mainstream motorcycle manufacturer to offer a full-sized production electric motorcycle with its LiveWire, with the only other offerings coming from specialist EV companies Energica and Zero Motorcycles.

Nick Bloor, Triumph Motorcycles’ CEO, concluded: “The completion of phase two, and the promising results achieved to date, provide an exciting glimpse of the potential electric future and showcase the talent and innovation of this unique British collaboration. Without doubt the outcome of this project will play a significant part in our future efforts to meet our customers’ ambition and desire to reduce their environmental impact and for more sustainable transportation. This important project will provide one of the foundations for our future electric motorcycle strategy, which is ultimately focussed on delivering what riders want from their Triumph; the perfect balance of performance, handling and real world usability, with genuine Triumph character.”