What’s in a name… Triumph Trident 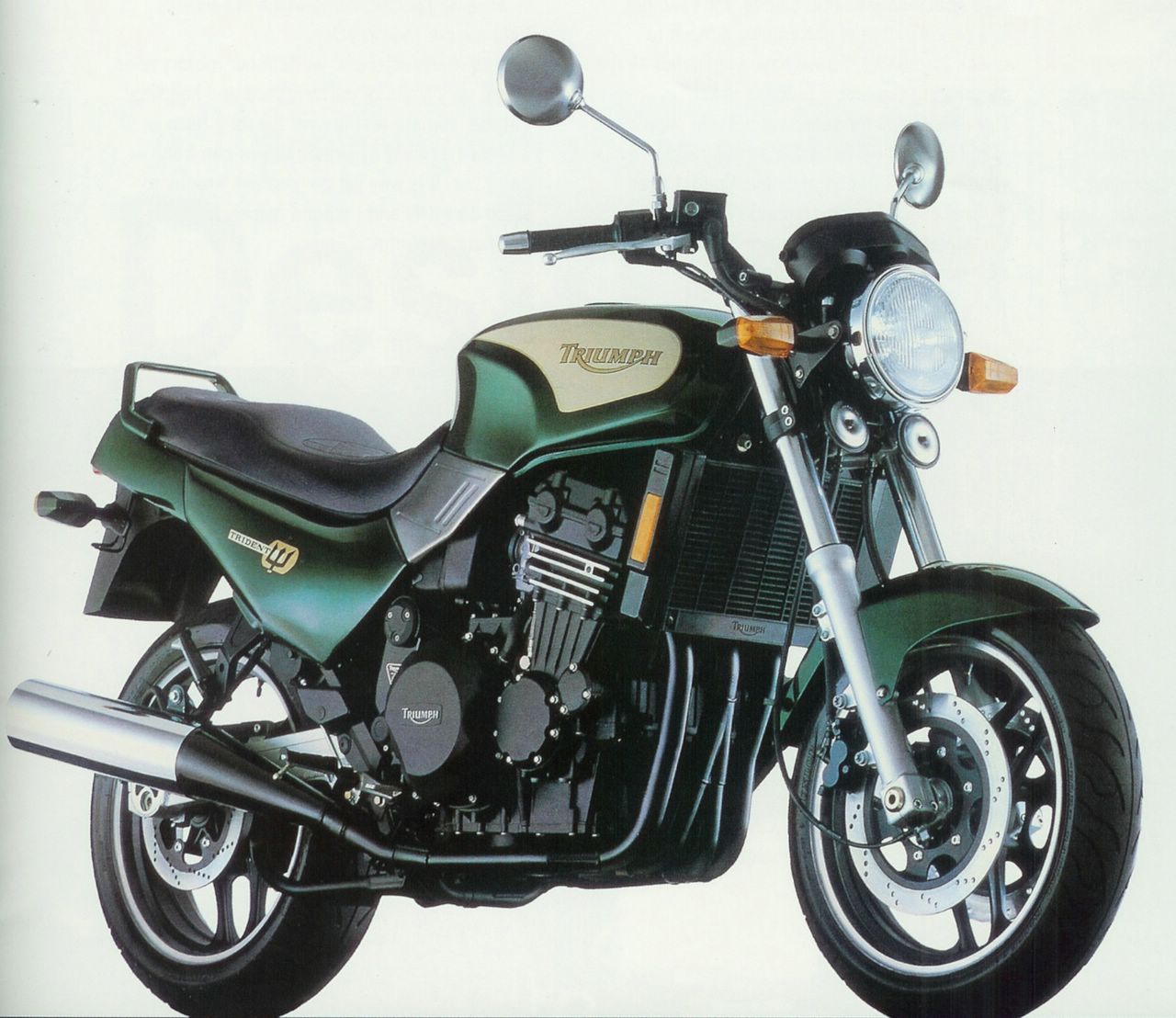 Triumph has recently announced that it will be reviving the classic Trident nameplate after almost a quarter of a century in the wilderness, with a new model to be launched in spring 2021. It’s a name that’s been used twice before, so here’s a look back at past Tridents and a preview of the all-new model we could be riding next summer…

The Sixties were a swinging time for Triumph and the British motorcycle industry, even though dark days were just around the corner

The Bonneville was arguably the bike of the 1960s and the Trident came along in 1968 as a 750cc, three-cylinder, model aimed to sit atop it in the Triumph range.

Triumph, at the time, was under the same umbrella as BSA and, like many British automotive brands at the time, the two brands offered their own badge engineered versions, with BSA offering the Rocket 3 in parallel to the Trident.

Despite being a new model, the Trident didn’t offer much new technology. The three-cylinder engine was heavily based on Triumph’s old OHV twin, which in turn could be traced back to the Speed Twin 5T of 1937, grafting on a third-cylinder to create a 740cc triple that was smoother and good for 58bhp.

So far, so good, but the Trident was not to be the success Triumph hoped it would be. Just a few weeks after the Trident was unveiled Honda showed off the CB750, which was a landmark machine. Not only was the Honda cheaper, it was better built and technologically more advanced. With four-cylinders, it was smoother and more powerful, while it had more modern technology like an electric starter and disc brakes, as well as a five-speed (as opposed to the Triumph’s four) gearbox and an overhead camshaft design that was far more up to date than the Brit bike’s. What’s more, the Triumph still leaked oil (thanks in no small part to its old fashioned vertically split crankcases) where the Honda didn’t. The Japanese had arrived and the British motorcycle industry’s struggles were just beginning.

Despite this, the Trident enjoyed some racing success, especially in the US and at the Isle of Man TT – where the fully faired ‘Slippery Sam’ won five years in a row, but industrial problems saw the demise of the model in 1976, when the Norton-Villiers-Triumph (NVT) conglomerate collapsed.

When John Bloor revived Triumph in 1991, Trident was one of three nameplates used for the initial launch models.

Bloor’s approach was simple but clever, using the same frame and basic engine architecture to create a range of similar yet distinctive models which were modern and shared no technology with the old company. The Daytona had a racey fairing and riding position, combined with short-stroke versions of the three and four cylinder engines to create 750cc and 1000cc sportsters. The Trophy had touring orientated bodywork and ergonomics, combined with long-stroke motors of 900 and 1200cc, while the Trident was the entry level roadster – available with the long and short stroke versions of the three-cylinder engine.

The Hinckley Trident was a mainstay of the early Triumph range, running largely unchanged for seven years. A half-faired version, the Trident Sprint 900, emerged in 1992 although the ‘Trident’ name was quietly dropped and it simply became known as the Sprint.

Little is known about the upcoming Trident, which is slated to go on sale in spring 2021, but Triumph has shown some prototype designs and confirmed that it will be their new entry level model.

We know that it has been four-years in the making, the typical gestation period for an all-new motorcycle, and that it will be powered by a three-cylinder engine that looks to be based on the fabulous old 675 unit.

The prototype shows a simple steel frame, similar to that used by the likes of the Kawasaki Z650 and Yamaha MT-07. As an entry level model we expect that Triumph has those two popular models in its sights (the current entry model, the Street Triple, goes up against the bigger MT-09 and Z900) and that it will be available in an A2 licence version.

We’re expecting an engine capacity of around 650cc and a power output of around 70bhp. Price will need to be competitive, under £7000. It’s unlikely, but the Trident could potentially be built in India, rather than Triumph’s usual Thailand factory, as the first fruits of Triumph’s tie in with Bajaj.

Triumph have shown a full sized model at the London Design Museum and although details were limited, Triumph design chief Steve Sargent said: ‘’The Trident design prototype marks the beginning of an exciting new chapter for Triumph, where the brief was all about fun, from the look to the ride. With its pure minimalist form, clean lines, Triumph design DNA and more than a hint of our Speed Triple’s muscular poise, this gives the first exciting glimpse at the full Trident story to come. Ultimately our aim was to bring a new take on character and style, alongside the accessible easy handling and quality Triumph is known for – at a price that’s really competitive.’’

The design prototype shows several items from the Triumph parts bin, but the frame is all new and the styling a blend of retro and modern, with a very contemporary short seat unit contrasted against a traditionally styled fuel tank that looks to be inspired by classic British motorcycles of the past.