Why race bikes are more powerful than road bikes

It’s incredible to think that modern 1000cc sportsbikes are putting out over 200bhp these days, but that’s nothing compared to the near 300bhp being delivered by the latest MotoGP bikes. Even superbikes, race bikes derived from over the counter motorcycles like the Ducati Panigale and Kawasaki ZX-10RR, are reported to be putting out close to 250bhp through the back wheel.

But why are race bikes so much more powerful than street bikes, and just how much faster is a race bike? Here’s what we found out…

Road bikes have to meet certain standards when they roll off the production line. They’re required to meet a sound limit of 77dBa under the current Euro4 emissions laws, and are controlled for all kind of exhaust pollutants, including carbon monoxide, hydrocarbons and nitrogen oxide. These require large, power sapping, exhausts and catalytic converters, to reduce emissions, as well as conservative states of tune for the electronics and mechanical parts like camshafts and valves.

Race bikes need none of these, meaning that tuners can make their engines flow more freely and unleash more power. In the British superbike championship, a motorcycle has to meet a 107dBa noise limit. That’s quite a difference and enough to liberate a fair chunk of power in itself.

Road bikes come with a two-year warranty and service intervals of at least several thousand miles. That means that ultimate performance needs to be sacrificed in order to produce a vehicle that can rack up miles without failing. Race bikes don’t have the same restrictions. In years gone by, many engines lasted just a single race before needing replaced, although rules have been brought in to stop this and limit teams to seven engines per rider over the year. With 19 races to compete, that means that each engine has to last the equivalent of just under three race meetings before being scrapped. That’s about 10 hours running for each engine, quite a bit by racing standards but a lot less than you’d expect if you’d just spent £15,000 on a new road bike. 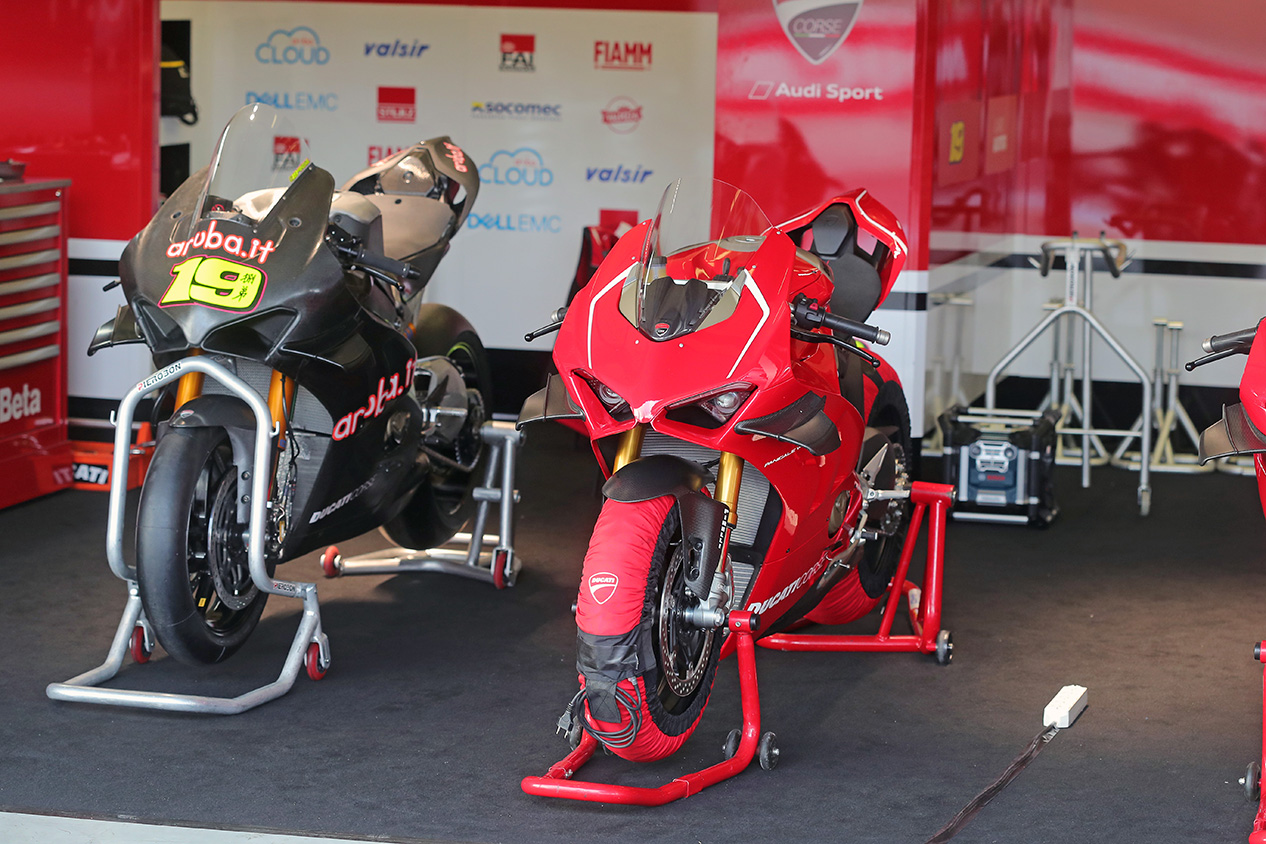 In the past, the way to unleash more power from a bike was to play around with the camshafts and valves. This could deliver good power high up in the rev range, but would come at the expense of rideability at low rpm. New technology like variable valve timing, BMW’s ShiftCam and sophisticated electronics have found ways to overcome this impact, but it remains that racers spending their lives on full throttle rarely need to think about pulling out of a junction on the A606, so engineers can build them a peaky engine without much consideration for its low rev characteristics.

That said, highly tuned road bikes are not exactly renowned for their torque and will generally have less grunt than a comparatively sized car engine – although this can be traded off by the fact that bikes have much less weight to haul around.

Motorcycles designed for the road need a bunch of creature comforts. These add weight to the bike and, from a mechanical perspective, can rob the engine of power. Lights, that most basic of equipment on a motorbike, need electricity to run. That electricity comes from an alternator, which transforms mechanical energy from the engine to electrical energy to used to power the various systems. MotoGP bikes use tiny alternators that would struggle to run headlights, but which provide enough energy to power the electronic systems.

Sometimes costs have to be cut in order to make a bike affordable to everyday riders. MotoGP bikes are priceless, a top world superbike costs around £150,000 to build, but customers buying a Honda Fireblade or Suzuki GSX-R1000 expect to be able to get on the road for less than £15,000.

That means that manufacturers may have to use lesser materials (such as steel valves, rather than titanium) which offer less performance but help keep the costs down, or use an existing part from another model, rather than investing in new tooling for a bespoke part.

There are a lot of production related factors that influence the design of our road bikes, especially around emissions and costs that just don’t affect race teams and mean that the bikes we ride on the road are always going to be built for things other than outright performance.

What is staggering, however, is that our naturally-aspirated superbikes can make 200bhp per litre, when some of the best non-turbo supercars only just top 130bhp/litre. While riders of the latest streetbikes will still be sniffing the fumes of a full on racebike, when it comes to performance per pound, there’s nothing to beat a motorcycle!

Proud owner of a sportsbike? Get your motorbike insurance through Carole Nash for a competitive price on your cover!