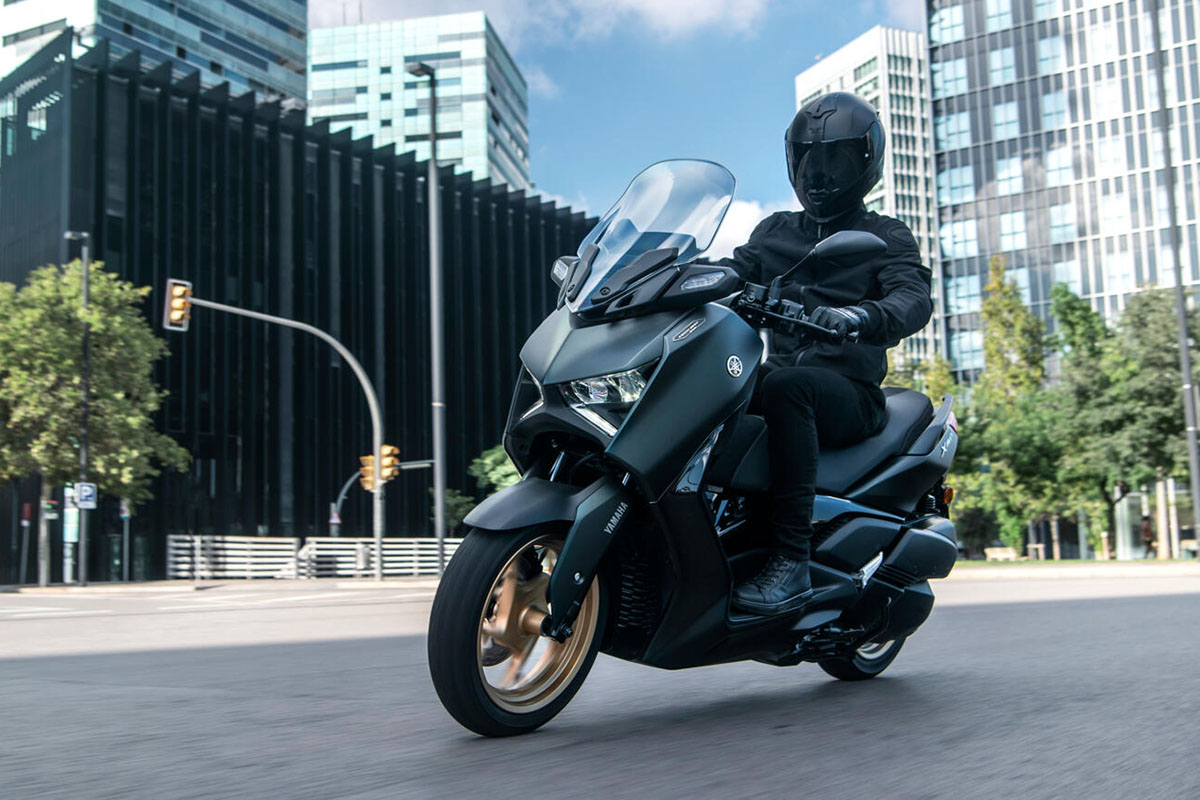 It’s fair to say that Yamaha’s scooter legacy is mightily impressive, with the premium TMAX and XMAX range shifting over 700,000 machines since they were released to the world in 2006. And with the TMAX updated for the 2022 season, it’s now the turn of the smaller capacity options, the XMAX 125 and XMAX 300, that get a big overhaul going into 2023.

There are two varieties of each model. The 300cc XMAX Tech MAX (pictured) offers up some big improvements from the previous generation, which should add up to a better all-round commuter. Alongside the bolder, more aggressive, styling it now comes equipped with a bigger, 4.2” TFT dash with smartphone connectivity, and Garmin compatibility too. The seat has been restyled for more comfort and an easier reach to the floor, while new footplates complete the look. This works alongside the adjustable windscreen and handlebars, keyless ignition and traction control that comes as standard. There’s also a lower spec standard model, which comes with a slightly different seat and a less intuitive interface.

It's very much the same with the 125cc models. The XMAX 125 Tech MAX receives the same styling updates, TFT dash, seat and footplate updates, although it now also benefits from a larger amount of under seat storage too, alongside a few minor tweaks such as gloss finishes on some of the body parts. There’s also a standard XMAX 125 which, like the 300 model, comes in a slightly lower spec in terms of its interface and finish.

Although there’s no word yet on price, both all four models are around six months away, looking likely to hit dealers in the UK and Ireland after May next year.