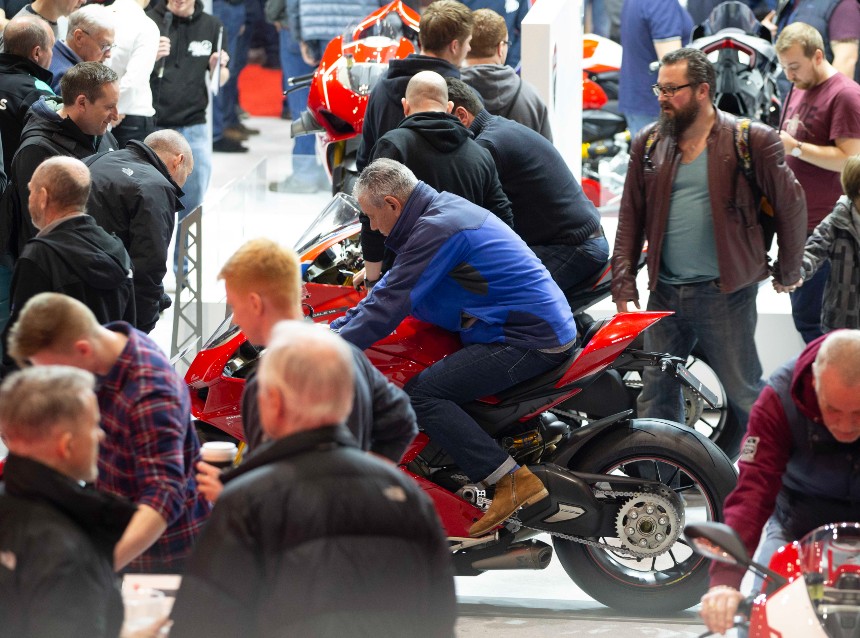 After a COVID-enforced absence in 2021, the Carole Nash MCN London Motorcycle Show will be roaring back to London’s Docklands, taking over the ExCeL Centre on February 11-13th for a celebration of everything two-wheeled. From the latest models from the world’s leading brands and Isle of Man TT stars battling it out head-to-head to a unique celebration of racing icon Valentino Rossi, the three-day motorcycling extravaganza offers something for the whole family.

The annual event has long been a highlight for motorcyclists across the UK, seen as the show to kickstart the riding season.

This year the Carole Nash MCN London Motorcycle Show will be hosting a tribute to motorsport icon Valentino Rossi. After 26 seasons competing in Grand Prix racing, the Italian legend’s illustrious career came to a close in November. The show will be celebrating his incredible achievements by flying in six of his world championship-winning machines to the show. The display will include his four MotoGP Yamahas from 2004, 2005, 2008 and 2009, as well as 125cc and 250cc Aprilias from the 1997 and 1999 seasons.

Returning for this year will be the ever-popular live action racing, which will see road racing legends John McGuinness and Peter Hickman go head-to-head as they battle to be crowned the ‘MCN King of the Roads’. Joining the duo will be some of the UK’s fastest racers, including former GP rider Danny Webb, TT rider Dom Herbertson and National Superstock Champions Chrissy Rouse and Tom Neave. Taking over the centre of the show, the races are bar-to-bar action that will keep everyone on the edge of their seats.

Once again, the main highlight of the show will be the latest metal from some of the world’s leading motorcycle manufacturers. Whether it is the revolutionary BMW CE 04 electric scooter, the UK show debut of the 2022 Ducati Panigale V4, the ground-breaking new Kawasaki Ninja H2 SX or the stunning new Triumph Speed Triple 1200RR, fans will be able to get up close and personal with the very best 2022 machines all under one roof.

For visitors looking to get closer to the action and meet these road racing legends, they can purchase a VIP paddock pass, which alongside giving entry to the whole show, also offers a grandstand view of each race, a meet and greet with McGuinness, Hickman and the other competitors, as well as a unique celebratory magazine dedicated to Valentino Rossi.

If all that wasn’t enough, the 2022 show will also feature a unique classic bike auction held by Silverstone Auctions, seeing over 100 rare bikes going under the hammer on Saturday 12th February. For those riders looking to escape this year, the Travel and Adventure stage will be hosting regular chats with some of the most intrepid explorers, who will be sharing their tips and advice.

Day tickets for the event are £23 on the door for adults. Senior citizens and student tickets cost £17, with free entry for under 15s.

Carole Nash has secured a special discount code, with a bargain rate of £15 when booked online before midnight on 7 February.

For further information or to book in advance, please head to the MCN Motorcycle Show website.