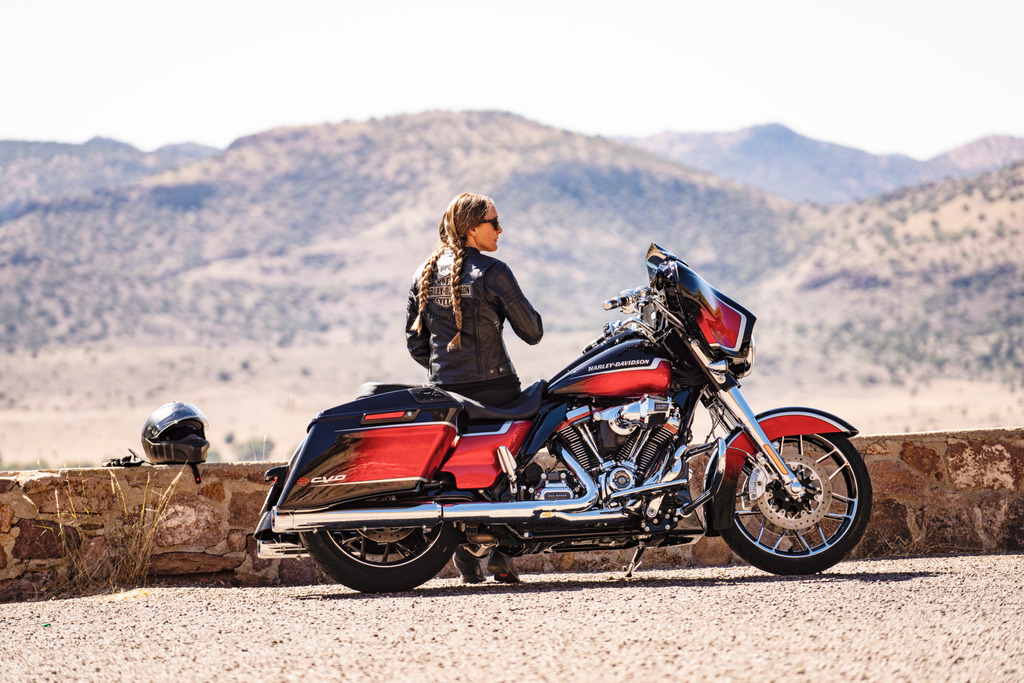 Harley-Davidson has had a challenging time in recent years, to say the least. Sales have fallen considerably and profits have dropped significantly too, with younger riders seemingly just not attracted to the iconic Milwaukee-based motorcycle manufacturer’s range of traditional motorcycles.

To address these issues, H-D surprisingly became the first mainstream manufacturer to launch an all-electric motorcycle with the LiveWire, in 2019, and more battery powered bikes are said to be in the pipeline. The firm has also made huge investments in new engines, new technology and more youthful branding as part of the big plan to reverse downward trends. And that’s the focus for 2021 too...

“Motorcycling as an emotional experience”

Harley’s marketing chief Theo Keetell explained, “Harley-Davidson enters 2021 focused on motorcycling as an emotional experience. The timeless pursuit of adventure and freedom on the open road is the foundation of our heritage and the vision of our future. As we enter this new year and a new riding season, fuelling that desire is more important than ever.”

Sounds promising. So, here are the 2021 updates in more detail.

The Harley-Davidson Softail models combine modern power and technology with the iconic all-American styling we’re all familiar with. The new Street Bob 114 model adds stripped-down bobber styling and decent performance to the cruiser range. It’s the lightest-weight Softail model equipped with a powerful Milwaukee-Eight 114 engine, which should make the Street Bob quick-and-nimble to ride, with plenty of power to spare. The mini-ape handlebars and the chopped rear fender make it unmistakably Harley-Davidson.

With its steamroller stance, the Fat Boy model remains one of the most physically imposing motorcycles in the H-D portfolio. Refreshed styling for 2021 brightens its look as brilliant chrome replaces the satin chrome finish on the powertrain and exhaust, the front end, the rear fender struts and the console.

For riders wanting more performance, the Harley-Davidson Genuine Motor Parts and Accessories department offers Milwaukee-Eight Screamin’ Eagle Stage III kits for Softail models that boost displacement and compression for an increase in torque and power over the stock engine.

The 2021 Harley-Davidson Touring motorcycle line includes a trio of hot rod baggers with fresh styling and new features. With a slammed stance and power generated from the big Milwaukee-Eight 114 motor, the Road King Special, Road Glide Special and Street Glide Special models combine a commanding street presence with the long-haul capabilities of the Harley-Davidson Touring chassis.

All Harley-Davidson Touring models equipped with the colour touch-screen, called the Boom! Box GTS system, which now also features compatibility with Android Auto and Apple CarPlay apps. With a wired smartphone connection, riders can use either app to access media, streaming services, communication and navigation on the road while minimising distractions.

In brochure speak, Harley-Davidson’s CVO motorcycles represent the pinnacle of Harley-Davidson style and design, with a premium finish, advanced technology, and exclusive components.

What they are is a range of factory customised motorcycles, fitted with top end farkles and appropriately grand price tages. For 2021, the CVO Street Glide and CVO Road Glide models debut and all-new Harley-Davidson audio system, which is developed with car stereo specialists Rockford Fosgate. It’s an advanced audio system featuring speakers and amplifiers designed specifically for Harley-Davidson motorcycles.

Each of the four CVO models for this year – CVO Street Glide, CVO Road Glide, CVO Limited and CVO Tri Glide – feature new paint options and styling features. The Milwaukee-Eight 117 V-Twin engine is exclusive to CVO models and is the most-powerful engine offered from the Harley-Davidson factory.

So far so good, although none of these new-for-2021 models are doing much to change the demographic of Harley’s core audience. That should all change next month though, when the eagerly awaited Pan America 1250 adventure touring model is officially launched. It was previewed during the virtual launch event, and full details are being unveiled on 22nd February in another global online digital event.

Harley is pitching the Pan-America as an ‘advanced adventure touring multi-purpose motorcycle’ and it’s an interesting direction for the American company to take as it’s never sold an adventure bike before.

Clearly there is a big market for premium adventure bikes and, just as BMW is trying to muscle in on Harley-Davidson territory with is new R18 cruiser, the Pan America has the BMW R1250GS in its crosshairs. The ubiquitous GS was once again Britain’s best selling big bike in 2020 and has huge global appeal, so it’s absolutely no surprise to see Harley targeting this potentially lucrative sector.

That said, the styling of the Pan America is certainly unique, showing little resemblance to anything else offered by the company before, and clearly designed to appeal to a completely new section of motorcycle buyers. Details of the Pan America are limited right now, but images supplied by H-D show a prototype of their new model off-roading, riding through deep water, getting air over jumps – the kind of riding that has never been associated with Harley-Davidson before.

Find out more about Harley-Davidson

Read more about the future of Harley-Davidson