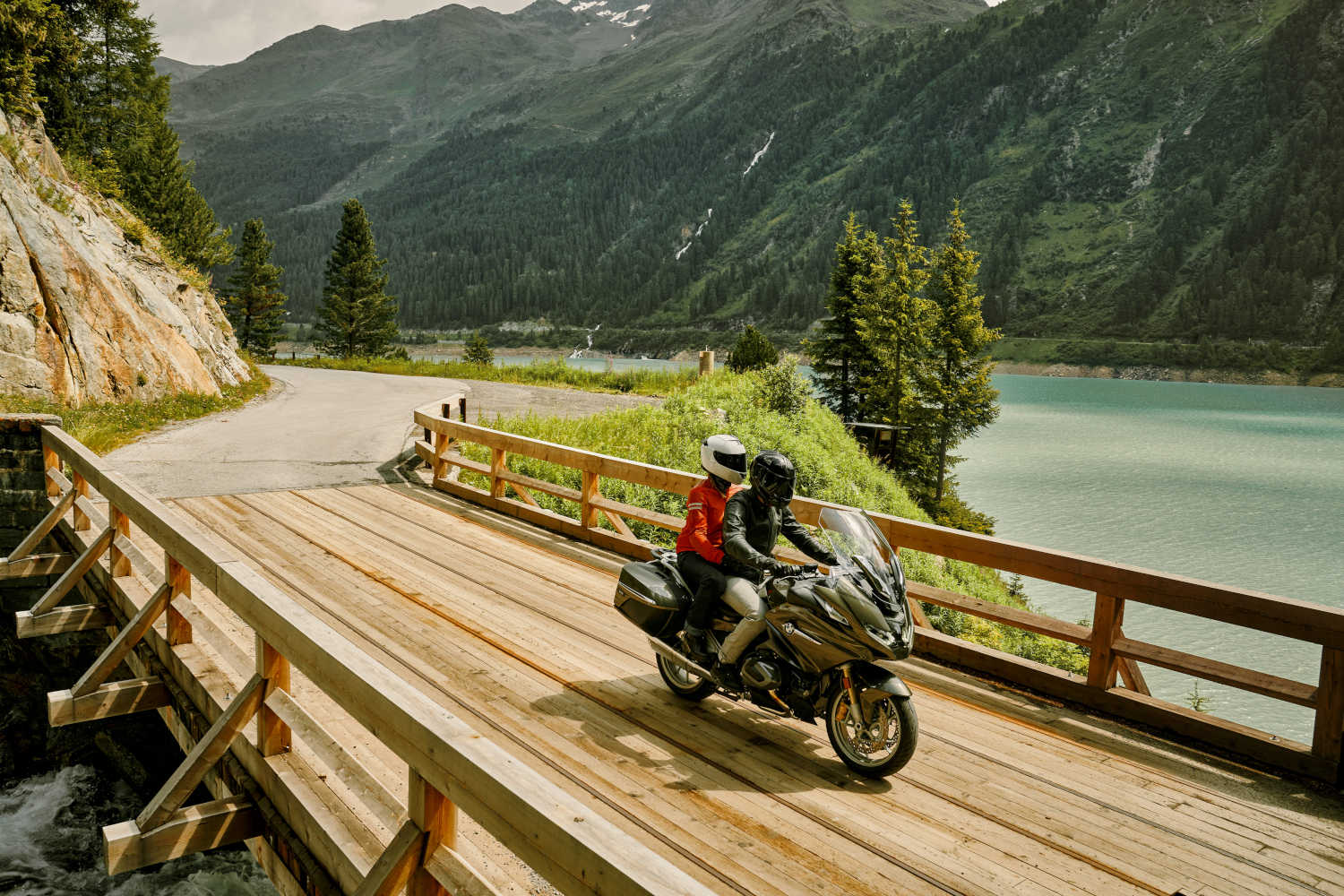 The German giant first introduced the RT brand back in 1978, with the R100RT, and the model has been a popular choice with police forces and touring riders around the world ever since. And while the pure street orientated touring motorcycle has been usurped by adventure style machines, in particular BMW’s own class defining GS range, the RT has remained a steady seller in recent years.

BMW introduced its latest, Euro5 compliant, 1254cc ‘ShiftCam’ engine to create the R1250RT just under two years ago and the 2021 model takes on a new look thanks to full LED headlights and a new upper fairing, which sits lower to improve aerodynamics and the rider’s view of the road. It also makes the bike look slimmer and less bulky than previous RTs, a common trend among latest generation touring bikes, including the iconic Honda Gold Wing.

While the 136bhp boxer twin is unchanged, the electronics package has been upgraded. The latest RT incarnation comes with Dynamic Traction Control (DTC) as standard, as well as a new “Eco” riding mode. Optionally, buyers of the big tourer can specify Riding Modes Pro and engine drag torque control (MSR) as options.

These terms all sound rather confusing and a far cry from the simple air-cooled boxers of four decades ago, but BMW are known for their love of tech with fancy titles. The DTC is simply an advanced and adjustable next-gen traction control system while Eco, as it says on the tin is a ride mode designed to maximise fuel economy. Also new is an R1250RT ‘Adventure’ model, which allows the extravagantly titled ‘Pro Riding Modes’ to be specified as a factory fit option. As well as allowing a greater choice of riding modes, the system also includes the aforementioned MSR, which stops instability that can sometimes occur during downshifts.

BMW has also equipped its new baby with the latest ABS braking system as standard. Called Full Integral ABS Pro, to give it its full title, it’s a sophisticated braking system that combines cornering anti-lock brakes with an intelligent system which dynamically adjusts the front and rear braking force depending on the conditions.

The already mind-blowingly detailed RT instrumentation has been given a good going over too, with a huge standard fit 10.25” TFT colour screen with integrated map navigation and smart phone connectivity. Along with the introduction of standard connectivity and the navigation map shown on the screen, there’s also a storage compartment especially designed for the phone, which is splash proof and ventilated by an electric fan. The compartment is also designed to keep the phone battery topped up, either inductively or through the USB connection. The stereo system has also been revised, with BMW claiming an even clearer sound through the speakers.

In true BMW style, the RT comes in a basic spec model, which is priced at £15,820, with a more expensive ‘LE’ version that adds the extra riding modes, an additional power outlet, adaptive headlights, central locking, alarm, tyre pressure monitors, heated seat, keyless ignition and electronic suspension. There are also a whole host of options, including premium paintjobs and the £500 radar operated active cruise control, which is a new technology that is also set to debut on the soon to be launched Ducati Multistrada V4. BMW’s Option 719 styling parts are also available for riders who want to customise their R1250RT.