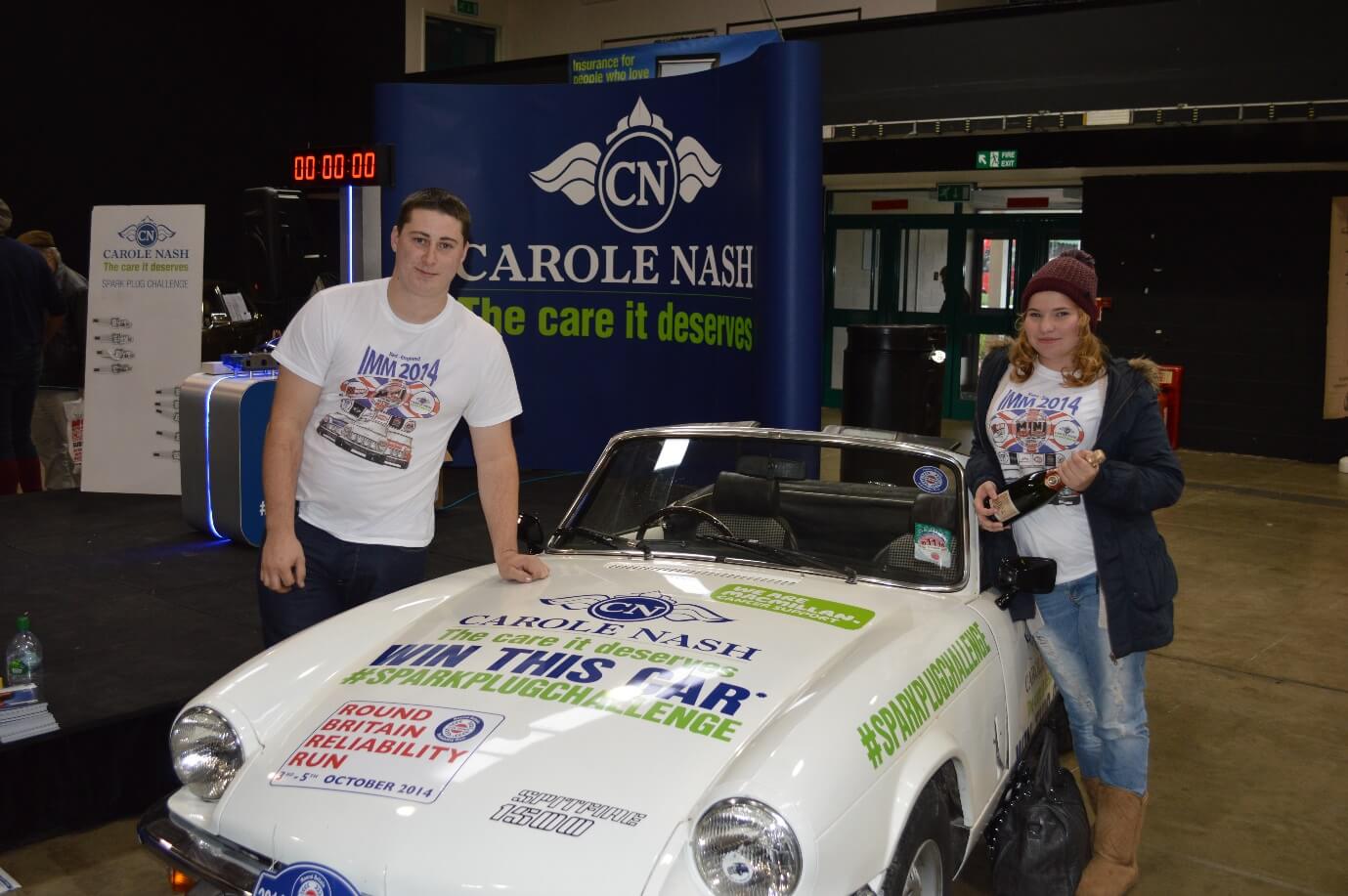 Ben, 22, of Tonbridge Wells claimed the iconic soft-top motor after winning a head-to-head contest at the finals of the challenge, taking just 14.08 seconds to remove all four spark plugs from a Mini cylinder head.

Organised by Carole Nash, the contest climaxed on Sunday October 26th, at the Carole Nash Restoration Showhosted at Stoneleigh Park, Coventry. That saw Ben compete against three other finalists selected after winning speed trials at classic car shows and events hosted across the country over more than six months.

Ben qualified after clocking up an impressive time of just 15.25 seconds when he originally took on the challenge at the Practical Classics Restoration Show at Birmingham’s NEC in March. With practice making for winning perfection, he subsequently honed his skills at home by rehearsing for the finals on his own Mini cylinder head. He’s also highly familiar with the marque as he owns a 12 75 Mini STi and standard Mini Clubman, having first fallen for the car when, as a child, his mum bought one.

Commenting after being presented with the car by TV presenter, rock drummer, classic car buff  and Carole Nash Brand Ambassador, Fuzz Townshend, Ben said: “It was nerve-wracking to be honest, everyone else seemed to be quicker but it feels good now. When I was at Stoneleigh, I just thought, ‘Great, I’ve won the competition.’ It wasn’t until I got home and thought, ‘Wow, I’ve won a car!”

He added that he plans to keep the car rather than sell it and, once the weather improves, get the top down and hit the road with his dad John.

The contest was launched in March at the Carole Nash MG & Triumph Spare Parts Day with hundreds of enthusiasts having taken up the challenge at shows such as VolksWorld, Gawsworth Hall Classic Car Show, National Mini Cooper Day and the International Mini Meeting.

“On the day, Ben had the fastest fingers in the West Midlands,” joked Peter McIlvenny, Director of Carole Nash’s Cherished Cars Division. “He was incredible, a blur and a deserving winner in what was a nerve-wracking and hard fought battle. I know Ben’s a Mini fan at heart, but I hope this magnificent Spitfire gives him a taste for Triumphs, one of the truly great historic British motoring brands.”

The prize car has been fully restored, having benefited from the rebuilding of its 1500c engine, an overhaul of both front and rear brakes and the repairing and full respray of the bodywork. Its mechanical health was also tested by Fuzz Townshend who earlier this month took it on the Round Britain Reliability Run organised by Club Triumph.