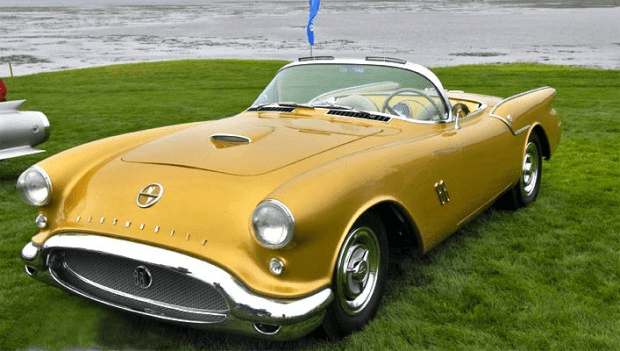 There are a number of definitive classics out there, but opinions can still vary significantly in the motoring world, when it comes to what actually makes a car a classic. Generally though, it’s safe to say an older car that has a significant status, which will prevent it from ending up on a scrapheap, can be considered to be somewhat of a classic.

One thing is for certain; it’s great to get together and share your knowledge with like-minded enthusiasts, owners and collectors. With this in mind, we wanted to go through some things you may not know about classic cars, just so you’ve got even more to share with your fellow fans…

1 – The very first experimental self-propelled mechanical vehicle was used to move cannons around for the French army. Released in 1769, the steam-powered tricycle weighed in at around 8,000 pounds.

2 – The Ford Model T was the first ever mass-produced automobile, transforming the motor market in 1913. By 1916, Model T’s made up 55% of all cars around the world, a record that has never been broken since.

3 – Carl Benz is believed to be responsible for the first modern automobile, the Benz Patent-Motorwagen. The German inventor applied for the patent in 1886, but it was his wife Bertha who financed the development process. At the time, married women

were not allowed to apply for patents. She later drove it on the first long-distance automobile road trip, in order to gather some publicity.

4 – Pontiac pretty much dominated the muscle car scene in the early 1960s, and the brand’s 1964 Pontiac GTO is widely regarded as the first “muscle car.”

5 – Speaking of muscle cars, the Ford Mustang was also debuted in 1964, at the World’s Fair in New York. It was showcased in many showroom across America on the same day and nearly 22,000 models were sold.

6 – The most expensive car ever sold at at auction was an incredibly rare classic, a Ferrari 250 GTO. It managed to sell for an astonishing 48 million dollars, roughly 36 million pounds at RM Sotheby’s.

7 – Originally the very first Chevrolet Camaro ever produced was black, and at one point it was going to be called the Panther.

8 – One of the rarest cars in the world is the Porsche 916, as only 11 prototypes if this iconic sports cars were ever made. This is because the model was soon replaced with the Porsche 911, which wasn’t as expensive to produce.

9 – The current fastest production car in the world is the Hennessey Venom F5, which has a staggering top speed of 301mph. It beats out its closest rival, the Koenigsegg Agera which achieves a top speed of 278mph, by a significant margin. However, the Venom’s claimed speed has yet to be verified with the Guinness Book of World Records.

10 – Speaking of speed, the current fastest production car to lap the famous Nürburgring is the Lamborghini Aventador. The modern classic set a time of 6:44.97, which was seconds faster than the Porsche 911 GT2 RS. The Aventador can do 0 to 60 in just 2.9 seconds, and can achieve a top speed of 220mph.

11 – The Lamborghini 350 GTV was made because of an insult. Ferruccio Lamborghini once stated how he felt that Ferrari’s were too noisy and rough for public roads. Enzo Ferrari responded by saying that he “… didn’t appreciate such comments from a middle aged tractor manufacturer.” Ferruccio was so insulted, he immediately started production on his own car, and after 4 months, the 350 GTV debuted at the Turin Motor Show.

12 – Jaguar released its first supercar in 1991, the Jaguar XJ220. It was actually the most expensive car the brand had ever produced, and it was also one of the quickest, coming in at a top speed of 217mph.

13 –  The founder of Porsche, Ferdinand Porsche, actually built the very first hybrid electric vehicle, all the way back in 1899. The Lohner-Porsche “Semper Vivus” was an electric car but it used an internal combustion motor as a generator.