6 Spectacular Facts About The Mini 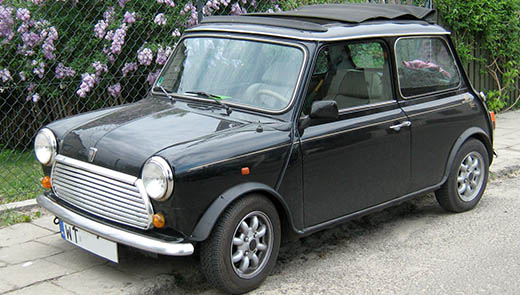 When the Mini was introduced, it quickly became one of the most popular classic cars of all time. It secured Sir Alec Issigonis’ legacy as an important figure in the automotive industry. The Mini went on to become an iconic image of the 1960s. To celebrate the success of the car, here are six spectacular facts about the Mini you might not have known.

The original car had a different name

The original car was marketed as the Austin Seven and Morris Mini-Minor. This came from it being built under two different brands at the British Motor Corporation. The Austin Seven was changed to the Austin Mini in 1962 and the Mini became a marquee in 1969.

The layout made it unique for the time

The Mini was fitted with a transverse engine that made it unique when it was introduced. The front wheel drive layout allowed for 80% of the interior to be used for passengers. This explains how four people could fit into such a small car.

The original Mini was too fast

Issigonis reduced the power of the original Mini’s engine because he believed a 1000cc car was too fast for motorists in 1959. The engine was reduced to 850cc, meaning the car took 26.5 seconds to reach 60mph.

Fiat thought the Mini was too ugly

Aurelio Lampredi, Fiat’s chief engineer, was eager to try out the Mini at the 1959 Italian Grand Prix at Monza. He enjoyed the Mini’s handling but didn’t feel it would become a rival to Fiat because it was “so damned ugly.”

Formula One designer John Cooper recognised the potential of the Mini and wanted to collaborate with Issigonis. This led to the creation of the Mini Cooper that debuted in September 1961. The new car was given a 997cc engine and twin SU carburettors.

The Mini is Britain’s favourite car

The original Mini was named Britain’s favourite car of all time, beating the McLaren F1 and Jaguar E-Type. There are around 469 Mini clubs in the UK and at least 260 worldwide. The car continues to be a symbol of British ingenuity.

Owning a Mini is a rewarding experience and looking after them is important. Getting your car insured is the best way to do this. As classic car insurance brokers, we offer policies that cover a range of models.