A Brief History Of Alpina Cars 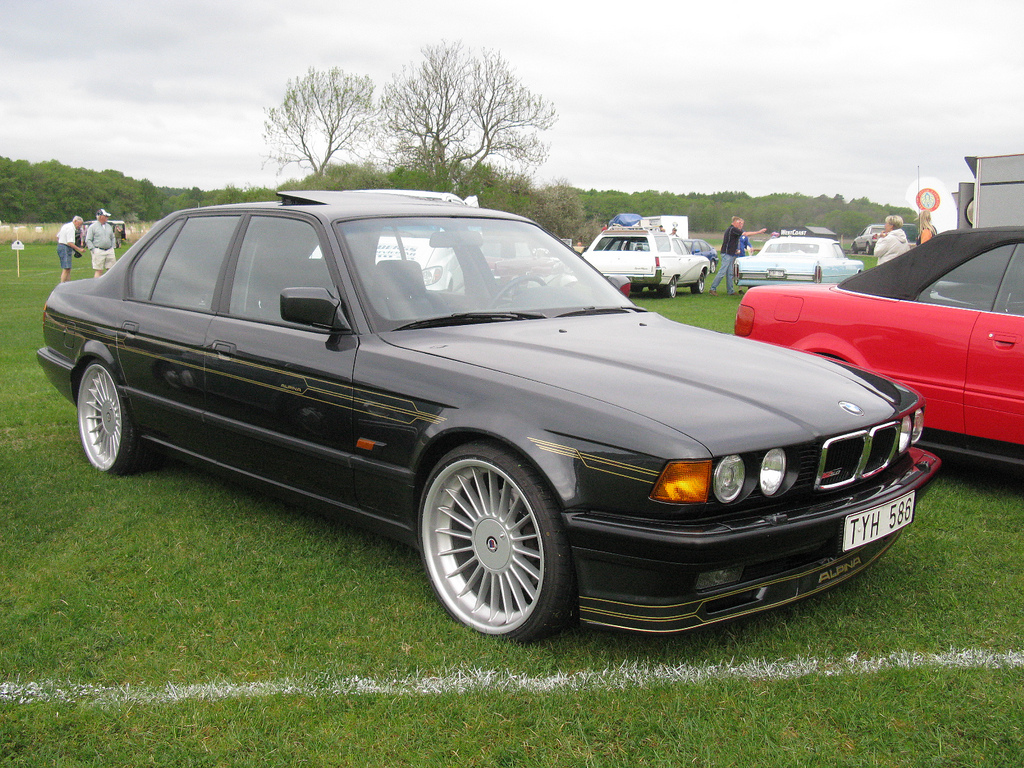 Becoming a car manufacturer can happen in a number of ways, as some companies didn’t originally start out with automobiles in mind. A good example is Alpina, who developed typewriters, but eventually transitioned into designing cars alongside BMW. The partnership between both brands has been going for decades, and we’re charting Alpina’s history and how it came to be associated with BMW.

Alpina’s origins can be traced back to 1962 when company founder Burkard Bovensiepen created a Weber dual carburettor for the BMW 1500. It was enough to impress Paul Hahnemann, Head of BMW Sales. BMW officially certified the product in 1964, fitting the system into a new generation of cars.

In 1965, Alpina Burkard Bovensiepen KG was established in Kaufbeuren. The original products consisted of typewriters, though Alpina gradually moved into textiles and automotives. Bovensiepen set up a BMW tuning factory, building on the carburettor success. It also worked on crankshafts to improve the efficiency of BMW engines. Expansion led to the original factory moving from Kaufbeuren to Buchloe. The work inspired Alpina’s logo, a red and blue badge displaying the Weber carburettor.

Starting from 1968, Alpina cars competed in racing events, earning many victories. A key win occurred in 1970 when Alpina won the European Touring Championship, the German Hillclimb Championship rally and Spa 24 Hours. Alpina stepped away from racing in 1988 due to engine restrictions.

Alpina cars had several distinctive features: 20 spoke alloy wheels, ‘Alpina Blue’ metallic paint and luxurious interiors. An early example was the Alpina C1, based on the BMW E21 3-series. The car could output 170 hp and reach 0-60 in 7.5 seconds. It featured the typical blue and green Alpina interior pattern found on the seats.

In 1983, Alpina earned car manufacturer status, being recognised by the German Federal Ministry of Transport. Alpina cars are branded as Alpina as opposed to BMW. Alpina vehicles can still be bought at specific BMW dealerships.

Another difference between Alpina and BMW was the greater emphasis on high performance. For example, the Alpina B5 used a supercharged 4.4-litre V8 engine to achieve a powerful amount of torque.

Other brands have been interested in Alpina, such as Jaguar, who wanted to purchase the company at one time. Across the history of the marque, Alpina have never lost sight of their crusade to build fast and powerful machines.