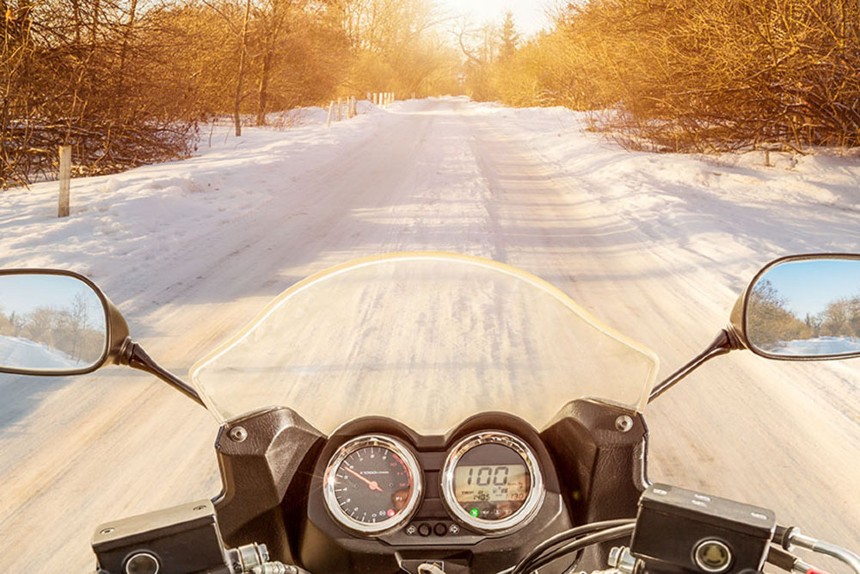 The term ‘winter hack’ is one often bandied around by year-round motorcyclists, and while we’re not sure we like hearing any motorbike being referred to in such a way, we certainly like the idea of riding through the winter months.

The concept of having a cheap second, or third, bike to ‘hack’ around on through the winter goes back decades. Whether you want to protect your pride and joy from the elements, or want something a bit more suited to the unique challenges of riding in cold and wet conditions, there are loads of good value, older, bikes you might think of adding to your multibike insurance policy. 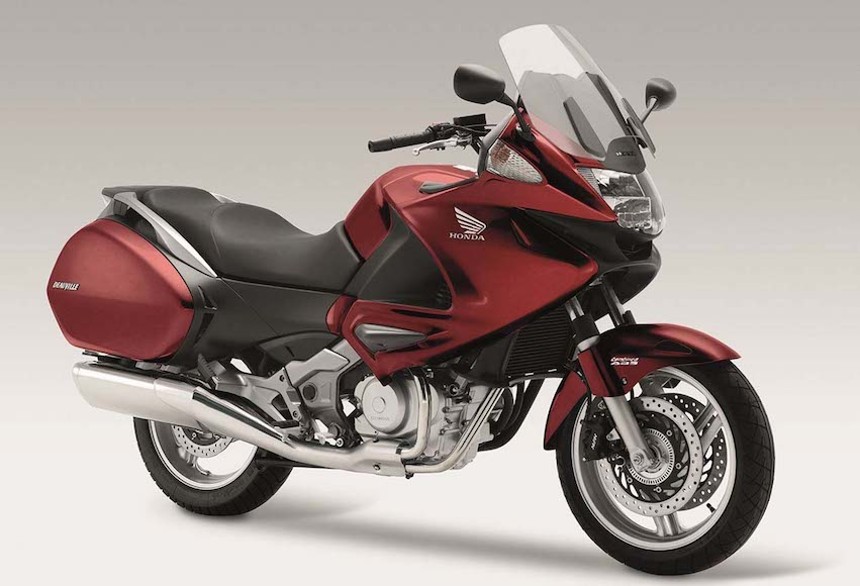 There are so many Hondas that could feature here in our list. The company is famous for building strong and practical bikes that stand the test of time and £2000 opens up a whole bunch of 15-20 year old motorcycles that should still have a good few winters left in them.

Our first thought was for the uber-practical (and usually bullet proof) VFR800F sports tourer, which remains one of the great all-rounders of our time, but in the end we tended towards the NT700V Deauville.

Yeah, it’s got a reputation for being a bit dull but, let’s be honest, this isn’t about pretending to be Marc Marquez on a miserable March morning. With a shaft drive, generous fairing and legendary build quality, it makes a great day-to-day commuter all year round. 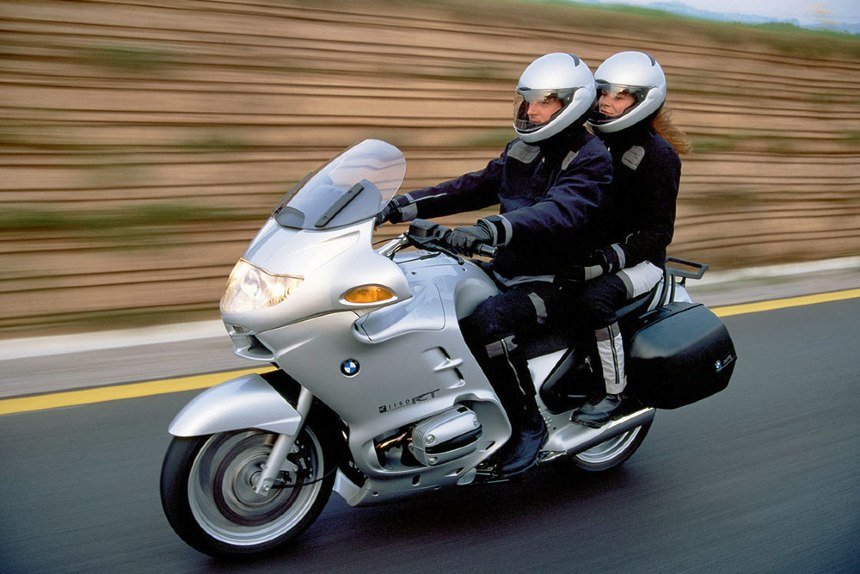 At its most popular at the turn of the century, when it was the machine of choice for police forces around the world, BMW’s big boxer makes a lot of sense as a winter commuter.

It’s well built and pretty affordable now, undercutting the more popular GS adventure bike with which it shares its powerplant, and for winter work its more practical than a GS too.

Why? Well the standard equipment is impressive for a 20 year old bike. Heated grips? Check. Electrically adjusted windscreen? Check. Nice big fairing to keep the worst of the winter wind away. Check!

Despite looking big and bulky, the RT is pretty accessible for shorter riders. Not only that, because it was purpose built for touring, it’s got a high capacity alternator that allows for plenty of electrical devices to be run, such as heated clothing and sat-navs, which is a real godsend in the winter months. 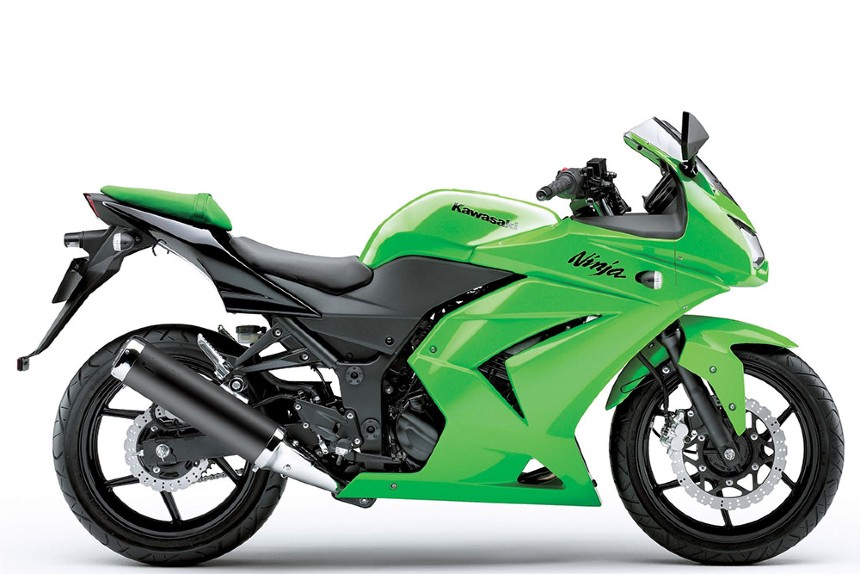 Kawasaki is famous for big lusty engines, and if you want a cheap bruiser then a couple of grand will score you a cheap ZZR to get you through the winter. But in recent years Team Green has also carved out a bit of a reputation with its small capacity sportsbikes, with the Ninja 300 and 400 even having world championship winning credentials to its name.

It looks good, is light and cheap as chips to run. Sure it might not have the capacity to load up loads of electrical items, but for short commutes it’s a bit of a star. With 33bhp from the 249cc twin, it’s hardly a ripsnorter, but it’s still got just enough go to sit on dual carriageways.

Small bikes that are cheap to buy new are almost always built to a price and struggle to stand up to the rigours of a British winter, but the Ninja 250 is more robust than most. If low running costs are your priority from a winter hack, there’s not much that’s cheaper to run.

Tyres and chains will get an easy life and while fuel consumption isn’t in the same league as the latest generation Euro5 bikes, 50-60mpg should be the norm however you ride. 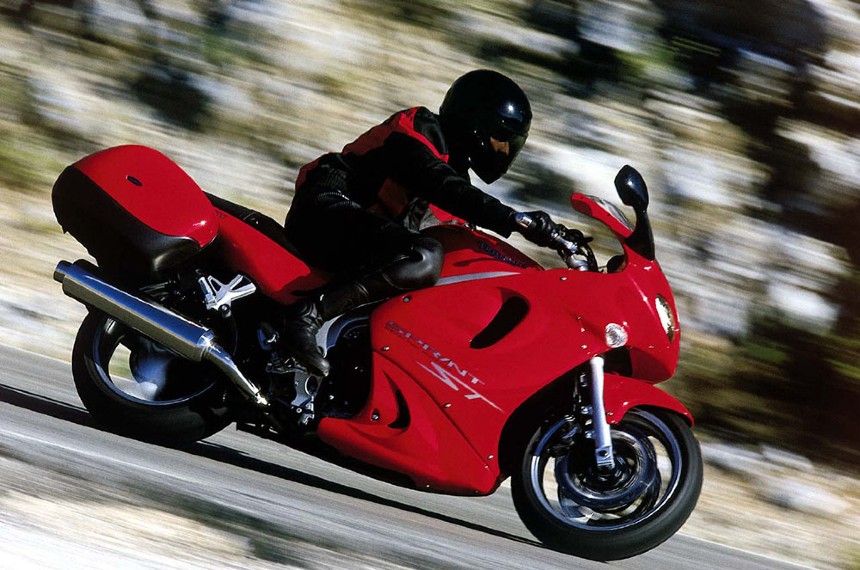 ‘Better than a VFR’ was the verdict of the reviewers when the Triumph Sprint ST hit the streets in 1998 and, even today, it can make a cracking budget buy.

The fuel injected 955cc triple from the Daytona is an absolute peach and the chassis (also Daytona derived) ain’t too shabby either. We are talking about a modern classic motorcycle though. The youngest 955s were 18 years old but they were well built and have tend to attract sensible owners who will have cared for their machines.

They’re bargains too. Our theoretical £2k budget will get you a decent example with lowish mileage and full luggage. The later 1050ST (2005-2011) is also starting to fit into this price bracket, although its sportier nature means that many riders still prefer the more all-round capabilities of the earlier 955. 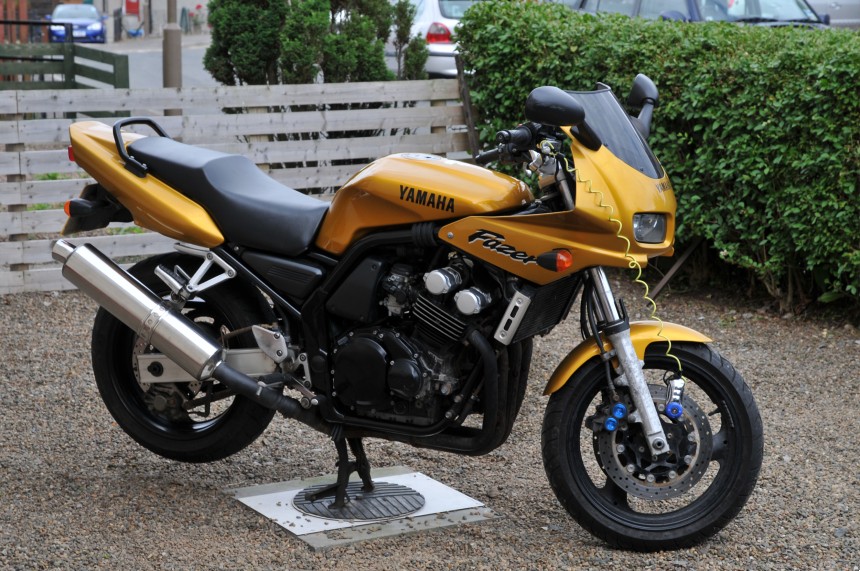 Whether you take the 600 or 1000, the Yamaha Fazer is another modern day classic which has a strong and loyal following.

The concept is as good today as it was over 20 years ago, when the Fazer first emerged to a welcoming audience. It’s simple, with a basic but decent chassis powered by an old-school inline four cylinder motor.

With the added benefit of a worthwhile upper fairing and comfy upright riding position, the Fazer makes a great everyday road bike all year round, for not much money at all. Prices start at less than £1000, but you can find a good one for less than £2k. They will need a little more TLC when ridden through the depths of winter though, as they were built to a budget and will benefit from regular cleaning to keep corrosion at bay.