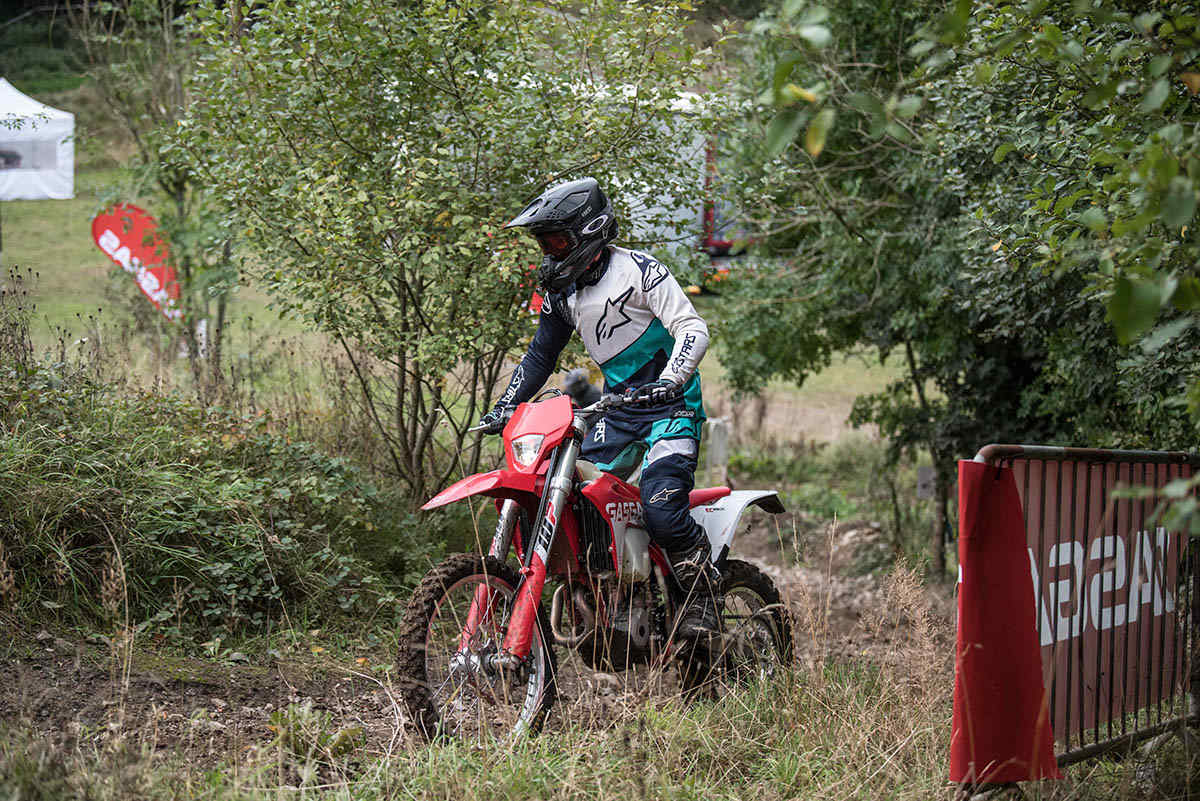 If you’re a fan of off-roading, whether that’s MX, Enduro or even Trials, then I’m sure you’ll have come across a bright red GASGAS at some point on your travels. They may not be major players, but they’re still a sizable Spanish brand, which was formed in the mid 1980s. Yep, they’ve been around that long!

You see, they started out with a focus on trial bikes but after some success the range quickly expanded, with enduro bikes hitting the scene alongside the odd street bike too. Since then, they’ve won a whole host of championships (especially in the Trials scene), released a shed load of bikes and most notably of that, had their issues as a company – which is exactly why GASGAS found itself joining the Pierer Mobility Group (the parent company for KTM and Husqvarna) in 2019.

In 2020, GASGAS ramped up its involvement in motorsport as it entered the MXGP series for the first time, where they managed to stick it on the top of the box at just the third round. In 2021, GASGAS also entered into the Moto3 road racing championship and the AMA Supercross championship as well, we’re they’ve been incredibly competitive (even though they might just be KTMs in a nice, red dress).

Next year the brand will also have a presence in Moto2 road racing as well, with Carole Nash ambassador Jake Dixon rumoured to be at the controls. 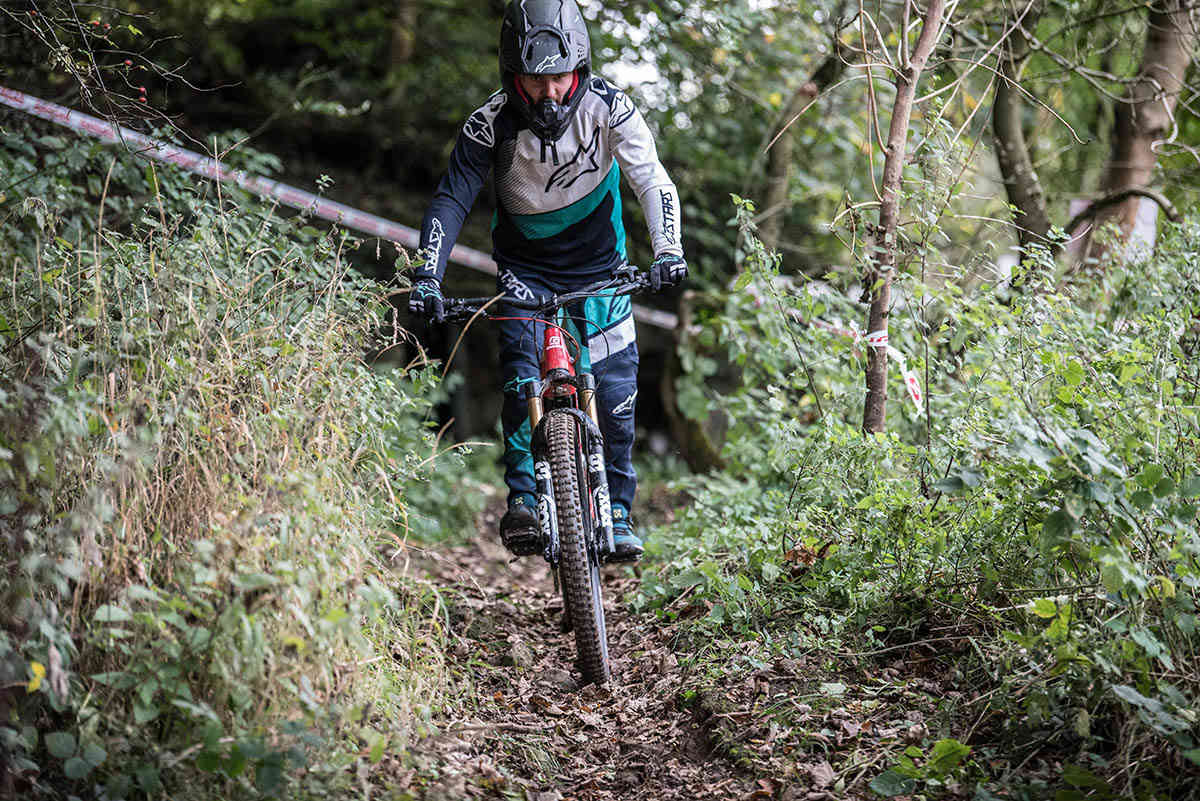 And now, after a turbulent couple of years with the global pandemic, we’ve finally had a chance to sample some of their range, as they look to make even more headway on our shores. With a range that spans Trials, MX, Enduro and even E-MTB, there was going to be a lot of ground to cover. Thankfully, GASGAS invited us along to their ‘United in Dirt’ day, where we could try them all.

Before you read any more of my words have a gander at the video below, it’s worth mentioning that although I’ve had my share of motocross bikes and I own an enduro bike, I’m not a hardcore off-roader; on an MX track for example, I’d be at the slower end of the inters group. But I absolutely love it and having the chance to sample the GASGAS motocross machinery first was perfect as it was fresh.

I managed some seat time on three models: the four-stroke MC 250F and MC 450F, and then the two-stroke MC 125. They’re aimed a little lower on the spectrum than its Husqvarna and KTM siblings (these bikes don’t have some of their features, such as traction control) but they still feel every bit as premium; the look, finish and feel to all three was nothing other than absolutely spot on.

Being the proud owner of a Honda CRF250RX myself, I opted for the 250 F first, and was instantly reminded of just how impressive the focused feel of a full-blooded motocross is. Everything I asked of it, it gave me back ten-fold with insane amounts of grip and feel, a perfect amount of power around the tight MX track and a bucketload of torque on tap, which made learning the new track a doddle.

For my skill level this thing really did tick all my boxes, compared to the 450 F that I hopped on as well; that thing was just an absolute beast not just in terms of its power, but its weight too. For the little, tight track we were using it was a struggle getting it anywhere near the top of third gear and wrestling it around was much harder work – and I felt slower as well.

But then again, I didn’t have much more luck on the two dinger, as I’ve just never grown up on them, and don’t have the riding style to utilise that screaming power on track. I loved how light it was, but the fact it had no electric start? Cor, that’s just not for me. I don’t have the legs for it! 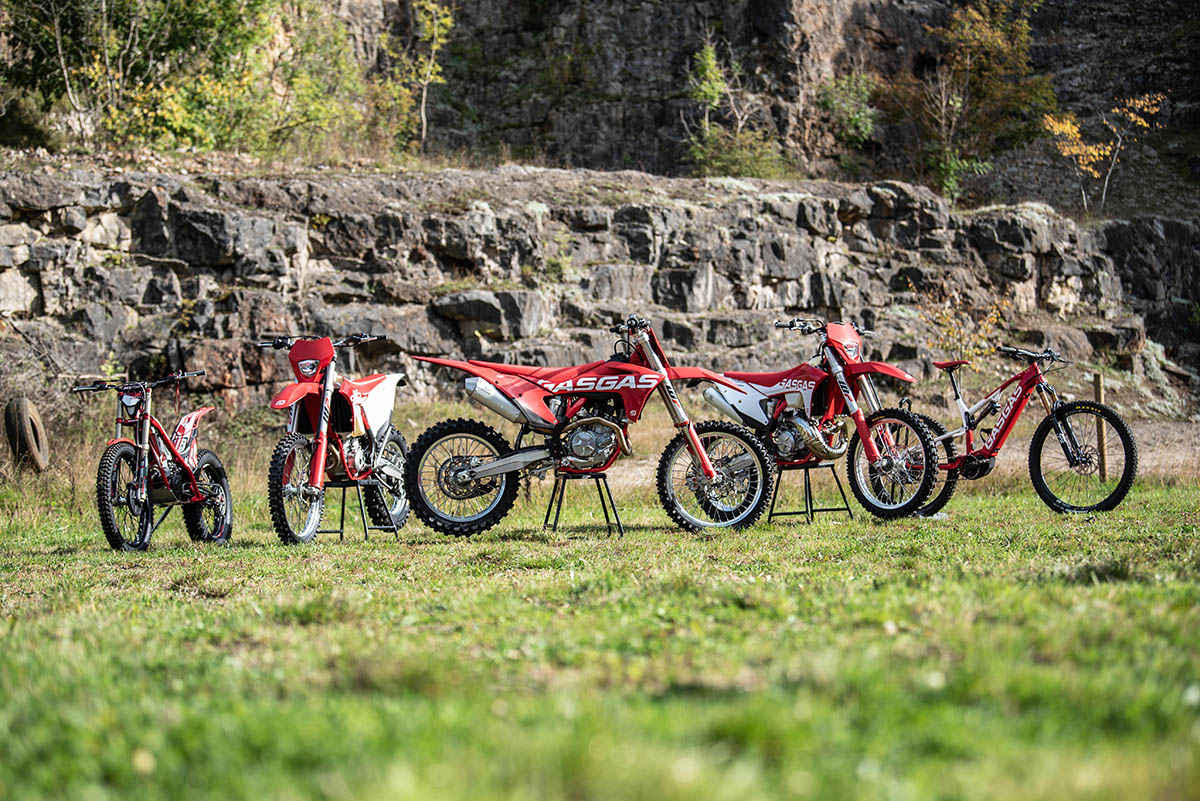 But then again, it wasn’t just all about MX, as we got stuck in on the Enduro stuff straight away. Once again, they had a full range for us and I jumped on the EC 350 F first, and what a weapon that was.

Once again, I found that to be an absolute beast through the tight and twisty wooded section we were nailing. Like the 450cc MX bike, the 350 Enduro was a bit bigger, heavier, and harder to ride for my skill and my size, but the amount of grunt on offer makes up for it, as firing over wet rocks and stones is easier than it ever should be.

Once again, I managed to grab a go on the 250, and a two stroke once again and I have to say I actually enjoyed the EC 300 stroker a lot. Without the pressure of having to constantly ride flat out, and with the weight saving it was a real weapon; plus, it does make an awesome sound too. But for me? That 250 four stroke was the still perfect mixture.

We were also lucky enough to sample not just the range of trials machines, but some of the E-MTBs, which will be available soon as well. After riding one I can see why they’re so popular. To be honest, it was great to test all the machines in the range, and to get a grasp of what they’re like; with the might of Pierer Mobility behind the big red GASGAS plastics I was expecting big things, and they certainly delivered, across each segment.